A study of autoworker claims found that hospitals with the highest prices tended to have the strongest reputations and tight holds on their local markets yet showed little evidence of providing better quality care. 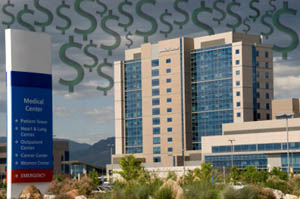 The actual prices insurers pay hospitals are closely guarded secrets in health care. That has made it hard for health researchers to study one of the most important issues: whether patients get better treatments from more expensive hospitals. Hospital list prices, which Medicare published last year, provide no indication about how much hospitals actually are compensated by private insurers.

However, more qualitative, albeit rudimentary data, did not show expensive hospitals excelling. They performed worse than low-priced hospitals in keeping patients from being readmitted within a month and for avoiding blood clots and death in surgical patients. They also did no better in keeping heart attack and pneumonia patients alive than did low-price hospitals, although they were more successful in averting death for heart failure patients. Their overall ratings among patients were not significantly different than low-price hospitals.

The researchers — Chapin White, James D. Reschovsky and Amelia M. Bond — did not take a stand on whether the high prices were warranted, and they characterized the evidence as “mixed.” They noted it is possible that the expensive hospitals might offer much better specialized care, but the current quality measures do not assess those, instead focusing on the experiences of the routine patients.

Teaching hospitals made up nearly half of all the high-priced hospitals but only 17 percent of low-priced hospitals. The expensive hospitals tended to be in places where competitors were near rather than regions where they were the only facility around, even though in those isolated places insurers have no other options and therefore less negotiating leverage.

The researchers found partial justification for higher prices charged by these hospitals. They tended to treat sicker and poorer patients, often received referrals from other hospitals and were more likely to offer specialized, expensive services. And their operating margins were worse: the average loss was 2.8 percent, while low-priced hospitals had an average operating profit margin of 1.5 percent.

But when the researchers factored in all sources of revenue, including donations and investments, they found the total margins for high-priced hospitals were a healthy 4.5 percent, statistically no different than those of low-priced hospitals.