The nation’s largest pharmacy benefit manager said Tuesday it’s not going to try to bring down costs by forcing the makers of two pricey new cholesterol drugs to compete against each other, as it successfully did this year with expensive hepatitis C treatments.

Instead, Express Scripts said it will control spending by aggressively managing which patients get the injectable medications. The firm also said it won some discounts from the treatments’ estimated $14,000 annual list price. 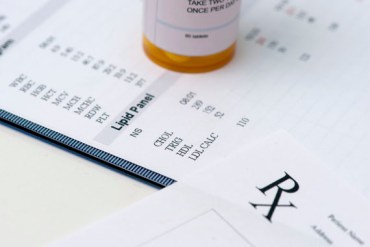 Because the drugs are so expensive – and so many Americans have high cholesterol – analysts and policymakers are watching these medications closely. Express Scripts’ announcement comes amid growing concerns about a range of new drugs that could be helpful for millions of Americans, yet may bust health care budgets for private insurers as well as government programs, such as Medicare and Medicaid.

Express Scripts will limit the new cholesterol drugs to the category of patients for whom the Food and Drug Administration approved the drug: Those who have very high levels of so-called “bad” cholesterol that was not controlled by traditional statin medications.

Such access limits, sometimes called “prior authorization” or “utilization review,” are used when cost is too high, when the overall benefits of a new drug aren’t known, or when it isn’t clear if new drugs have unforeseen side effects.

“This is what FDA wants and this is what they [the drug makers] want,” said Steve Miller, senior vice president and chief medical officer for Express Scripts. “In this case, it was a little bit of both, to control costs and, more importantly, to make sure the right people get on the drug.”

Without price discounts, the two new cholesterol drugs could cost employers, patients and insurers at least $20 billion a year, according to an independent group that evaluated the costs and benefits in a report out last month. Prices needed to drop at least 67 percent to make them a good value and even further if insurers and others want to avoid limiting access, said the Boston-based Institute for Clinical and Economic Review.

Limiting access is one response to high prices, say analysts. Express Scripts said in the first month the new drugs were available, it saw thousands of prescriptions for it – and blocked about half because information on the patients’ cholesterol levels wasn’t provided or no proof was given that a patient had previously tried a statin. The firm expects the percentage of patients it rejects to go down as more physicians learn the rules.

“If they can’t negotiate on price, they have to resort to utilization management, which is understandable, but is not always the ideal thing for patients,” said John Rother, president and CEO of the National Coalition on Health Care, a nonprofit, nonpartisan group of medical societies, businesses, unions and health care providers.

Express Script’s decision cheered the makers of the two drugs, who had feared that one of them might be cut from Express Script’s coverage formulary altogether in a redux of the action Express Scripts took last year with the hepatitis drugs.

“We are delighted that Express Scripts has chosen to preserve physician and patient treatment choice for patients …,” said Anthony C. Hooper, executive vice president for global commercial operations at Amgen, in a written statement.

Amgen makes Repatha, approved this summer by the FDA. The other new cholesterol drug is Praluent, made by Sanofi and Regeneron Pharmaceuticals. While the drugs lower low-density lipoprotein (LDL) cholesterol, they are so new that it isn’t known if they will prove better at reducing heart attacks and strokes than statins.

Statin drugs, pills used to treat cholesterol, are far less expensive, mainly because so many are available as generics. More than one in four Americans over age 40 take a statin drug, according to the Centers for Disease Control and Prevention.

The price of prescription drugs is increasingly in the public eye. Late in 2013, Gilead Pharmaceuticals launched a new treatment for hepatitis C drug, Sovaldi, pricing it at about $84,000 for a course of treatment.

The drug was a big advance over older treatments and represented a cure for many patients. Still, the price tag led many insurers and government programs to limit the drug to the sickest of patients. Gilead enjoyed a monopoly for much of 2014, and didn’t grant hefty discounts to insurers, Express Scripts, or government programs.

When the FDA approved competitor AbbVie’s hepatitis C treatment, Viekira Pak, at about the same cost, Express Scripts negotiated a substantial discount with AbbVie, and took Sovaldi off the formulary.  Other pharmacy benefit firms then used similar negotiating tactics with the two drug makers and the reported price, with discounts, for the treatments has dropped by almost half. Express Scripts and others loosened their eligibility requirements as the price dropped.

That’s what happens in a competitive market, say analysts.

Still, “it’s never been done that aggressively on such a high-profile, high-expense drug,” said Rother.

The firm decided not to cut one of the new drugs from its coverage list, said Miller, in part because the drug makers agreed to its strict utilization controls.