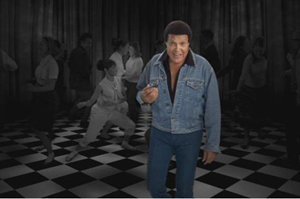 In January 2010, Social Security launched a television, radio and Internet campaign with Chubby Checker to promote a “new twist” that made it easier for senior citizens to qualify for extra help with Medicare prescription drug costs.

More than 2 million Medicare beneficiaries have failed to sign up for a program that could save them thousands of dollars a year in drug costs despite government mailings, ads and even pitches from rock and roll legend Chubby Checker.

The subsidy program, called Extra Help, can provide significant savings on the cost of Part D prescription drug coverage for low-income Medicare beneficiaries. The government estimates Medicare recipients can save an average of $3,900 a year. The subsidy, which began in 2006, helps reduce prescription drug premiums, co-pays and deductibles and plugs the “doughnut hole” or gap in coverage that starts when beneficiaries exceed $2,840 in total drug costs. The Department of Health and Human Services and the Social Security Administration jointly oversee the subsidy program.

Nearly 10 million of the nearly 25 million people enrolled in Part D prescription plans received the low-income subsidy this year. Of those, more than 8 million people were automatically enrolled in the subsidy program, mostly because they are on both Medicaid and Medicare or receiving other federal government support.

A study released in September by researchers at Georgetown University and the University of Chicago estimated that 2.3 million people were eligible for the program but didn’t apply. The percentage of those not automatically enrolled who do seek the discounts  about 40 percent  has changed little since 2006, the researchers found. The study was commissioned by the Kaiser Family Foundation. (KHN is a program of the foundation.)

“This is a really hard population to reach,” said Vicki Gottlich, an attorney with the Center for Medicare Advocacy.  She said many low-income beneficiaries may not speak English or have stable housing that makes it difficult to get them to enroll.

Seniors and the disabled are eligible for the subsidy if their income is less than $16,245 a year for individuals and $21,855 for married couples living together. The value of their stocks, bonds and bank accounts can’t exceed $12,510 for individuals and $25,010 for married couples. The income definition doesn’t include the value of homes or automobiles.

Over the past five years, both Social Security and the Centers for Medicare and Medicaid Services have run publicity campaigns about the subsidy, including using direct mail and working with faith-based organizations and seniors’ groups.

In June 2009, CMS gave states $25 million in grants to help get the word out about the program. This initiative includes special efforts targeting seniors in rural areas and Native Americans. The grant program continues until June 2011.

In addition, in January 2010 Social Security launched a new television, radio and Internet campaign with Chubby Checker.  The theme of the marketing blitz was that Social Security says there is a “new twist” that makes it easier for senior citizens to qualify for extra help with Medicare prescription drug costs.

Mark Hinkle, a spokesman for Social Security, said the agency is doing everything it can to get those eligible to enroll.

Helen Boesch of Perry, Mich., said the subsidy helped her parents, Richard, 76, and Daisy Yenson, 68. Both live with her and have cancer. She estimates the subsidy will save each of them at least a few thousand dollars every year. “It’s really nice to get some help,” she said.

The number of people eligible for the subsidy is expected to rise this year because of two recent changes to the rules. The cash value of life insurance policies is no longer counted toward the asset limit, and assistance received from friends and relatives to pay for household expenses such as food or utilities is also no longer counted as income.

Unlike standard Medicare Part D enrollment  which occurs annually between Nov. 15 and Dec. 31  seniors can apply for Extra Help throughout the year.

Results of the $25 million campaign that provided grants to states varied widely, according to data collected by the National Council on Aging.

States used the grants in different ways to find eligible Medicare beneficiaries. They’ve given grants to nonprofits to go into homeless shelters, work with religious groups and set up enrollment kiosks in public libraries.

In Wisconsin, the grant money has gone to advocacy groups that have visited senior centers, food pantries and even distributed flyers at trailer parks, said Peg Nugent a Medicare training counselor at the Greater Wisconsin Area Agency on Aging Resources.  Using its $800,000 grant, the state has helped find 7,600 people for the subsidy programs. “There’s still a lot more people out there,” Nugent said.

But officials have much to overcome in the recruiting effort. They say that in addition to not knowing about the program, some people don’t sign up because they think they won’t meet the eligibility or are afraid of taking the help. As Elaine Wong Ekin, executive director of California Health Advocates, explained,  “It can be a pride issue or the stigma about asking for assistance,” she said.