Nearly 50 million Americans are enrolled in Medicare, the federal health insurance program for the elderly and disabled. The 2010 health care law, known as the Affordable Care Act, will make some changes to the program. Here are some answers to frequently asked questions about Medicare and the health law.

Q: The health law creates something called a health insurance marketplace. What is that and can I apply for coverage on an exchange?

A: There is no need for you to enroll in the health law’s exchanges. It’s an online marketplace where individuals and small employers without group coverage will be able to shop for insurance coverage. Enrollment begins Oct. 1 for policies that will go into effect on Jan. 1. 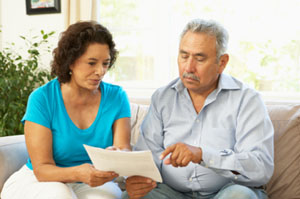 Medicare is not part of the health insurance exchanges.   Seniors will still get health coverage through Medicare’s traditional fee-for-service program or Medicare Advantage plans, private health insurance plans that are approved by Medicare. Those who are enrolled in Medicare Part A, which covers hospital care, or the Advantage plans will meet the health law’s mandate for individuals to have insurance.

Q: Does the health care law offer any new benefits for Medicare beneficiaries?

Q: Does the law cut spending on Medicare?

Those cuts are made by lowering reimbursements to nursing homes, hospitals, home health agencies and other providers. It also cuts payments to Medicare Advantage plans to bring those payments closer to what Medicare pays for care for beneficiaries enrolled in the traditional fee-for-service plan. Medicare officials stress that the spending changes will not reduce Medicare benefits.

Some worry those cuts could lead to access problems, if providers drop out of the program. In the most recent Medicare Trustees report, Paul Spitalnic, then acting chief actuary for the Centers for Medicare and Medicaid Services, wrote that over the long term, some of the health law’s changes would cause Medicare payment rates for home health, hospital and other services to drop below those now paid by the Medicaid program, “which have already led to access problems for Medicaid enrollees.”

A: It does. Currently, Medicare beneficiaries who earn more than $85,000 ($170,000 for a couple) pay more for their Medicare Part B premiums, which cover physician and outpatient services. The health law brought that same sliding-scale approach to beneficiaries’ prescription drug coverage in Medicare Part D for those with incomes of more than $85,000 ($170,000 for a couple). Those income thresholds will be frozen through 2019.

Q: I’ve heard a lot about something called the Medicare “doc fix.” What is that and does the health law fix it?

A: The “doc fix” refers to the sustainable growth rate, or SGR, which is the payment formula based on economic growth that Medicare has used to pay physicians since the late 1990s. Over the past decade, the formula would have cut Medicare physician payments but Congress has stopped the cuts. For example, it calls for a 25 percent drop next Jan. 1. Doctors warn that if the pay reductions were to take effect, fewer physicians will treat Medicare patients.

The health law does not change that formula, but there is bipartisan legislation pending on Capitol Hill that would. The House Energy and Commerce Committee passed a measure in July to repeal the SGR but the bill does not specify how to finance a fix.  The House Ways and Means Committee and the Senate Finance Committee are working on legislation as well.

FAQ: Seniors On Medicare Don’t Need To Apply To The Health Law Marketplaces