One provision of the Senate’s emerging deal to reopen the federal government and extend the federal debt ceiling includes a one-year delay of a tax to help provide relief to insurers which cover large numbers of high-cost medical cases.

Here are some frequently asked questions about the health law’s temporary “reinsurance tax” and how it would work.

Q: What is the “reinsurance” tax?

A: It is a $63 tax assessed on nearly every health insurance plan enrollee for the next three years.  The money collected is then used to help insurers in the individual market with high-cost cases  that reach beyond a catastrophic cap. The fund would reimburse insurers for 80 percent of costs for claims between $60,000 and $250,000 per person.

Q: Why was the tax included in the health law? 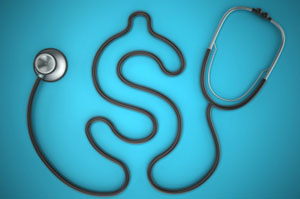 Because these marketplaces are so new, insurers were not sure if the pool of enrollees would be balanced with enough healthy individuals to guarantee that the companies would not lose money . Without the reinsurance tax, individual market premiums would be about 10 to 15 percent higher to cover that concern, according to the Department of Health and Human Services.

Q: Who opposes the tax?

A: Large employer and union-sponsored health plans dislike the tax because they cannot access its benefits.  The “reinsurance” reimbursements are available only to insurers in the individual market, not group plans.

Q: A Senate proposal to reopen the government and extend the federal debt ceiling would make some changes to this tax. What are the changes?

A: It would delay the collection of the tax for one year – until 2015 – but still collect the tax over a three-year period for a total of $25 billion.  Insurers would still be able to claim reimbursements starting in 2014, with the reimbursements ending in 2016. Basically it’s a budget-neutral measure  that would not require additional  revenue be raised to offset the delay.

A: It’s unclear. A final Senate plan has yet to be announced,  and House Republicans are trying to draft their own proposal.  Provisions – including the reinsurance plan – can come and go quickly in the fast-moving negotiations.

FAQ: What Is The ACA’s ‘Reinsurance Tax’?