One of the earliest provisions rolled out under the 2010 Affordable Care Act allows young adults to remain on their parents’ health insurance plan until they reach age 26. It was immediately popular. 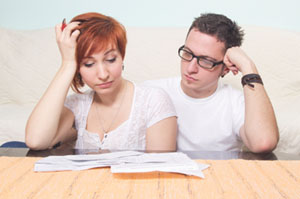 Before the law, dependent children often “aged out” of their parents’ health plan at age 19, or 22 if they were full-time students. Last year, an estimated 7.8 million adults between the ages of 19 and 25 were able to either join or stay on their parents’ plans, according to the Commonwealth Fund’s 2013 annual tracking survey. The figure includes 3.3 million young adults between 19 and 22 who were not full-time students and 4.5 million young adults age 23 to 25.

In 2014, options for young adults, many of whom either aren’t offered health insurance at their jobs or can’t afford it, will expand again with the opening of the state health insurance marketplaces and the expansion of the Medicaid program to low-income adults in many states. Here’s what to look for:

Q. Who’s allowed to stay on their parents’ plan?

A. Nearly all young people can do so until age 26, even if they’re married, financially independent and no longer live with their parents. Young adults who are offered coverage through their own jobs can choose that plan or stick with their parents’ plan if they prefer.

Q. What about young adults whose parents don’t have insurance on the job? What are their options?

A. If they don’t have insurance through work, starting Oct. 1 young adults can shop for coverage on the insurance marketplaces, also called exchanges, for coverage that begins in January. That open enrollment period will continue until the end of March.

Plans will cover 10 “essential health benefits” but will vary in the amount of cost sharing that they require. Subsidies will be available for people with incomes between 100 and 400 percent of the federal poverty level ($11,490 to $45,960 for individuals in 2013).

In addition, people up to age 30 will have the option of buying a catastrophic plan that will cover only minimal services until they meet a deductible of roughly $6,400.

The private market will also have plans that are available to young adults. But subsidies will be available only for exchange plans.

Depending on their income and where they live, some young adults may qualify for Medicaid under ACA provisions that expand coverage to individuals with incomes up to 138 percent of the federal poverty level ($15,856 in 2013). States can decide whether to adopt the expansion; about half have done so.

Most people who opt not to get coverage will face a fine next year of $95 or 1 percent of their income.

Q. Is there any reason not to sign on with the parents’ plan?

A. Apart from general cost and coverage considerations, there are a few specifics to keep in mind when weighing a parent’s plan. If children are studying or working in areas away from their parents’ home, there may be no local providers who are in their insurance network, and going to out-of-network doctors or hospitals can be expensive. For young adults who are healthy, delaying a doctor visit until they return home may not be a problem, but for those with chronic conditions that may not be feasible. (See the question above for more coverage options for children who don’t live in the service area covered by their parents’ health plan.)

In addition, if a young woman plans to become pregnant while on her parents’ plan, she should check to make sure maternity benefits are covered. Although by law most group plans must provide maternity coverage for employees and their spouses, children aren’t protected by the law, and employers don’t always provide coverage.

Q. What if the parents are on Medicare? Can an adult child join them?

A. No. Medicare is primarily a program for individuals who are 65 and older. There’s no family coverage available.

Q. Can a young adult qualify for subsidies on the exchange even if she has access to health insurance on the job or through her parents’ plan?

A. It depends. Assume for the moment that the young adult is not claimed as a dependent on her parents’ tax return. Even if she has access to her parents’ insurance, she can shop for a plan on the state marketplace. In addition, if her income is between 100 and 400 percent of the federal poverty level, she may qualify for subsidies as long as she doesn’t have an offer of good health coverage through her own job.

If her own job offers health insurance that meets the ACA’s standards for affordability and adequacy, however, she wouldn’t be eligible for subsidies on the exchange. Under the ACA, a plan is considered affordable if self-only coverage costs no more than 9.5 percent of a person’s income, and adequate if it pays for at least 60 percent of covered medical expenses.

Q. What happens if the young adult is claimed as a dependent on her parents’ tax return?

A. In that case, if she shops for a health plan on the exchange she will generally be eligible for subsidies only if coverage for an individual in the family’s plan is considered unaffordable based on the family’s income, and then only if her family’s household income is between 100 and 400 percent of the federal poverty level.

Similarly, if she wishes to apply for Medicaid and lives in a state that has expanded coverage, she would generally be eligible if her family’s household income is less than 138 percent of the federal poverty level.

Q. Young people’s participation in the health insurance marketplaces is considered crucial to keeping health care costs affordable overall. But if they’re healthy and don’t expect to need coverage, what’s the upside for them?

A. It’s true that in order to keep health care costs on the marketplace affordable for everyone, it’s important that healthy young people sign up. Their participation will help balance out the generally higher health care costs of older, sicker members.

Despite being generally healthy overall, however, young adults do use health care. Fifteen percent of young adults have a chronic condition such as asthma or diabetes. Young adults are also more likely than any other age group to make injury-related visits to the emergency department.

Besides, as experts note, healthy young people today will age and eventually need more health care services themselves when they are older.

Options For Young Adults: Stay On The Folks’ Plan, Move To The Marketplace Or Go Without