The Food and Drug Administration announced a sweeping plan on Friday to review and address the safety of surgical staplers, including a new examination of seven years’ worth of hidden reports highlighted Thursday in a Kaiser Health News investigation.

In a letter sent to health care providers Friday, the FDA said it will convene an advisory meeting on the safety of the devices and signaled that it might reclassify surgical staplers to put them under tighter control. The agency also said it plans to issue proposed recommendations to companies that make the devices, which are used in countless surgeries.

The FDA also acknowledged in its letter that “we are aware that many more device malfunction reports during this time frame” were submitted as “summary reports,” which go to the FDA but are not included in the public database known as MAUDE (the Manufacturer and User Facility Device Experience). The agency said it “is conducting an analysis” of those summary reports and the results will be made available to the public.

The KHN investigation found that in 2016 alone nearly 10,000 surgical stapler malfunction reports flowed into the internal FDA database that few patient-safety experts who were contacted knew existed. The public database that year disclosed fewer than 100 injuries or malfunctions.

The secretive reports on staplers were part of a much broader FDA program, collectively called “alternative summary reporting.” Since the start of 2016, more than 1.1 million serious injury or malfunction reports went into the internal database instead of being disclosed in detail in MAUDE, which is widely used by doctors and researchers to track problems.

The FDA has said “about 100” devices have had special exemptions to report incidents that way but confirmed the identity of only a few devices to KHN. The agency said it revoked most of the reporting exemptions in 2017 as a new summary-reporting program took shape and asked device makers to file reports noting publicly that summary data was being submitted in addition to data that would be kept inside the agency. 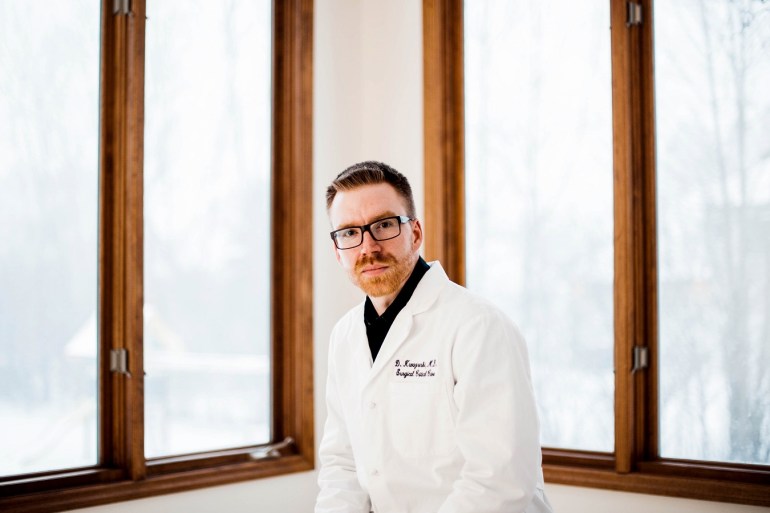 The news report highlighted the work of Dr. Douglas Kwazneski, who experienced a stapler malfunction then turned to FDA data and saw “there was nothing” — a surprise that at the time “seemed like a cover-up,” Kwazneski said.

Surgical staplers cut and seal blood vessels and tissue, often during minimally invasive surgeries. When the staplers fail to fire, patients have bled profusely and suffered dire injuries or death. The FDA said stapler malfunctions or misuse can lead to “bleeding, sepsis, tearing of internal tissues and organs, increased risk of cancer recurrence, and death.”

The FDA has granted reporting exemptions over the years for both surgical staplers and staples, agency records show.

Stapler maker Medtronic confirmed that its reporting exemption for surgical staples ended in mid-2017. FDA records show that its public reports of injuries and malfunctions soared, from about 1,000 in 2015 to 11,000 last year. Ethicon, which also makes staplers, said it has not used the reporting exemption.

In the agency’s Friday announcement, Dr. William Maisel, chief medical officer in the FDA’s Center for Devices and Radiological Health, said the agency’s review of stapler incidents is ongoing. “But we know these devices provide important benefits for patients undergoing surgery, so it’s important for us to continue to educate providers about the devices’ safety and risk.”

“Improving the safety of surgical staplers and implantable staples is a top priority for the FDA, and we believe our forthcoming draft guidance to industry and planned advisory committee meeting will advance those efforts,” Maisel said.

The agency’s announcement said that public reports of harm by staples and staplers show “that from January 1, 2011 to March 31, 2018, the FDA received more than 41,000 individual medical device reports for surgical staplers and staples for internal use, including 366 deaths, more than 9,000 serious injuries, and more than 32,000 malfunctions.”

The agency also said that changing the classification of surgical staplers could allow the agency to require “performance testing of various mechanical features” and special labeling.