The Food and Drug Administration removed an obstacle from of its “compassionate use” policy this month, eliminating some paperwork that physicians must do to obtain experimental drugs for some patients with immediately life-threatening illnesses.

Doctors will now file an application for FDA approval that contains just 11 questions, 15 fewer than the old form. They should be able to complete this new version in 45 minutes, the FDA said. The new form is simpler because it was designed for individual patients, replacing an all-purpose format that had been used by doctors acting on behalf of individuals or small or large groups of patients.

There had been concerns that doctors unfamiliar with how to submit the old form might have been deterred from applying for compassionate access, which is also known as expanded access, said FDA spokeswoman Sandy Walsh.

The policy is intended to help patients with incurable diseases who have tried all standard therapies and hope to extend their lives by taking experimental drugs not yet approved by the FDA, said Dr. Edward Kim, chair of the Department of Solid Tumor Oncology at the Carolinas HealthCare System’s Levine Cancer Institute.

The FDA’s old form was a “pretty laborious process,” Kim said. When doctors are serving patients whose time is precious, every minute saved on paperwork can help, he said.

In streamlining its path to approval, the FDA has bolstered a larger movement in the U.S. to make experimental drugs more accessible to certain patients. Currently, 20 states have “right to try” laws aimed at improving terminally ill patients’ access to experimental treatments, according to the Regulatory Affairs Professionals Society.

Despite benefits for time-pressed physicians, the FDA’s slimmed-down application form might not speed those drugs faster to patients whose time is running out. 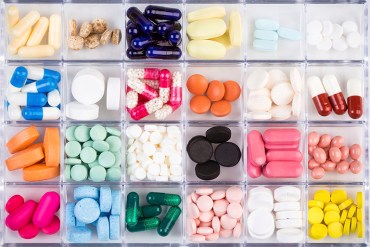 Doctors still must first obtain a letter of authorization from that drug’s manufacturer. That’s voluntary and the FDA can’t compel them to grant permission. Manufacturers might reject requests because they’re worried about liability if the drug causes harm or they might consider the drug unsuited for a particular patient.

“There has been a tendency to focus on this FDA paperwork as the significant part of gaining access to drugs, but where most requests stop is with the company making the drug,” said Mark Fleury, a policy analyst at the American Cancer Society Cancer Action Network.

After doctors get manufacturers’ consent, they next submit an application to the FDA. It has approved 99 percent of the applications filed for the past six years, FDA figures show. Only 14 out of 1,430 applications were rejected in fiscal year 2015.

Expanded access is intended for patients unable to get access to drugs that are being tested in clinical trials. Sometimes a patient is unsuited for the trial or there might not be a trial to enter at the time the patient needs the drug.

Investigational drugs aren’t without risk. The FDA hasn’t vouched for the safety of the drugs and they could cause unknown side effects, such as liver damage.

They may also be ineffective. Just because a drug is working for a patient in a clinical trial, doesn’t mean it will work for another patient in different circumstances who doesn’t qualify for that trial.

FDA Eases Paperwork To Help Some Patients Get Experimental Drugs