Three insurance companies confirmed Thursday that they have enrolled customers through the federal online marketplace created by the health law, but the numbers were meager and signup frustration continued for many people. 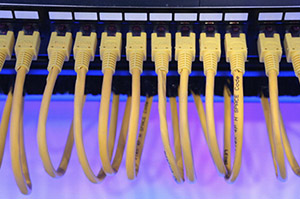 While completed signups at Cigna, Aetna and a Blue Cross plan in Louisiana confirmed that the federal system serving 36 states is functioning at some level, there were continued reports of delays and failures.

As it did on the first two days of the online enrollment under the health law, the Obama administration blamed the delays on overwhelming volume, but analysts suggested software design might also be a problem.

“This is not solely a traffic issue,” said Dan Mendelson, CEO of consultant Avalere Health. “There are more underlying issues that have to be resolved.”

Startup headaches aren’t unusual for systems of such size and complexity, but delays could hinder enrollment if they don’t ease significantly by the end of next week, the analysts said.

“We will have a sense by the end of next Friday on what impact this is going to have on consumers’ ability to have coverage” in January, said Dan Schuyler, a director at consulting firm Leavitt Partners and former information technology director for the Utah Health Exchange.

Insurers are increasingly promoting their own websites as alternative venues for consumers to compare plans and even create accounts for later follow-up. Although shoppers may also see non-marketplace plans on those insurers’ websites, only exchange plans are eligible for the federal tax credits to reduce the cost of coverage.

Consumers lacking health insurance have until Dec. 15 to sign up for subsidized coverage beginning Jan. 1, but the open enrollment period for 2014 ends March 31.

The Obama administration said it was working hard to fix the problems which it continued to attribute to high demand.

“Experts are working around the clock and were able to expand system capacity somewhat overnight, cutting by one-third the volume of people waiting to apply,” said a spokeswoman for the Department of Health and Human Services. “Work on the site continues today.”

But others suggested that design flaws seem to be at least partly to blame for the headaches.

Difficulty setting up security questions and other problems encountered by users “are technical issues, not [just] volume,” Schuyler said. “What it comes down to is there wasn’t enough time to thoroughly test the systems.”

“This is not a glitch. A glitch is a minor problem,” said Robert Laszewski, a consultant and former insurance executive. “The real story is that the Obamacare computer systems simply are not working.”

Patsy Burkins, executive director of the Charlotte Community Services Association, which is helping to enroll consumers, said she’s been trying unsuccessfully for three days to get onto the federal exchange to look at prices in the Carolinas. Because she has failed to get on the site even as early as 5 a.m, she doesn’t believe the problem is due to traffic.

More than a dozen states constructed their own portals for the policies sold to individuals, families and small businesses. Many were reported to be working better than the federal site, partly because they allow shoppers to browse plans without going through the trouble of creating an account, which reduces the burden on the servers.

Besides being unable to enroll in plans, consumers in the 36 states dependent on the federal exchanges can’t get basic information about their insurance options.

In comparison, it takes less than 20 seconds to start shopping for a health plan on the Nevada, Colorado and Connecticut exchanges where you can get a list of plans and prices by entering your zip code, age and annual income.

Kevin Walsh, senior vice president of eligibility and insurance exchange services at Xerox, said about 75 percent of the people using the Nevada exchange so far are anonymously browsing. Xerox is the key private contractor that helped build the Nevada exchange. “It was part of our plan to make the site as user friendly and non-intimidating as possible,” he said.

The Nevada web site has had 77,000 unique visitors as of Wednesday night and nearly 19,000 user accounts were created.

While many insurers have declined to furnish enrollment numbers, some say the federal site has worked for at least a few customers.

“We’re beginning to see people enroll as of last night,” Cigna spokesman Joe Mondy said Thursday. “As of yesterday, I was telling folks it’s not working. As of last night, they’ve been trickling in. And I do mean trickling. We’re not seeing waves of folks.”

BlueCross BlueShield of Louisiana got seven enrollees in a Wednesday evening data transfer from federal computers, although one may have been a duplicate, said Michael Bertaut, a senior economist for the plan.

Unlike some other insurers, the Louisiana insurer ran a week of successful tests with the federal system before going live this week, Bertaut said.

Aetna also confirmed it had enrolled consumers from the federal system, but did not disclose any numbers.

The nation’s largest health insurer, UnitedHealthcare, did not respond to requests for information.

At Health Care Service Corp., a multi-state Blues system based in Illinois, “we can’t confirm the end-to-end completion of enrollment activity via the marketplace,” spokeswoman Lauren Perlstein said Thursday.

Instead, HCSC was pointing customers to its own site, where the company is accepting applications and following up with people to complete enrollment.

Cigna was doing the same thing.

“Most people are going to look on the exchange and see what plans are out there and at some point they’ll want to go beyond the exchange to the portals of the carriers they’re interested in,” Mondy said.

There were continued widespread reports of consumer frustration with the federal signup process on Twitter, Facebook and other social media.

Daniel McNaughton, a 22-year-old college student in Orlando, Fla., tried to enroll Tuesday, just when the marketplace opened for business. He tried three or four times the next day and was finally able to enroll Wednesday morning.

Currently, he has a catastrophic plan that pays for only three doctor visits a year.

On the federal exchange, he picked a gold-level plan, one of the most expensive options, and a premium of $270 per month. But after a large federal subsidy, his contribution will be $70 a month – the same amount that he is currently paying but for much broader coverage.

“I’m thrilled,” he says. “To get something this good at that price?  It was a complete surprise.”

Waiting to sign up until next week or later might be the best idea for many consumers, analysts said.

“It’s not like tickets to a hot concert … You have until Dec 15th,” said Susan M. Nash, a health lawyer at McDermott Will & Emery. “It’s probably better for people to wait to sign up until some of the glitches have been worked out.”

Experts Suggest Software Problems, Not Just Demand, May Be Behind Marketplace Glitches