Last week, a federal judge refused to halt new rules allowing employers to tie participation in wellness programs to financial incentives totaling as much as 30 percent of the cost of employee-only health coverage.

AARP filed the lawsuit against the Equal Employment Opportunity Commission in October. The commission’s rules, which went into effect Jan. 1, say employers’ programs can be considered voluntary as long as the rewards for participating or penalties for not doing so don’t exceed the 30 percent threshold. The advocacy organization for older Americans claimed that penalties that high would double or triple employees’ health insurance costs if they opt out and coerce employees into sharing private medical information. Some groups have raised concerns that workers could face discrimination if employers have access to their private medical information or that the data could be leaked or sold. 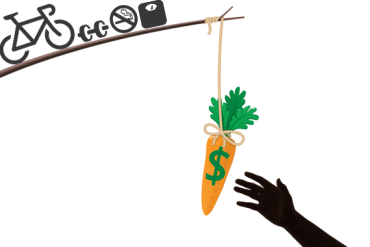 But a group representing large employers said the lawsuit was a nonissue because the value of the wellness incentives most offer is nowhere near the 30 percent limit allowed under the regulations.

Under the Americans with Disabilities Act and the Genetic Nondiscrimination Act, employers are generally allowed to ask workers or their family members health-related questions or conduct medical exams only if it’s part of a voluntary wellness program. Consumer advocates have long been concerned that offering workers significant financial incentives to take part in wellness programs risked being coercive: workers couldn’t afford not to participate.

The EEOC wellness program rules, which were issued in May, align the commission’s earlier standards with wellness program limits under two key federal health laws, the Obama administration’s Affordable Care Act and an earlier statute called the Health Insurance Portability and Accountability Act, or HIPAA.

In denying AARP’s request for a preliminary injunction, Judge John Bates of the U.S. District Court for the District of Columbia found that AARP hadn’t demonstrated it was likely to win the case on its merits or shown that members would suffer irreparable harm if the rules took effect.

“While AARP is disappointed in this result, it is only a temporary setback,” said Dara Smith, an attorney at the AARP Foundation. “We fully intend to continue pursuing the case to ensure that disclosure of personal and family medical information to wellness programs is truly voluntary, as provided under the civil rights laws.”

The average annual premium for employee-only coverage in 2016 was $6,435, according to the Kaiser Family Foundation’s annual employer survey. At that price, an employer could offer a maximum reward or penalty of $1,930 to workers for participating in a wellness program. (KHN is an editorially independent program of the foundation.)

But most employer wellness incentives are not nearly that large, said Steve Wojcik, vice president of public policy at the National Business Group on Health, a membership organization representing large employers.

In 2016, half of employers offered workers incentives of less than $600 annually for participating in a wellness program, according to the group’s annual employer-sponsored health and well-being survey, Wojcik said.

“For most employer plans, this [threshold] is not really going to be an issue for their wellness programs and their wellness incentives,” he added. “Most of them are nowhere near the 30 percent.”