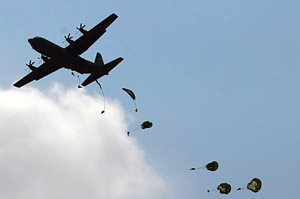 Earlier this year, governors — both Republicans and Democrats — asked the federal Department of Health and Human Services for greater freedom in bending  Medicaid rules to make it easier to narrow gaping state budget deficits.

The department demurred, but offered the states teams of experts to search for savings within the current rules. The teams, HHS said at the time, would be deployed to states that asked for help on Medicaid, the state-federal program for the poor and disabled.

Some states with Republican governors who have been publicly critical of the Obama administration have quietly gotten advice from the HHS teams. Some of the GOP-led states say they didn’t seek the help but got it anyway.

Not all are happy with the results, and the politics surely affect their views.  “While we appreciate the team’s assistance, our experience has been mixed,” said Louisiana’s health secretary, Bruce Greenstein, in a statement forwarded by his communications director. Greenstein’s boss, Gov. Bobby Jindal, a Republican, has clashed with the Obama administration before over health issues and challenged the constitutionality of the federal health law.

“Despite their expert knowledge of federal rule[s], the hard-working people at CMS have an impossible task,” Greenstein said. “The Medicaid delivery program is fundamentally broken, and even the best federal bureaucrats are hamstrung by an out-of-date program that severely limits each states’ ability to run an efficient program that meets the needs of the people we serve.”

Mary Kahn, a spokeswoman for the federal Centers for Medicare & Medicaid Services, said recent talks with the Louisiana officials had been productive.

Officials in other states, including New Jersey, were more positive about the HHS help. In an e-mail, Nicole Brossoie, an assistant commissioner in the state health department, said that as New Jersey “considers a variety of initiatives to lower costs in the Medicaid program, the [HHS] team has been a useful resource.”

As the state considers proposals such as one to allow Medicaid managed-care plans to provide long-term-care benefits, Brossoie said, New Jersey does “so knowing that it has the input and insight of the skilled [team].”

State budget gaps around the country have swelled, fueled in large part by Medicaid costs. Federal officials are, meanwhile, unrolling the health care law that would add 16 million more people to Medicaid’s rolls. Even though the federal government would pay for most of the added costs, Republican governors warn that they already cannot afford their Medicaid bills. The tension between the governors’ money woes and federal efforts to expand coverage simmers beneath the bureaucratic endeavors.

The teams, known as Medicaid State Technical Assistance Teams, were dispatched in February “to provide intensive and tailored assistance to States,” according to a Feb. 4 bulletin from Cindy Mann, the top federal Medicaid official.

The announcement followed up on a letter sent by HHS Secretary Kathleen Sebelius to governors the day before. Sebelius acknowledged that governors had asked for flexibility to limit eligibility for the entitlement, but offered instead ideas for curbing benefits, increasing the use of managed care and fighting fraud.

Some analysts were surprised to find that so many Republican state administrations had requested the help, given that they had stressed the importance of restricting eligibility  something HHS opposes and the health law largely forbids. Eleven of the 21 states currently getting help from the teams have a Republican governor.

Republican Gov. Gary Herbert of Utah met in person with Mann on Feb. 10. Later that day, he issued a press release titled “Governor Herbert Defends Utah’s Ability to Solve its Own Problems,” saying he told Mann that Utah needed more flexibility to modify its Medicaid program.

But, according to the information from HHS, Utah is among the states getting help from the teams. Tom Hudachko, a spokesman for the Utah health department, said federal officials unilaterally assigned a team to the state after state officials outlined a plan to contract directly with health systems, such as Intermountain Healthcare, a widely respected network of hospitals and doctors, to care for Medicaid patients.

The federal Medicaid agency counters that Utah made an earlier, formal request for help from the teams on a health IT plan, and last week asked for assistance with its latest proposal to contract with health systems. The agency assigned one of the teams because it considers that plan a “reform” proposal.

HHS is also counting Mississippi as a state getting help from the teams but Francis Rullan, a spokesman for Gov. Haley Barbour, said the state never asked for the help. Rullan acknowledged that state officials took a call from an HHS team assigned to their state on March 11. They discussed a plan to support care for medically fragile children by using penalties collected from nursing homes that were in violation of state regulations, Rullan said.

The federal Medicaid agency earlier rejected one version of the plan, but now, Rullan added, the issue “has been resolved.”

Ed Haislmaier, a policy analyst at the conservative Heritage Foundation, said it’s no surprise that governors of both parties are seeking help. “I don’t care whether you’re a Republican or Democrat, you have to deal with HHS over this program because it’s one of the largest things in your budget,” he said. “The question is, are [HHS officials] really giving them flexibility with the programs” or just finding smaller savings within the current rules.

A federal team is also working on a plan by Arkansas Gov. Mike Beebe, a Democrat, to overhaul his state’s Medicaid payment system. Arkansas requested help designing the program, which he hopes private insurers and Medicare, the federal health program for the elderly and disabled, would also adopt in his state. The idea is to pay groups of providers who have agreed to work together a lump sum when patients require treatment.

Louisiana, despite the reservations of Greenstein, its top health official, has asked for help with its plan to build “coordinated care networks,” partnerships between health plans and primary care doctors that would receive flat monthly fees for caring for patients.

Lisa Faust, a spokeswoman for Louisiana’s Medicaid program, wouldn’t discuss specific details about the team’s work. However, an official in the federal Medicaid agency’s Dallas office — which has sent staff to Louisiana — described their work in an e-mail forwarded by spokesman Bob Moos.

“Currently, there is little to no managed care operating within the state, so it’s seeking assistance on all aspects of managed care, including planning, contracts and quality coordination,” the official said.