More than 70 percent of people who currently have insurance through the health law’s federal online marketplace could pay less for comparable coverage if they are willing to switch plans, officials said Thursday.

With a Dec. 15 deadline looming for coverage that would begin Jan. 1, current policy holders should come back to healthcare.gov to see if they can get a better deal, the officials said.  They’ll find more plans available and nearly 8 in 10 current enrollees can find coverage for $100 or less a month, with subsidies covering the rest of the cost. 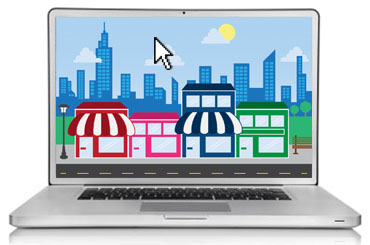 A Department of Health and Human Services analysis of 2015 individual market premium data for 35 of the states participating in the federal marketplace, or exchange, found that premiums for the lowest-cost silver plans will increase on average by 5 percent, while prices will increase on average by 2 percent for the second-lowest-cost silver plans, which is called the benchmark plan because subsidy levels are pegged to its cost. “The plans offering the lowest prices have sometimes changed from 2014 to 2015, so consumers should shop around to find the plan that best meets their needs and budget,” the report advises.

If they stay in their current plan, consumers may discover that their subsidy may not go as far if the price of the benchmark plan declined for 2015.  “We strongly, strongly encourage people to come back to the website and shop,” marketplace CEO Kevin Counihan told reporters during a press call.  Federal marketplace enrollees who do not switch plans by Dec. 15 will be automatically re-enrolled in their current coverage.

Those who don’t switch plans might see higher prices.  “For the vast majority of people, if they stay in the same plan, I think they’ll see rate increases in the single digits to high single digits,” said Andy Slavitt, CMS principal deputy administrator. “That’s not going to be true for every individual. Some will go down, some will go up a little bit higher.”

The number of companies offering policies for next year has increased by 25 percent.  Consumers can choose from an average of 40 plans for 2015, up from 30 in 2014, based on the HHS analysis, which examined plan rates at the county level.

Consumers have until Feb. 15 to enroll for coverage in 2015, the marketplace’s second year.

The HHS analysis, mirroring other reviews of 2015 premiums, shows that what consumers pay for coverage depends on where they live.  In Juneau, Alaska, for example, a 27-year-old enrolled in the second-lowest-cost silver plan would pay $449 per month for coverage in 2015 before tax credits, a 34 percent increase from 2014.   In Jackson, Miss., that same level of coverage would cost $253, or 24 percent less than $332 charged in 2014.