The Justice Department on Monday accused a defunct chain of Tennessee-based pain clinics of cheating Medicare and other taxpayer-funded health insurers out of at least $25 million in needless urine drug tests and genetic testing. 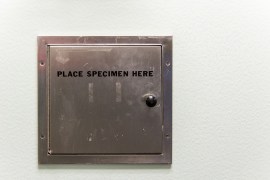 Pain doctors soak up profits by screening urine for drugs.

At its peak, CPS ran 60 pain clinics in a dozen states and treated some 48,000 patients per month, according to the suit. It shut down abruptly last summer, leaving many chronic pain patients scrambling to find a new source of narcotic medicines.

The Justice Department fraud case centers largely on the company’s lucrative urine-testing lab in Brentwood, Tenn., which CPS financed with a $1.5 million loan. The suit also alleges overbilling from acupuncture and other services offered to patients.

CPS was the subject of a November 2017 investigation by Kaiser Health News that scrutinized Medicare billings for urine drug tests.

Medicare and other federal programs paid over $70 million from 2011 to 2018 for CPS-ordered urine tests, an amount the lawsuit called “staggering.” TennCare, the state’s Medicaid program, paid more than $9 million more during that time.

“For this reason, CPS considered [urine tests] to be ‘liquid gold’ — with revenues of tens of millions of dollars for what was largely unnecessary medical testing,” according to the suit.

The chain’s owners and then-CEO John Davis “viewed every CPS patient as an opportunity to make money, without regard to the individualized need for treatment,” the suit alleges. Davis was convicted last year in Nashville on federal criminal health care fraud charges. He has since filed a motion for a new trial.

Dan Martin, an attorney representing Kroll, said in an emailed statement: “We are aware of the allegations and very familiar with the actual facts. Dr. Kroll did not engage in any wrongdoing whatsoever, and we look forward to correcting the government’s misunderstanding of the facts.”

Dickerson’s attorney, Ed Yarbrough, also issued a statement that read: “Dr. Dickerson is an honest man. We will prove that in court.”

In its investigation, KHN, with assistance from researchers at the Mayo Clinic, found that spending on urine screens and related genetic tests quadrupled from 2011 to 2014 to an estimated $8.5 billion a year — more than the entire budget of the Environmental Protection Agency. The federal government paid medical providers more to conduct urine drug tests in 2014 than it spent on the four most recommended cancer screenings combined.

CPS was among the nation’s most aggressive testers. KHN found that in 2014 five of its medical professionals stood among the nation’s top billers. Anita Bayles, a nurse practitioner working at a CPS clinic in Cleveland, Tenn., generated $1.1 million in urine-test billings that year, according to Medicare records analyzed by KHN.

The Justice Department suit says that CPS believed Bayles ordered too many urine tests and overprescribed opioids and in September 2016 decided to fire her. But the decision was reversed by CEO Davis “because of her ability to generate revenues,” according to the suit. Bayles could not be reached for comment.

Though CPS ran six or more urine tests a year on many patients receiving narcotics, its doctors often did not review the results to make sure patients did not abuse them, according to the suit.

Kroll, who also served as CPS’ medical director, told KHN in 2017 that the high volume of tests was justified to keep patients safe and to reduce chances of black market sales of pills. Kroll billed Medicare $1.8 million for urine tests in 2015, the KHN analysis of Medicare billing records found.

Kroll said in a 2017 interview that he and Dickerson came up with the idea to open a high-quality pain practice over a cup of coffee at a Nashville Starbucks in 2005.

But the Justice Department alleges that CPS expanded rapidly through bilking the government, conduct that its top executives and founders “failed to take any action to stop,” according to the suit.

In what is called a “particularly egregious example of this fraudulent conduct,” the Justice Department alleged that Kroll caused over 2,500 claims to be submitted to Medicare, for which CPS was paid almost $350,000, during a 10-day period in May 2017 when Kroll was on vacation in Italy.

“Because of these fraudulent claims, Kroll’s billing privileges with Medicare have been revoked,” according to the suit.

The lawsuit states that Medicare officials began investigating overcharging for urine testing at CPS in 2014 and eventually directed the company to repay the government $27.4 million in an extrapolated penalty. But CPS aggressively appealed the decision and managed to get it overturned and stay in business.

Once among the largest pain management groups in the Southeast, CPS crumbled amid financial woes that included nearly a dozen civil suits alleging unpaid debts, as well as the criminal case against Davis. In a court filing in December, the company said that it had terminated all of its employees and that its debts “greatly exceed its assets.”