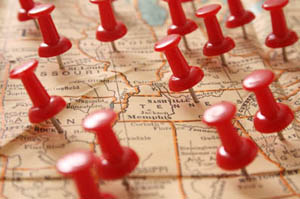 By telling Arizona Tuesday it can effectively end Medicaid coverage of a quarter million people, the Obama administration has pointed out a potential escape hatch for other financially strapped states seeking to cut people from the program.

It’s just not clear how big the hatch is.

Arizona Gov. Jan Brewer had asked for a waiver from a requirement in the new health care law that states maintain current eligibility levels for Medicaid between now and 2014, when a huge expansion of the program begins. But Health and Human Services Secretary Kathleen Sebelius told Brewer that she didn’t need Washington’s permission to cut the state’s Medicaid rolls.

States May Face Showdown With Feds Over Cutting Medicaid Rolls

Years ago, Arizona voluntarily expanded its program to include many childless adults not normally covered by Medicaid, the federal-state health care program that covers 48 million poor, disabled and elderly people nationwide. Federal authority for that expires Sept. 30, after which the state can revamp its program, according to Sebelius.

“States can allow their waivers to expire,” said Mary Kahn, a spokeswoman at the federal Centers for Medicare and Medicaid Services. Waivers are time limited, she said, and states have “no obligation to renew them. Once they expire, the Affordable Care Act is pretty clear that they can trim their Medicaid rolls for two populations  nondisabled and non-pregnant adults.”

Matt Salo, executive director of the National Association of Medicaid Directors, says that the Obama administration is “walking that fine line of trying to be helpful [to states] but trying not to undermine health reform.”

How many states might be able to scale back programs  and when  isn’t immediately clear. Nor is it clear how many Medicaid enrollees might be at risk. The Centers for Medicare and Medicaid Services website provides an incomplete picture, but it appears that many of the states that received permission to expand their programs beyond federal minimum requirements haven’t added nearly as many extra people as Arizona has — leaving fewer that could be cut.

Governors have been demanding relief in the face of recession-driven budget problems and the scheduled end of federal stimulus aid that helped them fund Medicaid ends in June. But advocates for the poor warn that people will suffer.

“These are very low income people,” says Edwin Park of the liberal Center on Budget and Policy Priorities.

According to Ron Pollack, executive director of the consumer group FamiliesUSA, most states haven’t expanded their programs so much that there are many people they can cut now. Only three states provide Medicaid coverage for adults who don’t have children and earn more than 133 percent of the federal poverty level, he says. He cites 10 states and the District of Columbia that provide coverage for parents at that income level: Connecticut, Illinois, Louisiana, Massachusetts, Minnesota, New Jersey, New York, Rhode Island, Vermont and Wisconsin.

Park says Arizona is unusual in that its entire Medicaid program is run under a waiver from HHS. Other states, however, have waivers for such things as expanding coverage to childless adults, creating managed care programs or extending family planning services to enrollees.

States Seeking To Cut Medicaid Rolls Get Some Help