As Republicans seek to repeal and replace the Affordable Care Act, advocacy organizations around the nation are strategizing on how best to respond. Do they defend the law at all costs? Do they take part in the repeal conversation so they can help design an alternative?

Already, numerous groups are mobilizing patients and health care advocates to raise awareness of the impact of a repeal. Families USA, for example, launched an initiative called “Protect Our Care” and is encouraging consumers to share their stories through social media. Opponents of repeal staged protests around the country last Sunday.

The California Endowment, a private health foundation in Los Angeles, was among the state’s biggest backers of the Affordable Care Act, spending tens of millions of dollars on outreach and awareness. Robert K. Ross, the foundation’s president and CEO, was one of the founding board members of the state’s health insurance exchange, Covered California.

The endowment last month announced it would invest $25 million in “Fight4All,” an initiative to help preserve health and safety programs throughout the state. We spoke to Ross about the potential impact of a repeal as well as about the organization’s plans for the future. The conversation has been edited for clarity and length. 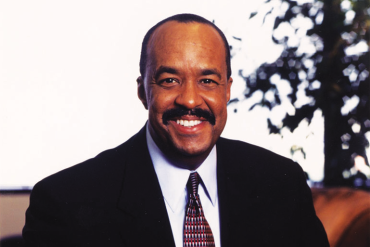 Q: What are your biggest concerns about the new administration’s health care plans?

When I was in the 6th grade, I got in a schoolyard fight. I thought we were having an argument and then I was in a fight. I have that same feeling right now. We have now shifted from a debate to a real fight. The stakes are exceedingly high.

The last three to four years of progress represent the closest we have ever come to a vision of universal health coverage. We have gone from 7 million uninsured pre-Obamacare in California to 3.5 million. The very thought of losing that progress is somewhere between nauseating and mind-blowing.

There are three things that we are worried about specifically. The first is the subsidies and the federal dollar support for that. The second is the support for Medicaid expansion. And the third is the very thoughtful, well-intended reform provisions — beyond coverage — that Obamacare represented: quality improvements, prevention investments and the shift from emphasis on volume of services to value of services.

The state of California has leveraged nearly $20 billion in federal support to expand health coverage, and so the thought of losing that is really quite painful. That’s a lot of money, which will be exceedingly difficult to backfill.

Q: What is the strategy moving forward?

We are fighting on two fronts. One is to fight to preserve as many provisions of Obamacare as we can. At the very same time, we want to slow down the process enough for a thoughtful “replace” part of “repeal and replace.”

We know that [President Donald] Trump will have a much harder time than he ever considered or envisioned in the “replace” part of Obamacare. It is simply not that easy. Some of the most skilled politicians in the world have failed on health reform. If it is going to be attempted, it needs to be done carefully and thoughtfully.

The strategy is to support the many, many advocacy organizations we have supported over the years in extolling the real virtues and benefits of Obamacare and the success of the exchanges, particularly of the California exchange. California’s experience is a real model for the nation. We have been able to control premium increases better than other places.

We can lift up the successes of the California exchange and other exchanges through advocacy, through voices and through coming to the defense of Obamacare. We are supporting organizations, like Health Access, Families USA, Insure the Uninsured Project and other advocacy organizations and strengthening their capacity to bring the fight forward.

Q: What could California do to maintain the provisions of health reform even if the Republicans repeal the Affordable Care Act?

As you can imagine, a whirlwind of conversations [about options] is already unfolding. I will put them in three categories. The first category is let’s just preserve the progress we have made through Medicaid expansion and look to replace the anticipated loss of any federal dollars with state dollars or other revenue sources. Sources of those dollars could be the state general fund, a new tax, anything from soda taxes to marijuana taxes.

The second is that we are free to do something different. You still have the financing issues to deal with, but you are not really building on what Obamacare has done. You are basically tearing that down and starting with something completely different.

The third category is something in between those two. You preserve an aspect or two of Obamacare and build off of it. So that might be keeping the exchange and putting everything under it — Medicaid, Medicare and more of the individual market. In a sense, you are building from what Obamacare gave you and saying you can go even further.

Our mission is to expand coverage and improve health for all. We are ready to invest in those ideas and make sure there is a healthy marketplace of ideas of what to do next in California.

Q: In the short-term, if the federal government takes away the money, does the exchange shut down? Do people who gained coverage through the Medicaid expansion lose it?

If they just take away the money without a replacement scenario, then we are back to seven million uninsured in California and in relatively short order. That is absent the state of California coming to the rescue with some general fund dollars.

What we have in our favor against that is that you have midterm elections in two years and the GOP Congress would have to explain to their constituents how they gleefully eviscerated Obamacare and didn’t replace it with anything and now those constituents don’t have health coverage. I think the politics would mitigate against that worst case scenario.

Q: What is the goal of the Fight4All initiative?

Our board approved a reallocation of $25 million over three years for a fight fund. All of that is not just for health coverage. Some of it is for immigration response and support. We know that deportation and treating immigrants badly is bad for their health. Some of it is for other safety net programs that may be at risk.

While the results of the election were jolting and jarring for many of us, we have to rediscover tenacity and audacity. If that means putting forward ideas for an entirely new health care framework for the state of California, then fine. If it means building off of what we have, fine.

We just can’t afford to be in a position of shying away and being polite. A fight is always a wake up call. I don’t know that I can think of a better wake up call for advocates for health for all than what just happened in this election.

Fight Is On To Protect Health Care In California, Says Foundation Head