Employers will be able to increase rewards to workers who participate in wellness programs under final rules released Wednesday by the Obama administration. 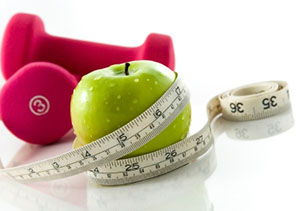 The final rules, similar to those proposed in November as part of the Affordable Care Act, have raised concerns among advocates who represent people with chronic or severe illnesses, as well as among some employers. They allow employers to increase workers’ financial stakes from 20 percent of the cost of their health premiums to 30 percent, starting next year. Participating in tobacco cessation programs carries a maximum reward or penalty of 50 percent of the cost of  an employee’s health plan.

Such programs can have a big effect on workers’ and employers’ pocketbooks. Workers who participate could qualify for hundreds, even thousands of dollars’ worth of premium or deductible discounts. Those who don’t participate would pay much more toward their own coverage, thus lowering employer’s costs.

Proponents say wellness programs encourage people to make healthier choices and could slow health care costs related to obesity, high blood pressure and diabetes. But studies looking at whether such programs save money and change long-term behavior — or simply shift more of the cost of health insurance to workers — have produced mixed results.

A survey of 800 large and mid-sized employers released in March by consulting firm Aon Hewitt found that 83 percent offered employees some incentive for participating in such programs. While employers have embraced such programs for years, the federal health law increased the amount that workers can be rewarded or penalized and gave the Obama administration a way to refine the rules governing such programs.

More than 5,000 comments were received on the proposed rule, including concerns raised by some consumer groups that the programs could lead to discrimination against workers with medical problems or conditions such as pregnancy.  Employers sought maximum flexibility in designing the programs.

The final rules do give employers broad leeway, saying the programs must simply have a “reasonable chance” of improving health.

Two types of workplace wellness programs are outlined in the rules. The first includes those where all workers are eligible for the benefit simply by participating in something, such as filling out a health quiz or taking a wellness class. The second type has drawn more controversy, because rewards are contingent on workers meeting employer-determined goals, such as losing weight, lowering cholesterol or reducing blood pressure.

Under the second type, the final rules further divide programs into those that are activity-based, such as a walking program, and those that are “outcomes-based,” generally meaning workers much achieve some kind of health-related goal, like lowering cholesterol.

For activity-based programs, the rules say alternatives to achieving the financial reward must be offered to those workers who cannot participate because it would be “unreasonably difficult,” or “medically inadvisable” to do so.   Someone who could not do a running program, for example, might be offered a walking program instead. A worker who could not walk must be offered some other option to qualify for the reward.

For outcomes-based programs, all workers who initially fail to meet the goal must be offered an alternative way to get the reward to “ensure that the program is reasonably designed to improve health and is not a subterfuge for … reducing benefits based on health status.”

Workers can also ask their doctors to help their employers design an alternative goal more appropriate to their health status.

The rules say the administration aims to ensure that “every individual participating in the program should be able to receive the full amount of any reward or incentive, regardless of any health factor.”