When it comes to medicine, I usually do as I’m told.

Take a pill? Sure. Blood test? Absolutely. Surgery? If you think so, doc.

But I’ve been acting against medical advice since January, and I’ll keep on ignoring it until July. Let me explain. 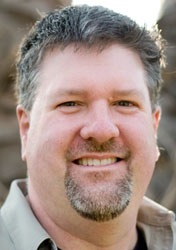 That means that if I get a cancer diagnosis tomorrow, I’ll end up with huge medical bills. I did this because I want to take advantage of the federal government’s efforts to help people like me who have pre-existing conditions and no access to a group plan.

Those two words — pre-existing condition — explain why I find myself in this circumstance.

Back in 1996, when I was 27, my heart started to beat funny. The diagnosis was lone atrial fibrillation, a kind of irregular heartbeat that appeared for no apparent reason and, in my case, couldn’t be fixed. Even getting “cardioverted” didn’t help.

A daily beta blocker keeps my heart from pumping too fast, and my risk of any complications is low. Even so, no one will insure me on the individual market.

And since I’m single and self-employed as a freelance writer, I don’t have access to guaranteed group coverage, except for a plan for artists and writers that would cost me at least $31,226 a year.

That’s why, for the last few years, I have made do with the state’s high-risk insurance plan. California, where I live, is one of 35 states that offer health insurance to people with pre-existing conditions who otherwise wouldn’t be able to get individual coverage.

But for me, access to California’s high-risk plan is expensive — the PPO plan would cost me $748 a month this year, close to $9,000 a year — and the coverage is thin. The annual spending limit is just $75,000, hardly enough to cover a major health crisis. And the lifetime benefit limit is a paltry $750,000.

As a result of the 2010 federal health law, I now have another possibility: The federal high-risk plan would cost me just $265 a month — $3,180 a year — and offers unlimited annual and lifetime benefits.

That sounds like a great deal cost-wise, and the lack of coverage limits is much better for me in the long run if I get diagnosed with an expensive disease. But there’s a rub: I’m not eligible for the federal plan unless I go six months without any coverage at all. That’s just what I decided to do. To me, the prospect of affordable and unlimited coverage — at least from July 2012-December 2013 — is worth the risk of going without coverage for the allotted time.

“You’re responding in an understandable way,” said Harold Pollack, a University of Chicago professor who studies health care. “Any program that requires people to be actively uninsured creates a very paradoxical and painful set of incentives and encourages people to do what you’re doing.”

But I’m taking a major risk by going without insurance for so long. This would be the absolute wrong time to get hit by the proverbial bus. Or, as happened a few weeks ago, hear a dermatologist ask “Have you had that looked at?” while I lounge at a hotel pool. (Don’t worry. I’d previously had it looked at, and it’s nothing to worry about.)

My decision to go coverage-free did not go over well up in Sacramento when I mentioned it to staffers at the California Managed Risk Medical Insurance Board, which oversees the state and federal high-risk plans here.

A spokeswoman told me that the agency wouldn’t cooperate with me on this story if I planned to embolden other people to make the same decision. Janette Casillas, the agency’s executive director, put it this way: going without insurance in order to get insurance “is not something that we would encourage.”

The federal government could change everything by getting rid of that six-months-without-coverage rule. But if it did, it would need to find another way to limit coverage for high-risk patients so it doesn’t cost more than the budgeted amount, Pollack said. “They’d have to have some other rationing requirement that would also create problems, since it’s such a small program for such a huge need,” he said. “Almost every deficit of this program comes down to the fact that Congress has not appropriated enough money to meet the need that is there.”

Even if I do land in the federal high-risk plan as of July 1 — if space is available — it’s not a long-term fix for me or anyone else. The good news, for me at least: In 2014, the federal health law is scheduled to take full effect, including provisions that protect consumers who have pre-existing conditions from being denied coverage. The high-risk pool coverage won’t be needed anymore.

But what if the Supreme Court nixes health care reform? What happens next? Is it possible that funding for the federal program might disappear before 2014?

In Wisconsin, she said, officials have already decided that residents who lose the federal coverage will be able to join the state high-risk plan and retain continuous coverage. “We wanted to be ready because we know people are going to call immediately and be very concerned,” she said. “We have a lot of people who are relying on this coverage for sometimes-lifesaving treatments. We have nine people in our [federal plan] who have been approved and are on waiting lists for transplants.”

Ultimately, she said, the future of the high-risk programs in Wisconsin will depend on the Supreme Court opinion and, if necessary, on legal analysis regarding the breaking of insurance-related contracts that are already in place.

Here in California, my health insurance future is uncertain. Even if I join the federal high-risk plan, it may disappear before 2014, along with health law itself. If that happens, I may have no choice but to go back to paying about $9,000 a year for California’s paltry high-risk plan.

There’s one tiny bit of good news. A state legislator is pushing a bill that would eliminate the annual and lifetime benefits from California’s high-risk plan, which is known by the adorable term “Mister MIP.” (That stands for MRMIP, or Major Risk Medical Insurance Program). The bill’s chances may not be adorable. It would require more state spending, after all.

For now, I’m just hoping nothing goes wrong until I get insurance again.

Randy Dotinga is a freelance writer based in San Diego.