Expectations are high.  President Barack Obama and House Speaker John Boehner, R-Ohio, say they want to avert the fiscal cliff, that toxic mix of expiring tax breaks and automatic spending reductions set to begin in January.  If Republicans make concessions on taxes, Democrats and the president say, they’ll move on entitlements, such as Medicare and Medicaid, as part of a larger deal to reduce the federal deficit. 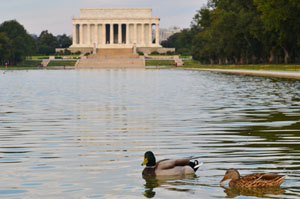 But we’ve been here before.  Bipartisan coalitions have produced numerous ideas on how to change entitlements and taxes, but the recommendations go nowhere.

“Definitely the term ‘entitlement reform,’ as I always say, rolls off the tongue so easily,” said G. William Hoagland, senior vice president of the Bipartisan Policy Center and a former staff director of the Senate Budget Committee and a top budget aide to former Senate Majority Leader Bill Frist, R-Tenn. “It’s hard to get any savings in [Medicare and Medicaid] unless we’re talking about a reduction in benefits or a reduction in reimbursement rates.”

“When you get beyond the rhetoric, it’s going to be very difficult,” he said.

Lawmakers are wrestling with finding a balance between asking beneficiaries to pay more for Medicare services and reducing payments to Medicare providers, such as hospitals and nursing homes. Those providers, who are already expecting their Medicare payments to grow at a slower rate over the next decade as part of the 2010 health law, likely would fight additional cuts.  And beneficiaries, many who are on fixed incomes, will not want to pay more for Medicare services.

Experts maintain that changes in entitlements are bound to be part of any “grand bargain” to reduce the deficit. “It is hard to imagine a deal without Medicare savings,” said Tricia Neuman, director of the Kaiser Family Foundation’s Program on Medicare Policy (KHN is an editorially independent program of the foundation.)

Medicaid is also expected to be a part of the mix, but to a lesser extent, analysts say. The Supreme Court’s ruling made the health law’s Medicaid expansion optional for states, so there’s concern that any additional reductions in federal Medicaid spending might make governors even more reluctant to expand the federal-state program. And as the nation continues to recover from the recession, some Democrats are reluctant to cut the program, which serves more than 60 million low-income Americans.

Here’s a look at some of the Medicare changes that could be in the mix.

CAP FEDERAL HEALTH CARE SPENDING: This proposal was advanced by Obama’s bipartisan commission chaired by former Clinton chief of staff Erskine Bowles and former GOP Sen. Alan Simpson. The panel proposed a cap on federal health care spending that, starting in 2020, would require the growth in per capita spending on Medicare, Medicaid, and other federal health care programs not exceed the increase in gross domestic product plus one percent.

If spending grew beyond that target, the president would have to submit and Congress would have to consider ways to lower spending, such as creating a “premium support” system for Medicare.

Gov. Mitt Romney, the GOP’s presidential nominee, and his running mate Rep. Paul Ryan, R-Wis.,  backed a version of “premium support” that would have provided a fixed amount of money for each beneficiary to purchase a private health insurance plan or to buy traditional Medicare.  But Obama promised to “never turn Medicare into a voucher”

The 2010 health law already includes a mechanism to keep Medicare’s overall spending in line. It establishes a 15-member Independent Payment Advisory Board that is charged with making recommendations if the amount the government spends on Medicare grows beyond a target rate. Congress must pass alternative cuts of the same size or the panel’s recommendations become law. A global cap coming out of the ongoing deficit negotiations, however, might not have the same built-in beneficiary protections as IPAB, which cannot recommend changes in benefits, eligibility or Medicare beneficiary cost-sharing.

While setting a global cap may appear to be a get-tough measure, it could ultimately end up being a strategy to kick the difficult decisions on spending to future years. Much depends on how a cap is designed. For example, would the cap require that savings be achieved each year or over a period of years? Would it force lawmakers to take action if spending went beyond a certain point, or simply encourage further action?

In addition, spending limits do not guarantee savings, as evidenced by Congress’ experience with Medicare doctor payments. Medicare’s “sustainable growth rate” formula, established in the 1997 deficit reduction law, sets physician payment rates through a formula based on economic growth. But every year since 2002, Congress has staved off scheduled cuts.

Each deferral increased the size – and price tag – of the fix needed the next time. The current “doc fix” expires Dec. 31 and unless Congress takes steps to stop it again, physicians who accept Medicare patients will see their payments reduced 27 percent.

REDUCE PAYMENTS TO PROVIDERS: Hospitals, physicians and other health care providers – many who are now facing payment cuts either in the 2010 health care law or from the upcoming “sequestration” reductions (or both) – may take another hit in a deficit deal. Among the options sometimes mentioned are limiting the amount of “bad debt” that hospitals and other providers can write off their taxes,  reducing federal funding for medical education and requiring more prior authorization for some medical services, such as imaging, to help reduce unnecessary care. Lawmakers looking for political cover from angry providers could cite the many deficit-reduction proposals that have advanced provider cuts: Obama’s 2011 deficit reduction proposal, the Simpson-Bowles plan and the Medicare Payment Advisory Commission, or MedPAC, which advises Congress on Medicare payment policy.

Proponents say that with implementation of the health law moving forward, people under 67 without job-related insurance could buy coverage — even if they are sick — on the new exchanges being set up under the health law and may qualify for subsidies to help. Or, if they are lower income, they might be eligible for Medicaid.

Still, this could be a tough sell to Democrats. In a speech last month, Sen. Charles E. Schumer, D-N.Y., the Senate’s third-ranking Democrat, said, “There’s a lot of opposition to it.”

“MORE SKIN IN THE GAME”: Members of both political parties and some health care analysts have long thought that spending could be slowed if patients, including Medicare beneficiaries, put up more of their own money for health services. Some have suggested raising seniors’ share of the Medicare Part B premium (which covers doctor visits and other outpatient services) from 25 percent to 35 percent and imposing co-payments for home health services or the first 20 days of a skilled nursing facility stay.

The home health co-payment would save $40 billion over the next decade for the federal government; the skilled nursing co-pay would save $21.3 billion, according  to the CBO’s 2011 estimates. Increasing the beneficiary’s share of Part B would save $241 billion over 10 years.

Raising beneficiaries’ share of Part B premiums would bring the program closer to its original 50-50 split between the federal government and beneficiaries, proponents say. And they add that greater cost-sharing for services would discourage overuse of care. But opponents say that beneficiaries already spend a big chunk of their incomes on medical care and shouldn’t be asked to contribute more.

Higher income Medicare beneficiaries — $85,000 and above for individuals, $170,000 for couples —  now pay a greater share of their Part B premiums and could be asked to do more as part of a larger budget deal.

CHANGING MEDICARE’S DEDUCTIBLE AND MEDIGAP COVERAGE: In addition to paying premiums for Part B, Medicare beneficiaries also have separate deductibles for their hospital care (Part A) and for Part B. Nearly one in five beneficiaries in Medicare’s fee-for-service program have supplemental insurance known as Medigap coverage to help with those costs and others get such coverage from their Medicare Advantage plans, retiree health plans or other sources.

Some proposals, including one advanced by the Bowles-Simpson panel, have suggested combining the Part A and B deductibles into one $550 yearly deductible. That could reduce beneficiaries’ costs for hospital care but be more expensive for seniors who mostly use Part B. In addition, some proposals suggest a 10 to 20 percent co-payment for all services until beneficiaries reach a catastrophic limit of $7,500. Others argue for making that $550 deductible ineligible for Medigap coverage so that beneficiaries are responsible for covering the cost of those initial services.

Instituting the change in deductibles, co-pays and Medigap rules would save about $93 billion over the next decade, CBO estimates. Medicare would save money, but not just because beneficiaries were putting up more of their own. If Medigap plans were less generous, analysts believe beneficiaries would be more careful about spending and that could help lower Medicare costs. Expect insurers that sell Medigap policies – especially those that offer first-dollar coverage – to balk.