The overweight, 2,000 page health care reform law is not exactly user-friendly. Too bad, since 44 percent of Americans don’t really know what’s in it or how the legislation will affect them, according to a poll conducted by the Pew Research Center.

To help clear up the confusion, The Fiscal Times recruited six volunteers representing different incomes, geographic areas, ages and lifestyles. These personal analyses of the new health care reform law illustrate both the benefits and the burdens of legislation that has divided the country.

Of course, health care coverage differs among Americans, and many details are still unresolved. Currently, 177 million people have employer-provided insurance, and while most of them will likely keep their current plans, many will see changes-notably the elimination of lifetime caps on coverage and a ban on withholding coverage due to preexisting conditions. But especially as medical costs continue to rise, new taxes starting in 2012 on insurers, drug companies, and device manufacturers are expected to impact employers and individuals. Businesses will also face new requirements, which may affect their bottom lines.

Here’s a look at how the bill will affect a variety of people-from a twenty-something with no current coverage to a retiree on Medicare.

All calculations are based on current costs remaining constant. 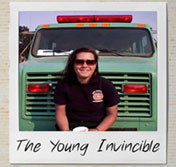 Breakdown:
Ms. Letscher fights fires and saves lives, but due to her seasonal and temporary employment status, she has had no health insurance for three years. She turned 26 in November, and therefore will not be eligible under the new health care bill to be covered under her parents’ insurance. For a single adult, the federal poverty level currently stands at $10,830, the maximum income to qualify for Medicaid. Letscher makes about 225 percent of the poverty level, and thus will be required to pay some $1,800 a year in premiums-$150 a month-starting in 2014. If she neglects to buy the insurance, she will pay a fine of 2.5 percent of her income-in her case about $625 in 2016. But that’s not all: The fine includes a 3-year penalty of 1 percent of taxable income starting in 2014, 2 percent in 2015, and levels out at 2.5 percent in 2016. Letscher may opt for a less-expensive “catastrophic” plan, with a high deductable and low premiums, available to those under 30, although the details of the plan have not been decided. Letscher isn’t happy about having to pay $1,800 in premiums. “It’s still a lot of money for me,” she says, “and the fine is ridiculous. It’s not helping the people who are in the middle.” 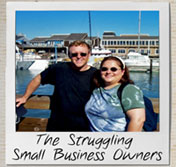 Breakdown:
After being laid off in 2006, Deb started a promotional printing business with her husband, Allen, for extra spending money, but after Allen was laid off last year from his $58,000 IT job, their fledgling business became their sole income in addition to Allen’s limited unemployment benefits. As of now, to qualify for Medicaid in Ohio, their income would have to be 90 percent of the federal poverty level, which for a family of five, is $23,211. They currently stand at around 125 percent of this level-too high to qualify for Medicaid, but hardly rolling in dough. Starting in 2014, Medicaid eligibility would be raised to 133 percent of the federal poverty level, and with their current income, they would qualify. If their sales improve, the Nelsons hope to hire a summer employee. If they decide to provide this employee with health insurance coverage (it will not be mandated since they have fewer than 50 employees), they would be able to shop for discounted group insurance plans similar to large employers, and starting this year, receive a tax credit. The credit, which covers 35 percent of premiums, will start with their 2010 income tax return, and by 2014, the maximum credit (going to those with 10 or fewer full-time employees with average salaries of $25,000 or less) covers 50 percent. “We’d like to be so self-sustaining that we don’t need [Medicaid] at all. But it would be a huge relief for us to get covered,” says Deb.

The Verdict: If the Nelsons’ situation stays the same, they will qualify for Medicaid in 2014, and that same year will qualify for the maximum tax credit to offer health insurance to their employee. 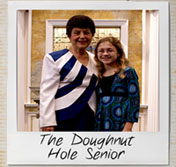 Breakdown:
Diamond will continue to be covered under Medicare, but she is currently in the prescription drug “doughnut hole.” Her medication costs $6,142 per year-95 percent of which is for brand name drugs. The first $2,830 of this is covered by her Medicare Part D coverage. After that, Diamond must pay all costs out of pocket up to $6,440, at which point Medicare covers all but 5 percent of additional medication expenses. To receive four regiments of her medication, currently Diamond pays $3,312 a year out of pocket because of the doughnut hole, in addition to paying about $700 a year in co-pays and $38 a month in Medicare premiums, bringing her total costs-not including hospital visits, assisted living expenses, etc.-to $4,468. Since she only nets about $9,000 a year in Social Security benefits, she has been running down her small IRA to cover the costs, and her son plans to sell her condo in Florida to help pay for them. Under the new health care bill, Diamond will receive $250 this year to help with doughnut hole costs. Starting in 2011, she will receive 50 percent off brand name drugs, eliminating $1,573 from her annual costs. The doughnut hole will be eliminated gradually by 2020. At this time, a 25 percent government subsidy in addition to the 50 percent discount would bring Diamond’s yearly medication contribution to $1,486 ($786 of it on brand-name drugs). Her son, Adam Nelson, is unsure how much the bill will help her. “250 dollars is really small compared to what she’s going to be paying out of pocket this year. She is spending down her assets [in order to qualify for Medicaid coverage] and [2020] is a long time from now, sad to say, but long enough for her to not be around by then.”

The Verdict: Retains Medicare with added coverage for preventive services. Will pay $3,762 in out-of-pocket medication expenses in 2010. By 2011, these expenses will be reduced to $2,439. 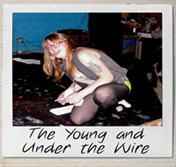 Breakdown:
Ms. Spool falls under the 26 age limit, so starting on September 23 of this year, she will be eligible to be covered under her father’s insurance plan. Her father does not have to claim her as a dependent and she does not need to be living with him. However, her father can decide not to include her, as employers may transfer any additional costs to the employee. By some estimates, the additional coverage is expected to increase health plan costs by at least 0.5 to 1.5 percent. Spool’s father, Jared, who owns a consulting technology company, currently spends about 9 percent of his company’s revenue on health insurance for himself and his four full-time employees. He plans to add his daughter to his plan, but worries about her having to commute three hours to North Andover, MA, where he is based, to receive care. “All of the doctors in our network are in Massachusetts,” he says. “What if she had an emergency or non-medical emergency? That seems like a crazy inefficiency.” Ari Spool doesn’t seem as concerned. “I’m excited to have health insurance for a year,” she says.

The Verdict: Eligible to be covered under her father’s plan until her 26th birthday. 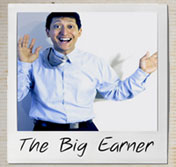 Breakdown:
As a single person making over $200,000 per year ($250,000 for married couples), starting in 2013 Nainan will pay a 2.35 percent tax on his earnings over $200,000, up from the current 1.45 percent (on all income)-in his case, this will amount to a $900 increase. Nainan will also be subjected to an additional 3.8 percent tax on any unearned income, including interest and investment dividends. Nainan will be able to keep his current coverage. “I happen to be in a high income bracket, and to be honest with you when it comes to raising taxes to help those less fortunate, I’m not at all opposed to the idea,” Nainan says. “Health insurance should not be just for the wealthy and the fortunate. Affordable health care for everyone benefits everybody in society and increases the collective good.”

The Verdict: Coverage remains the same. Income taxes increase by $900 in 2013. Subject to additional taxes on investment income. 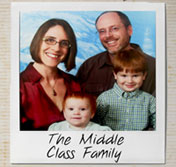 Breakdown:
Because the Bomfords spend more than 9.5 percent of their income on health insurance premiums (and Michael’s employer does not cover more than 60 percent of the premium costs) and their income places them between 300 percent and 400 percent of the poverty level, starting in 2014 they will be eligible to buy insurance through the state-run exchanges at a cost of 9.5 percent of income, or $5,700 per year. Still, Bomford worries that the health care bill will not do enough to alleviate the strain on his family. “I am concerned that the bill doesn’t go far enough to reduce health care costs,” he says. “I would have far preferred to see a single-payer system that took insurance companies out of the picture entirely and eliminated employment-based care packages. The cost of giving my family health care currently exceeds our monthly mortgage payment, and I think that’s unsustainable.”

The Verdict: Can save $636 annually by opting for insurance through an exchange, though it is unknown how comprehensive these plans will be.

By Blaire Briody and Sarah Stodola, The Fiscal Times April 14, 2010