Editor’s note: President Donald Trump named Vice President Mike Pence to lead the nation’s response to the novel coronavirus on Feb. 26. In light of that news, KHN is highlighting this recent story that delved into how Pence handled an HIV outbreak when he was governor of Indiana — and how the country has failed to heed the public health lessons learned there.

With support from his family and community, the 26-year-old is making his way as a musician after emerging from the hell of addiction, disease and stigma. The former intravenous drug user was among the first of 235 people in this southern Indiana community to be diagnosed in the worst drug-fueled HIV outbreak ever to hit rural America.

Now, five years after the outbreak, Howard counts himself among the three-quarters of patients here whose HIV is so well controlled it’s undetectable, meaning they can’t spread it through sex. He’s sober in a place that has new addiction treatment centers, a syringe exchange and five times more addiction support groups than before the outbreak.

But as this city of 4,100 recovers, much of the rest of the country fails to apply its lessons. The Centers for Disease Control and Prevention deemed 220 U.S. counties vulnerable to similar outbreaks because of overdose death rates, the volume of prescription opioid sales and other statistics tied to injecting drugs. Yet a Kaiser Health News analysis shows that fewer than a third of them have working syringe exchanges. Such programs, which make clean needles available to drug users, have been found to reduce the spread of HIV and hepatitis C and are supported in the Trump administration’s national effort to end the HIV epidemic within a decade.

Still, local backlash often stymies efforts to start such exchanges, even in Indiana, where only nine of 92 counties have one, and with federal funding up for grabs that could help them expand. And rural places in states such as Missouri, West Virginia and Kentucky are still plagued by the raw ingredients that led to Austin’s tragedy: addiction, despair, poverty, doctor shortages and sparse drug treatment.

Since Austin’s 2015 crisis, drug-fueled outbreaks have occurred in more than a half-dozen other communities, some with syringe exchanges and some without.

“When you have these outbreaks, they affect other states and counties. It’s a domino effect,” said Dr. Rupa Patel, an HIV prevention researcher at Washington University in St. Louis. “We have to learn from them. Once you fall behind, you can’t catch up.”

Hard Lessons In The Heartland

Fields of corn and soybeans surround Austin, located just off Interstate 65 between Louisville, Kentucky, and Indianapolis. The city has been battered by decades of economic blows, but it retains a quaint charm, with a shop-lined, one-stoplight Main Street.

Before the outbreak, addiction to the potent opioid painkiller Opana swept through the community. People took to melting down pills and injecting them, and needle-sharing was common. Local women were caught up in sex work to pay for drugs. In some homes nearby, health officials later discovered, three generations had shot up Opana together: young adults, their parents and grandparents.

Yet help was scarce. Austin had no addiction treatment centers and just one doctor. Dwindling government funding in 2013 led Planned Parenthood in nearby Scottsburg to close after years of providing HIV testing and education. 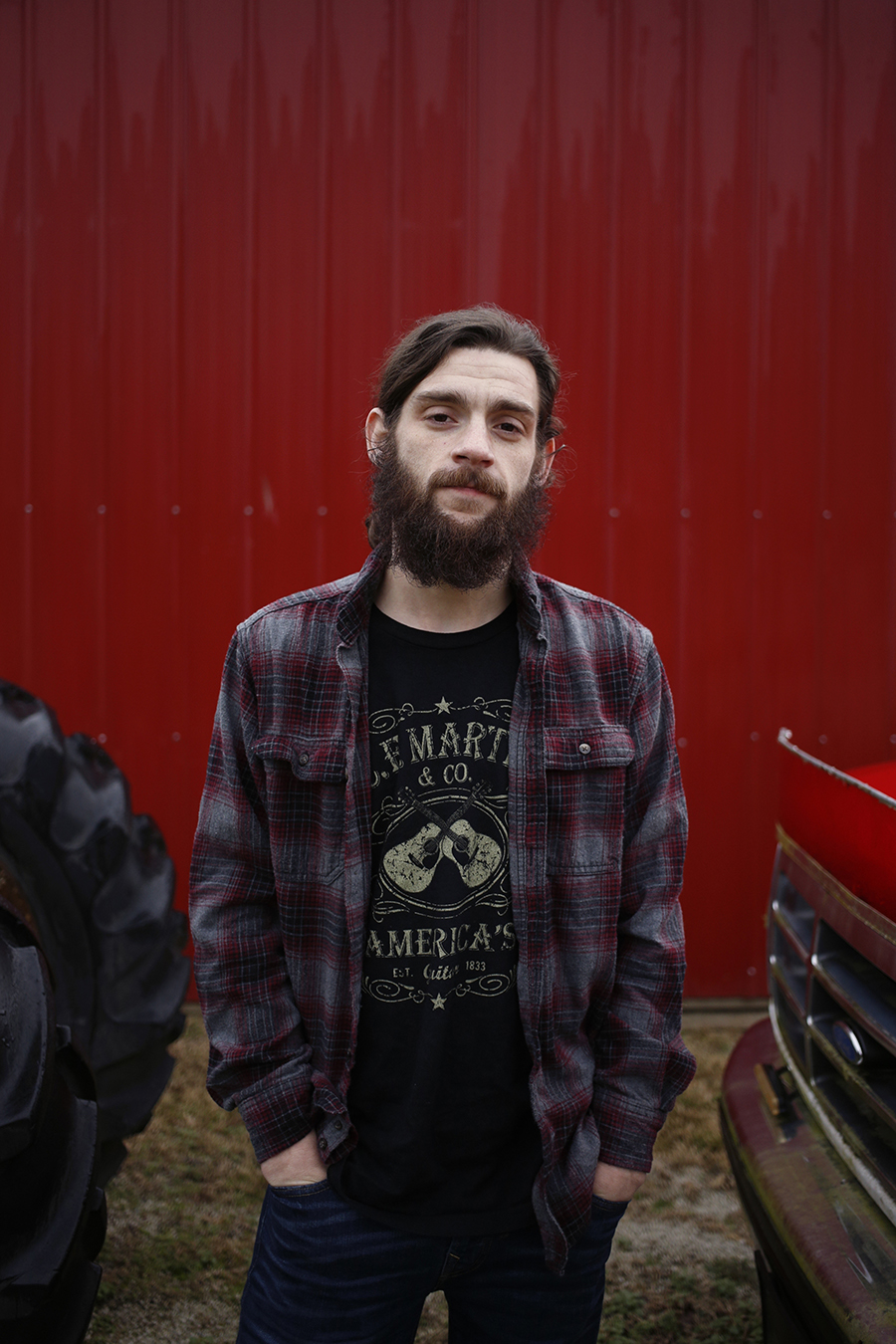 Howard was among the first of 235 people to be diagnosed in the worst drug-fueled HIV outbreak ever to hit rural America.(Luke Sharrett for Kaiser Health News)

So, for residents like Howard, addiction led to infection with HIV. After he was prescribed the painkiller Lortab for a football injury in high school, the teen began craving opioids. Eventually, he discovered Opana, which was plentiful on the streets of Austin and surrounding Scott County.

His mom sent him for addiction treatment during his senior year, and he got sober. But after his girlfriend gave birth to a stillborn boy in 2014, he turned back to drugs. He tested positive for HIV in March 2015. He cried with his mom in her car.

That was the month after Indiana health officials said they’d identified 30 HIV cases in the county, which previously reported three within a decade. Austin was the outbreak’s epicenter.

The initial response was slow. Pence, then governor, opposed syringe exchange programs, which were illegal in Indiana. It took him 29 days after the outbreak was announced to sign an executive order allowing a state-supervised syringe program. By then, HIV cases had risen to 79.

“He waited till it was too little, too late. These needle exchanges were put into place in the most grudging manner,” said Gregg Gonsalves, an HIV researcher at Yale University. “It was a disaster that didn’t need to happen.” 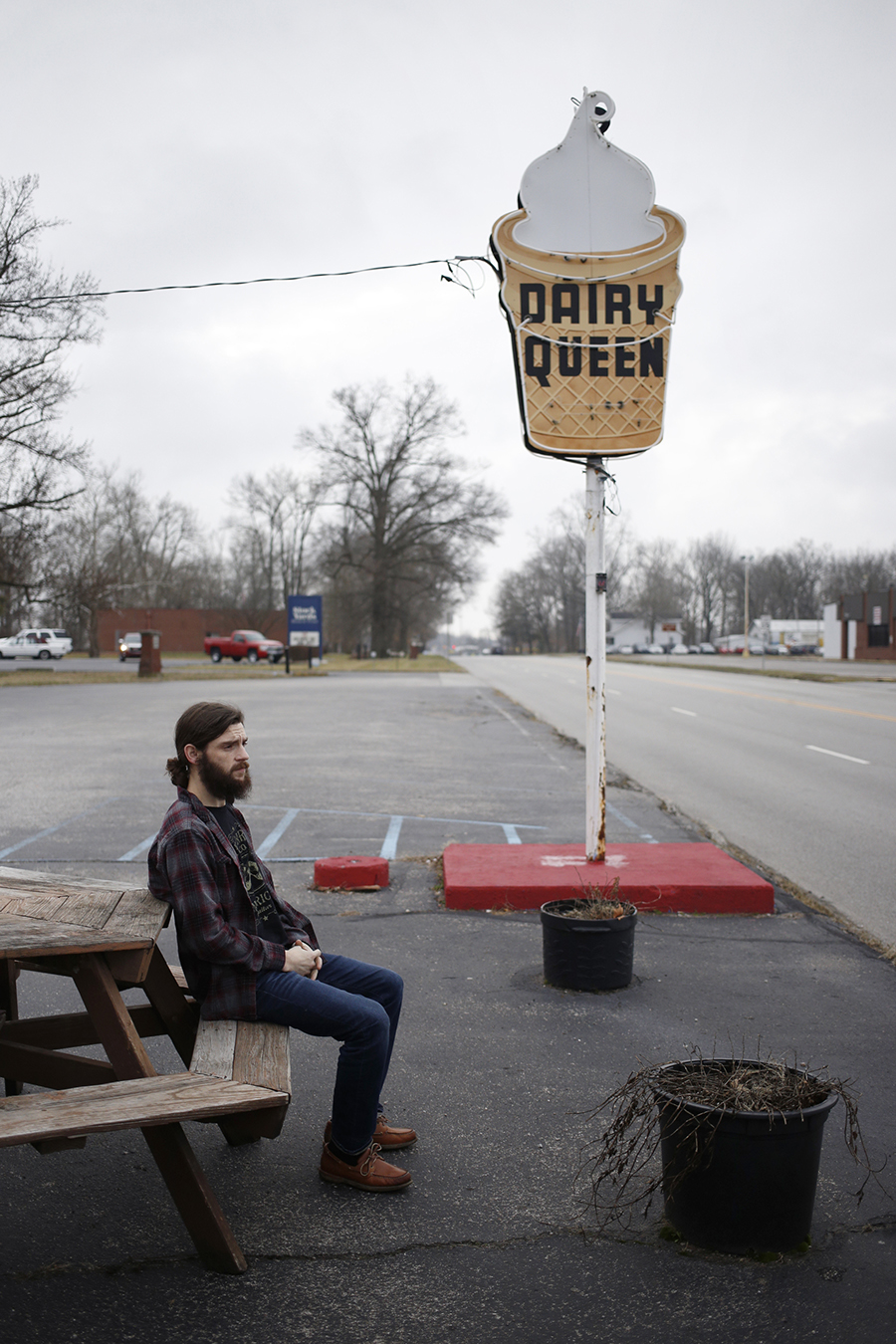 Five years after Indiana’s HIV outbreak, Howard counts himself among the three-quarters of patients whose HIV is so well controlled it’s undetectable, meaning they can’t spread it through sex.(Luke Sharrett for Kaiser Health News)

Gonsalves cited a recent Brown University study that found having a syringe exchange before the outbreak could have decreased HIV incidence there by 90%. A study he led, published in 2018, estimated that simply testing for and tracking HIV when hepatitis C spiked around 2010 could have kept HIV cases there below 10.

Instead, cases skyrocketed. The rate of infection was so high that Dr. Tom Frieden, then the CDC director, said at the time Austin’s HIV incidence rate exceeded those of countries in sub-Saharan Africa. He estimated lifetime treatment costs — even before all 235 people were diagnosed — would reach $100 million.

What ultimately curbed the outbreak were solutions rooted in the community. Scott County’s syringe exchange was part of a “one-stop shop,” where people could also get drug treatment referrals, free HIV testing and other services. More people were referred to Medicaid, which had recently been expanded in Indiana. Police, health and recovery workers, community activists and faith leaders joined forces.

“More connections are being made,” said Jacob Howell, a former drug user who is now pastor of the Church of the New Covenant in Austin. “The message to other communities is to tear down your walls, put your prejudices aside.”

Surgeon General Adams said lasting change happens locally. When he traveled to Austin as Indiana’s health commissioner, he listened to the sheriff’s concerns about needles littering public property and met with church leaders to ease worries that syringe programs might enable drug use.

Dealing with the outbreak was more about relationships than science, he said during a January talk at the CATO Institute, a Washington-based free-market think tank. “I knew we’d never be successful without ensuring that those trusted community leaders and advocates were invested in part of the solution.”

Lessons Learned — And Not

Austin’s outbreak became a catalyst for action in some places. Kentucky’s legislature voted to allow syringe programs in 2015, and Ohio subsequently made it easier for local health boards to develop them. Officials said that helped them respond to a cluster of HIV cases in the Cincinnati-Northern Kentucky area in 2018.

Cabell County, West Virginia, by contrast, recently pulled back on its preventive efforts.

Cabell was among counties that the CDC deemed vulnerable to an outbreak. Dr. Michael Kilkenny, physician director of the Cabell-Huntington Health Department, said Austin’s experience spurred his community to open a syringe program in September 2015 that eventually averaged between 1,000 and 1,200 visits a month. 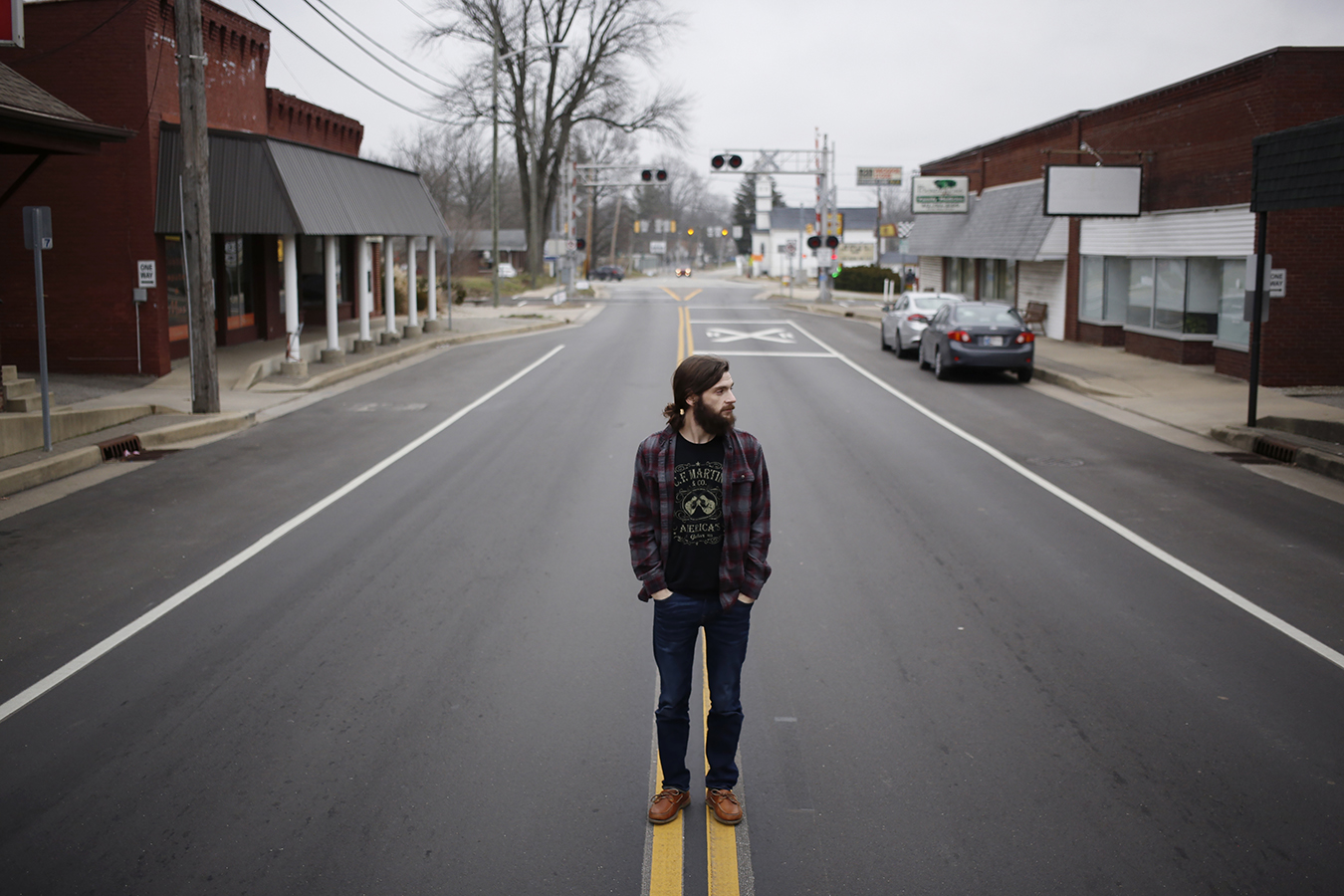 In 2015, Austin, Indiana, was the epicenter of an HIV outbreak when 235 people tested positive for the virus.(Luke Sharrett for Kaiser Health News)

But after political backlash halted a program in nearby Charleston, Cabell imposed restrictions on its program in 2018 to stave off a similar closure. People could no longer pick up needles for others or use the exchange if they lived outside the county or the city of Huntington. Visits dropped by half.

Looking back, Kilkenny said it was “the worst time we could’ve done that.” Cabell wound up with more than 75 HIV cases, one of the biggest rural outbreaks other than the one in Austin, Indiana.

Officials then lifted the restrictions, scaled up efforts linking people to testing and treatment and launched an HIV anti-stigma campaign.

Other places on the CDC’s vulnerable counties list have so far escaped an outbreak. Missouri, for instance, has 13 vulnerable counties and a ban on syringe exchanges. Washington University’s Patel said Missouri’s failure to expand Medicaid leaves some at-risk people uninsured.

Missouri health officials said they are taking several steps to prevent HIV, such as counseling residents in vulnerable counties, providing HIV testing at health agencies and having disease intervention specialists connect people who are tested to additional help.

But legislation to allow syringe exchanges was unsuccessful in Missouri last year, as were similar bills in Iowa and Arizona.

Avoiding another HIV crisis is not rocket science, Gonsalves said. “We need to use everything we have that we know works.”

In Austin, that multipronged approach is underway as those affected reclaim their lives.

Howard is well enough that he can practice his music every day until his voice gets hoarse and his fingers hurt. He performs around the region and dreams of touring honky-tonks nationally. And he’s writing a song about moving through addiction and toward hope.

“I feel I’ve proven a lot of people wrong,” he said, fiddling with his guitar pick. “I’m making my grandpa happy and my grandma happy. They’re both in heaven now, but I know they’re proud of me.”