A flaw in the federal calculator for certifying that insurance meets the health law’s toughest standard is leading dozens of large employers to offer plans that lack basic benefits such as hospitalization coverage, according to brokers and consultants. 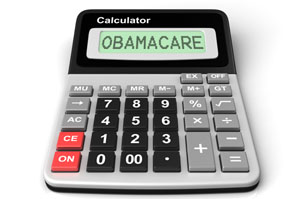 Insurance pros are also surprised such plans are permitted.

At the same time, a kind of catch-22 bars workers at these companies from subsidies to buy more comprehensive coverage on their own through online marketplaces. No federal tax credits for health coverage are available to people with workplace plans approved by the calculator.

The calculator is used by self-insured employers, which include most large firms.

Like insurance companies, self-insured employers must certify that their plans pass health-law standards for consumer value.

One official way to do that is to get a passing score on the Department of Health and Human Services’ “minimum-value” calculator, an online tool.

An employer checks boxes on the screen indicating what benefits are offered —such as hospitalization, mental health care and pharmacy coverage — as well as workers’ share of the cost. The calculator then determines if the plan covers enough potential medical costs to be considered adequate insurance.

“There are a lot of errors in the calculator,” said Shannon Demaree, director of actuarial services at Lockton Companies, a large broker. “It allows more plans to pass as qualifying coverage than we believe really do.”

It’s unclear which companies, or how many, are offering calculator-approved coverage without hospital benefits.  Retailers, temp agencies and other lower-wage employers that haven’t traditionally offered comprehensive insurance are the most likely to sign up, brokers say.

“There is very high interest” among Lockton’s clients, Demaree said.

Some 35 employers working with Assurance plan to offer such coverage, said Smith. The American Worker Plans, another Illinois firm, is advising about 30 companies considering one, said Jon Duczak, the company’s senior vice president.

While they offer such plans because employers ask for them, Assurance and The American Worker Plans said they are cautioning them about their use. They did not identify the employers.

HHS is aware of potential problems with the calculator but has not changed it, said industry authorities.

“I think they were somewhat naïve in not realizing that people were going to game the heck out of it,” said Hobson Carroll, an independent actuary who works closely with self-insured employers. “I’ve got to believe they’ve been getting input from all over” on revising it, he added.

“Any inaccuracies in the MV calculator would be of concern,” she said, without elaborating. “We made informal inquiries to appropriate agencies.”

HHS, which developed the calculator, referred queries about it to the Treasury Department, which it says is responsible for ensuring plans meet value standards. Treasury referred a reporter back to HHS.

Intended to discourage coverage that leaves workers vulnerable to large medical costs, the calculator is an official yardstick for determining whether plans meet a “minimum value” of benefits, the most stringent health-law standard for employers.

Passing the calculator test shields an employer from getting fined as much as $3,000 per worker next year, lawyers say.

Instead of buying a commercial medical plan, employers that self-insure assume most of the risk of covering worker health costs. They generally outsource the design of the insurance and the administration of claims, however.

The average inpatient hospital bill is more than $10,000. But for workers, the plans’ disadvantages go beyond the lack of hospital benefits.

The availability of company-sponsored, calculator-approved coverage at a certain price disqualifies them from getting tax credits that could help pay for better coverage through an online marketplace, said Sabrina Corlette, project director at Georgetown University’s Center on Health Insurance Reforms.

“Employers who offer these types of plans as the only option for their employees really need to search their consciences,” she said.

Next year, large employers face penalties for the first time for not providing qualified insurance. Benefits experts stressed that most will offer traditional coverage including hospitalization.

But temporary staffing firms are especially interested in lower-value plans that may not include hospitalization, said Brian Robertson, executive vice president at Fringe Benefit Group, which recently bought the The American Worker Plans.

“They are being forced into this game kicking and screaming and they’re trying to figure out, ‘What is my lowest cost to comply?’” with the health law, he said.

Key Benefit Administrators, which designs coverage and handles claims for what it says are more than half a million members, offers a minimum-value plan to self-insured employers that lacks inpatient hospital benefits, according to documents on Assurance’s website.

Key’s design “meets the… actuarial value requirement” measured by the calculator and immunizes employers from paying all health-law penalties for insufficient coverage, the promotional materials say.

The plan’s total cost of about $200 per month per worker is about half the price of similar coverage with hospital benefits, experts said. Offering such coverage might cost an employer little or nothing to satisfy the health law.

That’s because, under ACA affordability rules, workers must be asked to pay no more than 9.5 percent of family income for coverage. So companies could fulfill ACA obligations even if they required employees making more than about $25,000 a year to pay the full, $200-a-month cost.

Edward Lenz, senior counsel at the American Staffing Association, a trade group for temp and recruiting firms, argued that the calculator works as HHS intended.

“I think they knew what they were doing and were trying to avoid placing unreasonable constraints on large employers,” he said.

Neil Trautwein, the top benefits lawyer at the National Retail Federation, said he was unaware of employers offering supposedly minimum-value plans without hospital benefits. He doubted such plans would pass the minimum-value test.

“I would say that any policy that proposes to satisfy that without hospitalization coverage is pure fantasy,” he said.

But such policies can, say insurance pros who have tested Key’s plan and similar coverage on the government software.

“We’ve had a million different attorneys check this out,” Assurance’s Smith said of Key’s design. According to HHS’ standards, “it does meet all the criteria to be a compliant plan,” she said.

But when Lockton tested such plans on a calculator used by the private sector, they flunked.

To meet the health law’s minimum value threshold, self-insured coverage must pay for at least 60 percent of expected medical costs in a typical plan. (Members pay the rest in deductibles, copays and other out-of-pocket expense.)

In Lockton’s analysis, one plan with no hospital benefits being promoted as health-law compliant scored 63 percent on HHS’ calculator — slightly above the minimum. But the industry calculator gave the same plan a value of only 47 percent — far below the 60 percent level needed to qualify as adequate, Demaree said.

“All of their [Lockton’s] concerns are definitely concerns that we’ve had,” said Assurance’s Smith.

Minimum-value plans lacking hospital coverage are different from “skinny plans,” another kind of limited-benefit plan offered by lower-wage firms such as retailers and staffing companies.

Employer-sponsored skinny plans come with preventive-care benefits and little else. Consumer advocates were surprised to learn last year that skinny plans fulfill one ACA requirement for employers, which is to provide “minimum essential coverage.”

Advocates hoped that the tougher requirement — for calculator-approved minimum value — would still induce many of these same employers to offer more-comprehensive insurance.

But concerns about the calculator mean that the minimum-value standard may also be weaker than believed.

People offered employer-sponsored, minimum essential coverage are still eligible for subsidies to buy insurance through an online marketplace. But workers offered calculator-certified, minimum-value coverage are not.

Several consultants said they wouldn’t be surprised to see revisions in the minimum-value calculator — if not this year, then next.

“We tell people: ‘Do not rely on the minimum value calculator,’” said Lockton’s Demaree. Brokers are selling a plan “based on the fact that it passes through the MV calculator,” she added. “And that’s when we come in and say, ‘Well, it does, but for how long?’