The health-care overhaul has taken some of the flex out of flexible spending accounts, which let workers pay medical expenses with pretax dollars. Starting in January, you’ll no longer be able to use your FSA for over-the-counter drugs and medicines unless you have a doctor’s prescription.

Experts agree that the new rules will likely discourage people from tapping their FSAs for routine purchases of aspirin, vitamins, cough medicine and other drugstore essentials. Whether they also inhibit people from taking needed allergy or heartburn medications, for example, or from picking up nicotine replacement gum to help them quit smoking, remains to be seen.

In any case, as you calculate during the fall insurance enrollment period how much to deposit in your FSA next year, it’s important to keep the new restrictions in mind.

More From This Series: Insuring Your Health

Money prompted the change, experts say. “I think [federal officials] were just looking for revenue raisers,” says Mike Thompson, a human resource services principal with PwC (PricewaterhouseCoopers). Since employee contributions to FSAs are made on a pretax basis, they reduce taxable earnings and thus the amount workers pay in income tax.

Tightening up the tax break on over-the-counter purchases will generate an estimated $5 billion in federal revenues through 2019, according to the Joint Committee on Taxation. That figure represents revenue related not only to FSAs but also to health savings accounts, health reimbursement arrangements and Archer medical savings accounts, all of which are also affected
by the change.

Under the law, reimbursement changes apply to expenses incurred for an over-the-counter “medicine or a drug,” although it specifically exempts insulin. In addition, the IRS says the new restrictions don’t apply to such medical equipment and supplies as crutches and bandages or to diagnostic devices such as blood sugar test kits. The IRS has posted further details on its website.

According to Mercer’s annual survey of employer-sponsored health plans, 27 percent of all employers offer FSAs; but among companies with 500 or more employees, 85 percent do so. The average employee contribution last year was $1,424, according to Mercer.

Although the IRS doesn’t limit the amount employees can set aside in an FSA, many employers impose an annual cap on contributions of $5,000, say experts. Starting in 2013, FSA contributions will be capped at $2,500.

People with allergies, those who suffer from heartburn and people on low-dose aspirin therapy for cardiovascular problems are among those who will be most affected by the new restrictions, says Roland Goertz, president of the American Academy of Family Physicians. Now they’ll need a prescription for that antacid or antihistamine if they want to use their FSA accounts.

“I have some concerns about if this adds more complexity to the system,” Goertz says. On the other hand, he adds, it’s better for quality of care if a doctor knows about all a patient’s medications, including those purchased over-the-counter. 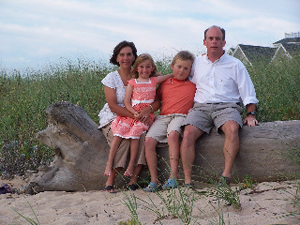 Kim Schmidl-Gagne says there’s no way she’s going to call the nurse hotline in the middle of the night to get a prescription for cough medicine if one of her kids, who are 4 and 10, gets sick. “This has taken away one of my mechanisms to purchase those items and do it in a way that’s cost-efficient for me,” she says.

Schmidl-Gagne, a program coordinator at Keene (N.H.) State College, says she and her husband live paycheck to paycheck. At the end of a pay period when money’s tight and they need over-the-counter medicines, it’s been helpful to be able to tap the $500 they deposited in an FSA. “I don’t get how this [change] helps working families,” she says.

A spokeswoman for the Asthma and Allergy Foundation of America says the advocacy organization is also disappointed with the new requirements. More than 50 million Americans have allergies, and many can control their symptoms with over-the-counter medications, says Angel Waldron. “You save time by not having to go to the doctor’s office, and co-pay money and prescription money.”

Smoking cessation products will also be affected by the restrictions, but the American Cancer Society says it’s too soon to know how the change will affect sales of over-the-counter nicotine replacement gum, patches and lozenges.

About 6 million to 8 million people use OTC or prescription drugs each year to try to quit, says Thomas Glynn, director of science and trends at the American Cancer Society. He says that the advocacy organization hopes that the health-care overhaul will open up other avenues for better access to such medications, including the expansion of Medicaid eligibility.

Consumers and advocates who are unhappy with the new rules may not realize that the looser reimbursement standards were themselves fairly recent. FSA reimbursement for over-the-counter medicine has been permitted only for the past seven years, says Stephen Huth, a senior writer/analyst with Wolters Kluwer, a business publisher. When the more-generous standards were implemented, “there were complaints about it,” he says. “People said we were going to lose all this tax revenue.” Now, the pendulum has swung back.

Cost and Quality The Health Law Insuring Your Health