Florida Blue, the state’s dominant health insurer, snagged more than one in three consumers on the health law’s exchange this year, but many could face rate hikes as the carrier struggles with an influx of older and sicker enrollees, said the company’s top executive. 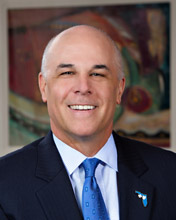 Several factors could drive up rates next year — including a paucity of younger and healthy enrollees and a greater-than-expected surge in people seeking expensive health services, CEO Patrick Geraghty said in an interview.

“We will be under tremendous financial pressure initially given the age, risk profile and high utilization of the new membership,” he said. “It is far from clear that large enrollment in the marketplace is a financially beneficial place to be.”

Nonetheless, Geraghty said Florida Blue remains committed to the individual health insurance market where it is the only carrier serving consumers in every county in the state.

The nonprofit Blue Cross and Blue Shield affiliate added 339,000 customers through the Affordable Care Act’s federal marketplace this year— or about 34 percent of the nearly 1 million who signed up in the state, Geraghty said.

Republican critics of the health law have predicted Obamacare rates would spike in 2015 as health plans try to make up for higher costs associated with mostly older and sicker people. But in the past,health insurance premiums have increased virtually every year in the individual market.

Florida Blue would not reveal its proposed 2015 rates, which were submitted to state regulators last month. State officials are expected to disclose the rates for the nearly dozen carriers in the marketplaceat the end of July. Open enrollment begins Nov. 15 and goes through Feb. 15.

Florida Blue has been one of the nation’s most fiscally stable health insurers. In 2012, the latest year for which data is available, Florida Blue achieved its 24th consecutive profitable year, as the company made $217 million net income on about $9 billion in revenue. It has about 4 million customers in Florida across all lines of health insurance. 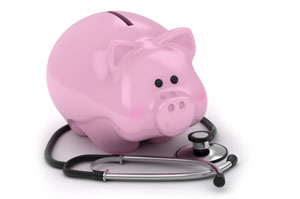 About 23 percent of those who bought exchange policies from Florida Blue this year were in the 18-to-34 age category, Geraghty said. That compares to 28 percent nationally. Initial federal projections were that 40 percent of enrollees nationally would be young adults.

Geraghty said he knew the percentage of young adults signing up in Florida would be lower than the national average because of the state’s older population. Still, 23 percent was lower than the company projected.

“It’s a concern certainly, as any market would want lower-age healthier individuals … because it balances the risk pool,” he said.

It was also harder to sign up younger adults in Florida, he said, because they faced higher rates under the law’s requirement that the oldest person buying coverage pay no more than three times the rate paid by the youngest enrollee.

Another factor that could lead to higher premiums in 2015 is that demand for expensive health services exceeded the insurer’s expectations, Geraghty said.

About 300,000 Florida Blue customers were given that option and 90 percent kept the grandfathered plans, Geraghty said. Because they are healthier as a group than the broader market, the company underpriced its marketplace plans, he said.

Despite these challenges, Geraghty said he was generally pleased with the results of the exchange’s first year of enrollment.  The company had about 50 percent of the individual state insurance market in 2014, and today has about a 40 percent share, including people buying on and off the exchange. While losing some market share, the company gained many new members.

Sabrina Corlette, senior research fellow at Georgetown University’s Center on Health Insurance Reforms, said Florida Blue’s assessment of its 2014 projection errors is telling. “They may be trying to prepare the public and the market for an increase in prices,” she said.

She said she was not surprised the insurer was below the national average for young adult enrollment, given the state’s demographics. She said the company also may have struggled to get younger adults because the Blue Cross and Blue Shield brand tends to attract older people who trust it.

Geraghty said he believes the law is here to stay.

“With many people benefiting from new coverage and subsidies, it will be difficult to reverse the tide,” he said. “The better path going forward is working on … how to improve the ACA so it works best for the largest number of our citizens.”