The Florida House – at odds with the state Senate over the expansion of Medicaid – abruptly ended its session three days early on Tuesday, leaving hundreds of bills unrelated to health care unfinished.

Shortly after the adjournment, Gov. Rick Scott, a Republican, filed a lawsuit against the federal government over the same issue. 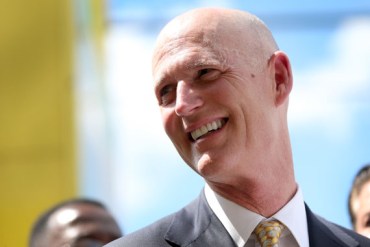 And the federal government raised the stakes of the battle by refusing to negotiate on the renewal of $2 billion in funds, mainly for the Low Income Pool program, which reimburses hospitals for unpaid bills. The federal funding will expire at the end of June.

“The pool money was about helping low-income people have access,” Health and Human Services Secretary Sylvia Burwell told WFSU in January. “I think we believe an important way to extend that coverage to low-income individuals is what passed in the Affordable Care Act, is this issue of Medicaid expansion.”

Scott’s suit says it’s a case of coercion – Florida must expand Medicaid or lose $2 billion – and that was expressly forbidden by the Supreme Court when it upheld the health law in 2012.

Close to 800,000 Floridians could gain coverage if the state expands Medicaid.

Senate President Andy Gardiner says he’s disappointed with the House’s decision: “The House didn’t win, the Senate didn’t win and the taxpayers lost. There are a lot of issues that aren’t going to make it, and it’s unfortunate.”

But House Speaker Steve Crisafulli says it was the right thing to do: “We’ve made every effort we can to negotiate with the Senate on a budget and at this time they’re standing strong on Medicaid expansion.”

Crisafulli’s top legislative priority, water policy reform, is among the many bills left hanging this session.

Scott tried to pressure the Legislature to the bargaining table to craft a state budget. He threatened to veto Senate priorities, but the Senate remained unmoved.

Now, the one task the Legislature is mandated to do — pass a budget — remains incomplete. Scott has said he will call the Legislature back for a special session to complete the budget.