Seeking to improve care and lower costs, Florida this month became the first state to offer a Medicaid health plan designed exclusively for people with serious mental illnesses, such as schizophrenia, major depression or bipolar conditions. 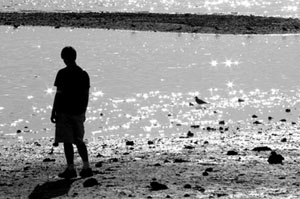 The plan — offered by Avon, Conn.-based Magellan Complete Care — is part of a wave of state experimentation to coordinate physical and mental health care for those enrolled in Medicaid.

Mental illness is a big driver of Medicaid costs because it is twice as prevalent among beneficiaries of the public insurance program for the poor as it is among the general population. Studies show that enrollees with mental illness, who also have chronic physical conditions, account for a large share of Medicaid spending.

Yet many Medicaid programs, including Florida’s, have traditionally contracted with separate companies to provide coverage for mental health services, making coordination more difficult.

“We don’t want to have a situation where your brain is in one HMO, your teeth are in a second HMO and your eyes are in a third HMO,” said Florida Medicaid Director Justin Senior. “Your whole head should be in the same organization and that is why we have done this reorganization.”

About 140,000 low-income Floridians are expected to be eligible and Magellan predicts about 20,000 will participate voluntarily in the first year.  Medicaid recipients who meet the plan’s criteria will automatically be assigned to it by the state, though they have the option to switch to a different managed care plan within 90 days of enrollment.

Coverage begins July 1 in Miami-Dade and Broward counties, then will roll out to other regions by September.

Magellan, a for-profit company that oversees the behavioral health of 34 million enrollees, was the only company that bid on the mental health plan contract, which could be worth as much as $1.5 billion over five years.

The health law, which is adding millions of people to Medicaid nationwide this year, has put more pressure on states to improve mental health care services. Such services are one of 10 categories of required “essential health benefits” under the law. The law also provides money to help states design programs to coordinate care.

Other state experiments to boost coordination of mental health care include:

— An Arizona program that gives some Medicaid enrollees with serious mental illness the option to receive physical and mental health services from providers that share their information. They can also visit clinics offering medical and behavioral care under one roof.

— A Minnesota program to make providers accountable for physical and behavioral health by paying them one fee for all services, including chemical dependency treatments.

— A Tennessee rule allowing managed care companies to subcontract for mental health services if the subcontractor operates inside the health plan offices to ensure coordinated management.

Florida, which is among the 24 states that have not yet expanded Medicaid eligibility under the health law, decided to create a comprehensive plan for those with mental illness as it requires virtually all Medicaid recipients to enroll in a managed care plan.

“Everybody is hoping the integrated plan will be able to provide some fairly decent medical care and behavioral health care,” said Karen Koch, vice president of the Florida Council for Community Mental Health, an advocacy group.

Traditional health plans sometimes fail to authorize sufficient outpatient treatment and rehabilitation services, so people end up needing to be hospitalized, she said. And patients with severe mental illness often have more difficulty dealing with other problems such as obesity and diabetes.

Nevertheless, advocates are cautious about Florida’s experiment because “dealing with managed care is never a fun thing for consumers or providers, so we are all walking on egg shells to see how it goes,” she said.

Magellan’s model centers on a care coordination team made up of nurses, doctors and other specialists who will work with members and their families to achieve health goals. Magellan will also provide each member with a personal health guide who will help schedule appointments, arrange transportation to providers and help them follow treatment plans.

The state is requiring Magellan to have a care plan and peer support group for each patient.

“We know that patients receive better care when that care is coordinated, with doctors, specialists and support staff across disciplines talking to one another and sharing information,” said Osman Ahmed, chief medical officer of Magellan Complete Care.

Florida is among a handful of states that already offer specialized Medicaid health plans for people with HIV. The state also has a separate plan for child welfare recipients.

The state has budgeted cost savings from the mental health plan, in part because it is paying Magellan 5 percent less per member, per month than it would cost to treat them if they were not in a managed care plan. Magellan hopes to profit by helping patients avoid hospital admissions and other expensive care.

Medicaid health plans are paid higher rates for enrolling people with mental illness so they don’t have a disincentive to sign them up.

Magellan has run Medicaid health plans before and often has been hired as a subcontractor by health plans that carve out mental health services.

One of the company’s challenges is to make sure it has sufficient doctors and nurses to handle physical health issues. Plan officials say they have built a large enough network that most new members won’t have to change providers.

Claudia Lamazares, chief operations officer of the new Florida plan, said the plan is focused on “bridging the gap” between a patient’s mental health providers and those that treat physical issues.