If Republicans in Congress scrap the Affordable Care Act, Carmina Bautista-Ortiz might have to go back to Mexico for health care. But she’d rather spend the time running the printing shop she and her husband own in Jurupa Valley, a city about 50 miles east of Los Angeles.

For at least 10 years, before the Affordable Care Act made it possible for them to get insurance, Bautista-Ortiz and her husband Roger had been uninsurable — she because of a heart condition known as tachycardia, he because of high cholesterol.

Bautista-Ortiz crossed the border to get tests and specialty care for her rapid heartbeat. Her husband was slapped with a $20,000 hospital bill, which Carmina spent two years negotiating down until the hospital dismissed the debt.

Three years ago, the couple was finally able to buy subsidized health coverage through the state’s Obamacare exchange, Covered California, and Bautista-Ortiz said they now spend less time worrying about how to get care.

“Our health is … basically the most important thing that we have,” said Bautista-Ortiz. “If you’re not feeling well, you’re not going to do your job the right way.”

Under Republican-led plans to repeal the Affordable Care Act, hundreds of thousands of self-employed people in California are at risk of losing their ability to buy affordable insurance. Some business owners welcome the rollback of the law, but the smallest of California businesses — entrepreneurs and contract workers who buy insurance on their own through Covered California — have the most to lose under a repeal.

That worries small business advocates who favor the Affordable Care Act. They say putting health care coverage out of reach of the self-employed could threaten Americans’ entrepreneurial spirit and burden people who create jobs and take on financial risk.

“When you’re providing a benefit that allows folks to take that risk with a little more of a safety net … that allows more entrepreneurs to take the plunge,” said Mark Herbert, California Director for Small Business Majority, an advocacy organization that opposes repeal.

Nationally, California has one of the highest rates of small business owners who get their coverage through a health insurance exchange — 16 percent — according to a U.S. Department of the Treasury analysis of 2014 data. And Covered California officials say nearly a quarter of enrollees — 377,000 people — declared themselves “self-employed” as of December. Enrollees receive an average of $440 a month in tax credits to help offset insurance premium costs, a spokesperson for the exchange said.

Herbert said rolling back subsidized health care and the no-exclusion policy for preexisting conditions could lead entrepreneurs to abandon their endeavors for more secure jobs, or prevent them from setting up shop in the first place.

Other self-employed people say the looming repeal of Obamacare may not make them change careers, but it would change their relationship to health care. 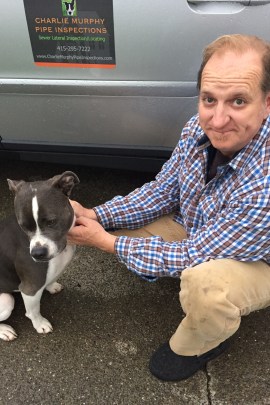 Charlie Murphy, a sewer pipe inspector in Marin County, says if the hefty government subsidies that help him pay his monthly premium disappeared, he’d drop his coverage, or get a skeletal policy instead.

“My focus would be more [on] something catastrophic, than [a plan that supports] health maintenance,” said Murphy, 54, who pays a fraction of a monthly premium of roughly $500. The rest is subsidized with federal money.

When Murphy signed up for health care last year, he decided it was time for a check-up, the first in seven years. He barely interacted with doctors during the previous fifteen years, which he spent uninsured.

He was surprised to hear that his blood sugar and blood pressure were higher than they should be.

“I thought I was in better health than I was,” Murphy said.

The doctor’s visit — and a break up with a girlfriend — inspired Murphy to lose 20 pounds this past year. He cut down on smoking and drinking alcohol, and learned he can “survive without cookies and pie.”

He got some mental health treatment for anxiety, too, which improved his “outlook,” he said.

Although Obamacare may have made a notable impact on his health, he said he wouldn’t pay more for insurance or abandon his career to keep the same health care access he has now.

“I like working for myself, it’s nice … Driving around with the dog,” said Murphy, who performs site visits on homes for sale, inspecting sewage systems.

Just as each individual experiences the health care system differently, small business owners’ perspectives on Obamacare also vary widely and are influenced by ideological views and how much care costs. 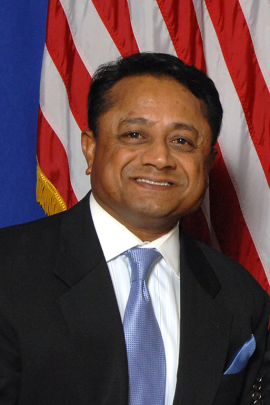 Sunder Ramani, owner of Westwind Media in Burbank, Calif., pays the health care premiums for roughly a dozen employees who opt into his employer-sponsored plans. He says premiums he have been steadily increasing in recent years. (Courtesy of Sunder Ramani)

Sunder Ramani, who owns Westwind Media, a post-production company in Burbank, Calif., offers small group coverage to roughly a dozen employees, even though he’s not legally required to. He pays 100 percent of their premiums.

“I’ve been paying higher and higher premiums, but for what appears to be packages that are less and less attractive,” said Ramani. He is a member of the California Leadership Council of the National Federation of Independent Business, a conservative small business association which opposes the Affordable Care Act and sued to overturn the law when it was first passed.

Ramani said if his business revenue hadn’t grown over the past several years, he might have shifted more of the health cost burden onto his employees. While Obamacare may not be solely responsible for health cost increases, Ramani said, the law didn’t bring them down as much as it could have.

In California, premiums in the small group market have been going up, but recent premium hikes have been smaller than in previous years, according to data from one of California’s two insurance regulators, the California Department of Managed Health Care. Premiums grew by almost 10 percent for small employer plans in 2011, whereas this year, they rose less than 6 percent, according to the data.

Businesses with 50 or more workers have greater legal responsibilities under the Affordable Care Act. The health reform law requires them to offer employees affordable coverage or pay a penalty.

That employer mandate has created an administrative “headache” for small business owners, say the insurance agents who help them comply with new required paperwork.

What’s more, the new requirement on employers hasn’t increased the rate of people with job-based coverage, because most employers of that size already offered employee health care before Obamacare, according to researchers at the Urban Institute.

But to the individuals who run the smallest of California’s enterprises, the law gave them benefits that didn’t exist before — the guaranteed availability of insurance, and the financial support to pay for it.

The promised repeal of the federal health law, as well as other policy changes under President Donald Trump, is complicating Carmina Bautista-Ortiz’s decisions to hire more employees or offer health care to the two she currently has.

Right now, those two employees, hired late last year, are responsible for their own health care. One is covered through her husband, and Carmina suggested to the other that he find a policy on the open market.

Bautista-Ortiz plans to look into a group health policy and help her employees pay for coverage. But right now, she says, those decisions are on hold.

She’s not sure how a repeal of Obamacare would affect her business yet, but she knows it will affect her personally.

“We’re ready for the worst, and hoping for the best,” she said.