Soon after moving to Utah this summer, Rainbow Sky Buck ended up at the hospital with a painful ear infection. There, Buck learned she no longer had access to the free health coverage she had in California as a former foster youth.

To pay for the care, Buck emptied out her bank account and borrowed money. “Luckily, I got my antibiotics and I am OK now,” she said. “But what is going to happen next time?”

Under the health law, young adults who age of out of the foster care system are eligible for free Medicaid coverage until they turn 26. The provision was an attempt to give them the same opportunity as other young people who can stay on their parents’ insurance until their 26th birthday. 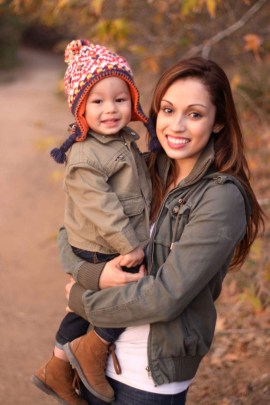 Lezlie Martinez, 19, with Maverick Martinez, worries that she may be left uninsured and unable to pay for medical treatment for eczema, allergies and fibromyalgia if she moves from California to Colorado. (Photo courtesy of Jordan Verdin)

But these young adults are encountering a major barrier: They are only guaranteed coverage in the state where they were in foster care. States have the option of extending the benefit to all former foster youths, but only about a dozen have done so.

Now, advocates and policymakers are trying to change the law at the federal level, so former foster youths don’t lose access to Medicaid coverage no matter where they move.

Reps. Karen Bass, D-Calif., and Jim McDermott, D-Wash., have proposed legislation that would allow them to qualify for Medicaid, the government health program for low-income Americans, in any state. Sen. Bob Casey, D-Pa., has introduced a similar bill that he said would be a simple clarification of what Congress intended. Meanwhile, advocates are pushing the Centers for Medicare & Medicaid Services to change its interpretation of the original provision.

First Focus, which advocates for foster youths, has been receiving calls from young people who had no idea that they would lose health insurance when they moved.

“We really do feel an urgency about this,” said Shadi Houshyar, vice president of child welfare policy at the organization. “So many people who have aged out have significant health needs and coverage is so important. There shouldn’t be an additional barrier.”

Former foster youths are more likely than their peers to have physical and mental health needs, experts say. Ongoing research in Illinois, Wisconsin and Iowa shows that 22 percent of former foster youths had been hospitalized at least once in the previous year and one-third had two or more emergency room visits.

Just like other young people, former foster youths move to different states for school, jobs or family, said Fatima Morales, policy and outreach associate for the advocacy group Children Now. Morales said they shouldn’t be penalized for doing so.

Morales said her organization is trying to inform youths what they might face if they move. “They need to know how their health coverage might be impacted,” she said. “It’s just something that they need to weigh.”

Lezlie Martinez, 19, is weighing her options now. She is hoping to move from California to Colorado because she wants to live in a place with a lower cost of living. Her boyfriend is already there and she is looking for hospitality jobs to support herself and her 2-year-old son.

But she worries that she may be left uninsured and unable to pay for medical treatment for eczema, allergies and fibromyalgia. “It is causing foster youth to be stuck in the same state they were raised in,” said Martinez, who lives in Oceanside, Calif. “It is really stressing me out.”

Buck said she decided to move to Sandy City, Utah, because of the limited job prospects in the small Northern California town of Crescent City. Before moving, she asked social workers about whether she would still qualify for free health coverage and was told that she would. Buck said she was shocked to learn otherwise.

She is no longer seeing a therapist for depression and said she is weaning herself off antidepressants because she can’t afford them. Buck said she also worries about getting another ear infection and not being able to afford treatment.

“It is just scary to think I am completely on my own,” said Buck, who recently got a job at an automotive shop but doesn’t get insurance from her employer. “I don’t want to leave, but this is almost forcing me to move back to California.”

For Former Foster Kids, Moving Out Of State Can Mean Losing Medicaid