Yes, a debt deal got made, but many think the real work is just beginning.

Congressional leaders will select 12 from their own ranks to sit on a “super” joint congressional committee tasked with finding $1.2 trillion to $1.5 trillion in cuts, by Nov. 23, to follow the more than $900 billion included in the initial round of reductions laid out in the deal. The initial cuts spared Medicare and Medicaid, but those programs might not be so lucky the next time around. If it fails to act — or if the Congress fails to accept its recommendations — automatic cuts, including a 2 percent cut to Medicare provider payments, would kick in. 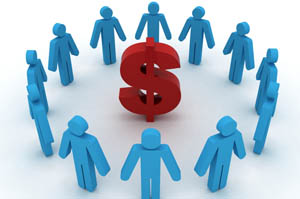 As congressional leadership starts wrestling with who’ll sit on this committee, bloggers are weighing in.

The Congressional Budget Office’s Douglas Elmendorf provides an analysis of the agreement on his Director’s Blog.

“Given the stakes, both parties will want to appoint members who have close ties to the leadership and are willing to carry out their directives,” according to Suzy Khimm, at Ezra Klein’s Washington Post blog. “Committee chairs and ranking members who work closely with taxes, health care and entitlements will all be strong contenders. But congressional leaders will also probably steer clear of members up for a tough reelection battle in 2012, such as Sen. Orrin Hatch, ranking member of the Senate Finance Committee.”

With the headline “There Will Be Blood on the Floor on November 23rd,” Bob Laszewski, on his Health Care Policy and Marketplace Review blog, tries to cut through the noise to examine what the real challenges might be: “When it comes to health care and the super-committee, all federal health care spending is on the table — Medicare, Medicaid, the new law, benefits, and provider payments. Since the budget window for the deal is ten years, it is not likely that any changes will be made to entitlement eligibility — such as delaying the Medicare eligibility age from 65 to 67. … But we could see more means testing of Medicare premiums.”

Laszewski also looks how the end-of-the-year timing for upcoming revisions to the Medicare physician payment system – called the sustainable growth rate, or SGR .

Aaron Carroll at The Incidental Economist writes: “Even worse for providers, the negotiations of the Super Congress would need to be wrapping up at just about the same time that the SGR is once again slated to kick in – reducing Medicare reimbursement about 29% across the board. If the AMA thinks it’s going to be easier to convince politicians to find a couple hundred billion dollars to solve this issue then, they’re in for a bit of a rude awakening.”

And Medicare payment to hospital and doctor payments could be automatically trimmed if the committee doesn’t act. Medicaid, however, is exempt from the automatic cuts.

Igor Volsky at ThinkProgress Health notes: “Hospitals and doctors will complain about the possibility of future cuts, but as a general sense, it’s difficult to feel much sympathy for providers who will see an increase of revenue as a result of the coverage provisions in the Affordable Care Act. They, after all, can rejoice that Medicaid is exempt from the reductions — a great victory given that providers are already underpaid for their services…”

Matthew Yglesias, at his ThinkProgress blog, has a lovely pie chart illustrating what will get cut if the “super committee” can’t agree: More than 12 percent will come from mandatory and discretionary health programs.

Ezra Klein in his Washington Post blog wonders if Democrats will actually prefer the trigger instead of making other cuts to programs.

Michael Tanner, in the Cato@Liberty blog, laments that the deal didn’t take on entitlement reform. “It is Medicare, Medicaid and Social Security that are driving this country towards insolvency, but this plan does not include any structural reform of these programs.  … But no one should pretend that we’ve put our fiscal house in order.”

At the Columbia Journalism Review’s Campaign Desk blog, Greg Marx asks why the deficit debate hasn’t reflected that the deficit problem is a health care problem. “A variety of Medicare reforms, along with revenue increases that would help cover rising costs, were reportedly discussed as part of the ‘grand bargain’ sought by President Obama. But the deal we’ve apparently ended up with—or the parts of it we know about now, anyway—targets its cuts on the parts of the budget represented by the blue line above, and does comparatively little (though not nothing) about the scary-looking red one.”

Finally, Avik Roy, at his Forbes The Apothecary blog, reminds readers: “[L]et’s not forget why we have a debt crisis in the first place: because the 89th Congress passed Medicare and Medicaid without concerning itself with how future generations would fund these programs. It’s way too easy to say it’s Washington’s fault. At the end of the day, politicians in Washington are a reflection of the people who elected them.”