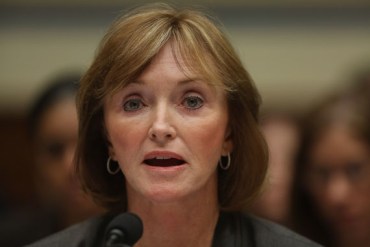 “There is no better individual than Marilyn to lead our industry through the increasingly complex health care transformation that is underway,” said America’s Health Insurance Plans board chairman Mark Ganz in a written statement.

It’s a turbulent time for health insurers. The largest companies are consolidating and firms are still struggling with the rollout of the federal health law. Already, Aetna and Humana have announced a merger, Clayton-based Centene Corp. is in the process of acquiring Health Net Inc., and Anthem is pursuing a deal with Cigna.

Tavenner played a crucial role in the rollout of the federal health law during her time with the government. She oversaw many of the new rules that now limit how health insurers can operate and led the troubled launch of HealthCare.gov.

“I am honored to join this association and to lead this industry that is deeply committed to improving care delivery and affordability for individuals and families,” Tavenner said in a statement.