Saying that electronic health records distract doctors, take time away from care and make physicians less productive, an influential doctors’ group called on vendors and government agencies to work with them to develop better, easier-to-use technology. 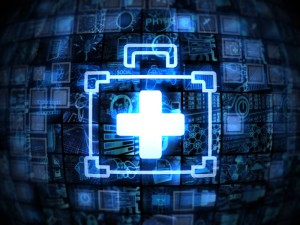 The American Medical Association asked the Obama administration to abandon its “all or nothing approach” requiring Medicare providers to go digital or be penalized. The group also wants the government  to develop better certification criteria for vendors selling electronic record systems.

It outlined eight areas for overhauling the record systems, with the top priority being to make sure the technology enhances, rather than disrupts patient care. Electronic health records should also promote coordination, enable physicians to delegate to other health care providers and be able to interact with patients’ mobile devices.

Under the 2009 economic stimulus package, Congress authorized $27.4 billion to incentivize doctors to switch from paper to electronic records with the goal of reducing costly errors and duplication and boosting coordination.  The law offers doctors who treat Medicare patients up to $63,750 over five years to help pay for the change if they can prove they’re making “meaningful use” of the systems by, say, submitting prescriptions electronically.  Those who do not go digital are supposed to have a percentage of their Medicare payments withheld beginning next year.  However, the government recently agreed to give certain providers more time and flexibility.

The AMA says that isn’t sufficient to address the problems.

“The meaningful use program and the regulatory structure associated with it initially has been a wonderful impetus to get health systems to adopt [electronic health records],” said Dr. Steven J. Stack, president-elect of the AMA, adding: But the “processes associated with it have become overly prescriptive, rigid and unreasonable and have themselves become a barrier.”

The group said that one of physicians’ chief concerns is that the programs often have clunky menus that require what it called “the collection of time-consuming information of questionable value” and data that is no more than “clutter,” such as lists that do not differentiate between a patient’s current and out-of-date medications.

That information distracts the physician, is often irrelevant to the care of the patient and leads to “excessive clicking and scrolling” on behalf of the doctor, the organization said.

“We do not want to go back to paper records, but today’s current E.H.R. products are immature, costly and not well designed to improve clinical care,” Stack said. “Requiring electronic health records to be all things to all people — regulators, payers, auditors and lawyers — diminishes the ability of the technology to perform the most critical function, helping physicians care for their patients.”

Asked whether they’re seeking delays to the programs penalties beginning next year, Stack said that’s not the group’s goal.

“We would not shy away from accepting delays but have not made that our focus,” he said.

In addition to the criticisms laid out Tuesday, the AMA had joined with the American Hospital Association and 15 other groups to ask the administration to let providers show meaningful use of electronic health records for three months in 2015, as opposed to a full year — arguing the program’s success hinges on the agency offering flexibility.

A spokesman for the Obama administration encouraged doctors to communicate what they need to vendors and others.

“We support the AMA’s efforts to improve EHRs for the end user – the health care providers who use these products to treat their patients,” said Peter Ashkenaz, spokesman for the Office of the National Coordinator for Health Information Technology at the Department of Health & Human Services.

But, he added, “We also know that no software is perfect, and therefore no EHR is perfect.”