The 2010 federal health law has a provision that was supposed to make it easier for people on Medicaid to quit smoking. But in a number of states, it’s not, so far, having widespread success.

That’s the main takeaway from a study published Tuesday in the journal Health Affairs. The law says all state Medicaid programs have to cover tobacco cessation drugs — meaning they have to pay for things like nicotine patches, Chantix, nicotine gum or Wellbutrin, when patients are using them to try to quit smoking. But it leaves states relative freedom in how they go about doing so and what conditions they place on how the benefit is applied.

That flexibility has consequences, according to the study’s authors. They examined Medicaid data and found that very few enrollees — about 10 percent nationwide in 2013 — got medicine that might help them stop smoking, even though Medicaid recipients are around twice as likely as average Americans to be smokers.

Both from a public health standpoint and an economic one, that’s a problem, said Leighton Ku, director of the Center for Health Policy Research at George Washington University and the study’s lead author. Figures from the U.S. surgeon general indicate about 15 percent of Medicaid’s expenses — $40 billion in 2010 — are caused by smoking. The authors estimated that number will reach $75 billion this year. By contrast, Medicaid spent $103 million in 2013 on smoking cessation drugs.

“This is something where you can improve health, you can save you money,” he said. “And we’re just not very effective at it.”

In 2013, the study found, about 1.7 million prescriptions were filled or refilled for drugs to help Medicaid patients quit smoking. That’s estimated to be enough to treat about 830,000 people — out of about 8.3 million Medicaid patients whom the researchers estimated were smokers in 2013.

Some states have done a markedly better job than others. In Minnesota, for example, almost 27 percent of smokers on Medicaid were using medications to help them quit smoking, the researchers found. In Texas, only 1 percent did.

Ideally, Ku said, 100 percent of smokers on Medicaid would get help quitting. But even the Minnesota experience — which has the highest proportion of Medicaid smokers getting those prescriptions — indicates the extent to which other states currently fall short, he said.

It’s not entirely clear why, according to the researchers. But there are a number of factors that could be at play. In some states, patients have to make co-payments toward the medication, or get prior authorization from the Medicaid program before getting the drug. Those are more or less “functional barriers” that keep Medicaid beneficiaries from getting the medicine that could help them quit, said Michael Fiore, a professor of medicine and director of the University of Wisconsin Medical School’s Center for Tobacco Research and Intervention. Fiore wasn’t involved in the study. 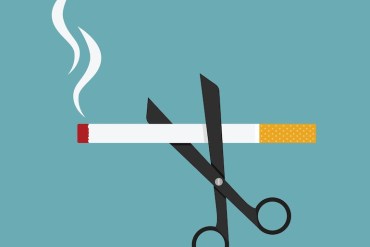 “This is still a new thing,” Ku said. “It’s underappreciated, under-recognized.” The federal government hasn’t placed much emphasis on the regulation, he added, though he thinks more state Medicaid agencies are starting to prioritize it.

The study also notes another wrinkle. When it comes to states where smokers on Medicaid have less frequently gotten cessation drugs, most declined to expand Medicaid to cover a larger number of childless adults, a component of the health law the Supreme Court made optional in 2012.

That connection, Fiore said, is probably because the same states that declined the expansion are often ones that haven’t emphasized preventive care — though that isn’t always the case. He also pointed out that Wisconsin has actively publicized the smoking cessation benefit, despite choosing not to expand the low-income health insurance program.

“If [those states] would expand Medicaid, more people would have access to Medicaid that would cover tobacco cessations,” he said.

For Medicaid programs that do emphasize the benefit there’s a major opportunity to recoup that spending, Fiore said, citing evidence that for each Medicaid dollar states put toward quitting smoking, they recover three times that, in as little as two years.

And that doesn’t even account for the savings in terms of how helping people quit smoking can bolster the economy, or improve a family’s health, Fiore said. When parents stop smoking, children aren’t exposed to second-hand smoke – which affects poor children more than those from higher income families — and are less likely to develop asthma. Smoking can damage someone’s health enough that he or she can’t hold a steady job, he added, a drag on the economy for which these figures don’t account.

“There are very few things we do in health care that have a positive return on investment, and smoking cessation is one of those,” he added. “It doesn’t take a decade.”