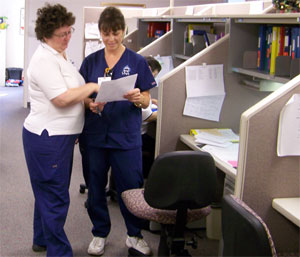 The Pennsylvania home health care company Linda Bettinazzi runs is charged about $6,800 per worker for health insurance  $2,000 more than the national average for single coverage. One reason: nearly every one of her 175 employees is a woman.

Insurers say women under the age of 55 cost more to cover because they use more health services, and not just for maternal and infant care. But Bettinazzi, the president and CEO of Visiting Nurse Association of Indiana County, believes there’s something inherently wrong in charging her company more because it hires a lot of women.

“There’s a great sense of unfairness,” Bettinazzi says. “I feel angry, and maybe betrayed would be a good word.”

Gender rating is the norm today, part of a complex formula of risk factors  including health history and age — insurers say has been necessary to fairly price policies. But advocacy groups for women argue that charging more for women than men is discriminatory and should be illegal.

Would Health Reform Change The Situation?

The battle is playing out on Capitol Hill through the debate on health overhaul legislation. If a new law results in nearly all Americans having to carry insurance, the industry has said it would agree to end rating based on gender and health status in sales of policies to individuals and small groups. But the leading industry trade group and some of its legislative allies have balked at ending such rating in the group market where larger employers purchase coverage.

Journal of Family Practice: Gender Differences in the Utilization of Health Care Services

The House health care overhaul bill and legislation approved by the Senate Health, Education, and Labor Committee treat the large group market much the same as the individual and small group markets, banning insurers from setting rates based on the gender and health status of applicants, and limiting how much more insurers can charge based on age.

But the Senate Finance Committee bill would allow insurers to continue to consider the gender, health status and age of workers when setting premium rates for businesses with more than 50 or 100 employees, depending on each state’s definition of a large business. Those who say gender rating is unfairly discriminatory are putting pressure on Senate leaders to eliminate it in larger groups as they try to blend the Finance and health panel bills. The fight may not end there as senators and House members will be able to offer amendments to health overhaul legislation once the bills reach the floor in each chamber.

“Discriminatory insurance practices, such as gender rating, should be abolished across all markets  individual and group,” says Sen. Barbara Mikulski, D-Md., a senior member of the health committee. “A woman should not face discrimination based on something arbitrary like the size of the employer she works for.”

But insurers and brokers who sell policies readily defend current rating practices in the group market. “Insurance is about risk, and we can demonstrate objectively that women are a higher risk,” says Henry Stern, an insurance broker near Dayton, Ohio. “If you don’t base it on risk, you don’t have insurance. You have income redistribution,” meaning others would have to pay more.

Why Are Rates Higher For Women?

When setting premium rates for a large employer, insurers try to assess the overall risk of the group. They gather as much data as possible about employees, including their demographics, health status, recent health costs, geographic location and whether their jobs are high risk. All of that information is evaluated to determine how much the group is likely to cost in a given year, and therefore how much the insurer should charge the employer in premiums. 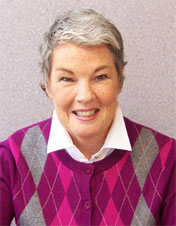 Stern, who also writes the popular InsureBlog, points to “morbidity tables” that insurers use to calculate risk, which show that, until their mid-50’s, women cost significantly more than men. For example, according to the risk chart of one major insurer, the average 25- to 29-year-old woman generates nearly three times as much medical spending as men of that age.

Studies cite, among other costs, maternity and reproductive care that requires mammograms, Pap smears and regular doctor visits. Women also use more prescription drugs and may have to contend at younger ages with cervical cancer and breast cancer.

Bettinazzi says she’s heard all this from her broker: “It was sort of like, why would you even be asking the question? You’re all women, you’re having babies, you’re getting sick, you’re hurting your backs.”

By contrast, Stern says, young men are seen as “free money to the insurance company,” because they are unlikely to use many services. But starting at about age 54, men start to show greater signs of wear and tear, such as heart attacks, prostate cancer and colon cancer, and begin to cost more than their female counterparts.

Costs “Aren’t Going To Go Away”

If a health care overhaul bill becomes law, insurers would potentially have millions of new customers as most Americans would be required to have insurance. And America’s Health Insurance Plans, the industry trade group, says in that situation they would stop rating for health status and gender in the individual and small group markets.

But they want to retain the ability to rate bigger employers. They fear that without rating, businesses that currently benefit from discount rates will see their premiums soar. Those companies may pull out of the group market altogether, choosing to provide their own insurance instead.

Another industry group that represents insurance agents, the National Association of Health Underwriters, supports eliminating gender rating for all markets, as long as there is a strong requirement that all Americans carry insurance, says Jessica Waltman, senior vice president of government affairs. Nonetheless, she says, the costs of covering higher users of medical services “aren’t going to go away. They’ll get shifted to someone else.”

“Time to Level the Playing Field”

The issue of rating in the large group market is being scrutinized as senators try to merge the Finance and health committee bills, aides say. Lawmakers are under pressure from all sides.

The National Women’s Law Center has been publicizing the issue with a campaign called “Being a Woman Is Not a Pre-Existing Condition.”

Women already make less money than men, says Judy Waxman, vice president for health and reproductive rights, and to force them to also pay more for health insurance is blatantly unfair. Moreover, the extra money an employer must pay to insure a group of women often gets passed along to workers in the form of higher premiums and deductibles. “It’s time to level the playing field,” she says.

Sen. Mikulski, for her part, has gotten 24 colleagues to sign on to a letter urging a ban, in all markets, on gender rating and other practices viewed as discriminatory.

Some experts say gender rating doesn’t make sense in part because of the fine line separating legislative definitions of small and large groups. Under the Finance bill, for example, a large group can be as small as 51 employees. “A large group is just one more than a small group. It’s just 51,” says Karen Pollitz, project director at Georgetown University’s Health Policy Institute.

For Bettinazzi and her organization, insurance rate relief can’t come fast enough. This year, for the first time, VNA is asking employees, who were paying nothing, to foot a small part of the premium bill. Some members of the board of directors are advocating a change to high-deductible, less expensive policies.

Premiums now account for 8 to 10 percent of annual revenue, says Bettinazzi, and that is “unsustainable.”