Earlier this year, Katy Mallory’s husband, Dan, traveled to Mexico for business. That itself is not typically a big deal, but Katy is pregnant with twin girls, and Mexico is among the countries where the Centers for Disease Control and Prevention say mosquitoes are actively spreading Zika, a virus that’s been linked to severe birth defects.

Dan Mallory says in the middle of his trip, news hit that the Zika wasn’t only transmitted by mosquitoes, but could also be sexually transmitted. So when he returned, the Decatur couple decided to follow the CDC’s recommendation: use condoms during sex.

“It was a little bit weird to think about needing to use protection having been together for 10 years and not having had that conversation in a really, really, really long time,” Katy Mallory said.

While the couple knew the risk of Dan having Zika and transmitting it to his wife were small, “Fear of the unknown was enough to cause pause and be pretty careful,” he said.

“Careful” describes the approach many women in the South say they’re taking as mosquito season starts up in the region.

The CDC has linked Zika to microcephaly, a birth defect where babies are born with smaller heads and smaller brains that don’t develop properly. The World Health Organization says as of the middle of May 2016, more than 1,300 cases of microcephaly and other neurological disorders believed to be Zika-related had been reported from nine countries, including the U.S.

Georgia has seen 13 Zika cases so far, all of them in people who have traveled to one of the 55 countries where the WHO says Zika is active. None of the cases were in pregnant women. 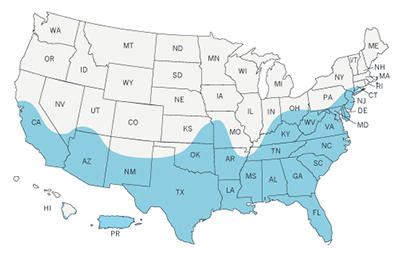 While the virus hasn’t been seen in mosquitoes in Georgia yet, the potential for transmission, while small, exists.

The disease is spread primarily through one species of mosquito, the Aedes aegypti, though experts say the tiger mosquito could also carry it. Both species of mosquito are found in Georgia and about 30 other U.S. states. Health officials say their presence means the U.S. could eventually see small, local clusters of the Zika virus. 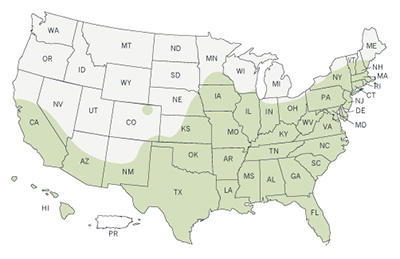 “One bite can do it,” said Sarah Grzywacz, an Atlanta resident who canceled a trip to Mexico after consulting with her doctor. “One bite and you can be infected, and this child we so deeply planned for and deeply wanted could be forever changed and forever injured by our desire to have a vacation.”

Grzywacz, who’s seven months pregnant, says because the mosquitoes that carry Zika are also in Georgia, she tries to stay inside as much as possible and wears pants and long-sleeved shirts when she goes outside. She knows the risk of getting Zika is very, very small, but she wants to be cautious.

“We feel mostly powerless to control what happens because it’s mosquito bites,” Grzywacz said. “How can you go outside in the summer and not get bitten by a mosquito?”

Some Georgia women told WABE they’re holding off on planning a pregnancy this year altogether because of Zika.

“This summer, do I need a full-body net? That is everyone’s question,” said Emory Healthcare gynecologist Dr. John Horton.

Of course there’s no need for body nets, Horton says, but he understands why women are so worried.

His office hands out a Zika form that asks patients about recent travel and any symptoms they may have. At this point, however, Horton would not recommend women delay pregnancy because of Zika.

“I recognize it’s on our Caribbean door, but we haven’t seen it yet, and it may not come,” Horton said.

Horton points out the mosquitoes that carry Zika also carry viruses like dengue, yellow fever and chikungunya. Those haven’t been widely spread in the U.S., in part because people here are better shielded from mosquitoes by screens and air conditioning.

“If it gets here, we will figure this out,” Horton says.

That “if,” though, has state health officials on alert.

“It’s very important that people are very aware of cleaning up around their house,” said Georgia Department of Public Health Commissioner Brenda Fitzgerald.

The DPH commissioner says the state is taking the risk of Zika seriously. She says the department has set up mosquito traps to figure out where Zika risks might exist. There’s also a public service campaign underway to educate residents on preventing mosquito breeding grounds.

“Toss any container around your home that you’re not using,” Fitzgerald said. “Make sure you empty your gutters. Make sure you get rid of any standing water.”

Fitzgerald says right now the biggest risk to pregnant women is travel-related, but it’s not a minimal one, given that Atlanta’s Hartsfield-Jackson airport hit a record 100 million passengers last year.

The CDC recommends women wait eight weeks after traveling to a Zika-infected country to conceive. If a women’s male partner shows symptoms of Zika, which include rash, joint pain and eye inflammation, the couple should wait six months because the virus can linger in semen.