Millions of people each year are skipping out on their annual trip to the dentist. And it’s not because they’re afraid of the drill.

Many people just can’t find a dentist or can’t pay for a visit:  33.3 million Americans live in a region with a shortage of dental professionals; kids, seniors and minorities are particularly vulnerable. 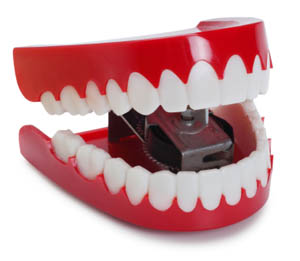 And because dental care usually isn’t provided as part of a standard health insurance package, even under Medicare, many Americans simply can’t afford it. In 2008, 4.6 million kids skipped their dental checkups because their families couldn’t pay, and in 2006, only 38 percent of retirees had dental coverage.

But a new report from the Institute of Medicine has some ideas on how to improve dental access, including recruiting more dental students from minority, low-income and rural populations to serve the neediest areas. The IOM also recommends investigating ways to expand Medicaid dental coverage for adults (Medicaid currently only requires dental coverage for kids) and increasing reimbursement rates for providers. According to a second study by the CDC’s Sandra Decker, in today’s Journal of the American Medical Association, paying more increases the number of kids who get regular teeth cleanings.

But some players in the world of teeth may be unhappy with the IOM report.

That’s because the IOM also recommends that states change their laws to allow dental hygienists, assistants and other professionals to take on a greater role in treating patients. Right now, the laws dictating what types of procedures dental hygienists and assistants are allowed to provide varies greatly by state.  Restrictive laws, the IOM writes, may result in states missing “critical opportunities to serve greater numbers of individuals in need of care” where there are not enough dentists to meet the needs of the local population.

But advocates for dentists, including the American Dental Association, have warned for years against allowing anyone except dentists to extract teeth and fill cavities. In Alaska, for example, a program to train ordinary citizens as “dental therapists” to reach the small villages scattered throughout the sparsely populated state was met with harsh criticism. The ADA even sued to block the program, saying therapists could end up doing harm to patients. The case was later dropped.

The new health law passed by Congress also includes a $60 million program to expand the services dental hygienists and aides can provide in rural areas, including pulling teeth and filling cavities. The program, however, has not yet been funded. The ADA isn’t complaining. “We didn’t want this concept to get a foot in the door,” an ADA spokesman told Kaiser Health News last month.