Key GOP chairmen from the Senate and House plan to unveil a blueprint Thursday for repealing the health law and replacing it with a proposal the lawmakers said would reduce health care costs, improve quality and expand coverage.

The measure retains many elements of a proposal Republican Sens. Orrin Hatch of Utah and Richard Burr of North Carolina released a year ago with former Sen. Tom Coburn of Oklahoma. That  did not get traction, but the senators are pushing it again, along with House Energy and Commerce Chairman Fred Upton of Michigan. 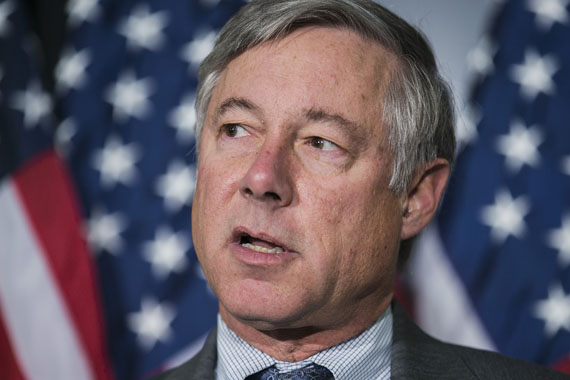 “Our plan allows patients to make health care decisions for themselves – without a maze of mandates, fines and taxes,” Hatch, who chairs the Finance panel, said in a press release. “This plan is achievable, and above all, fiscally sustainable.” Burr heads the Select Committee on Intelligence.

With the GOP controlling both houses of Congress this year, Republicans are continuing their fight against the health law. The House voted Tuesday to repeal it, although Republicans are not expected to garner enough votes to override the veto that President Barack Obama has promised if the bill passes Congress. At the same time, Republicans have stepped up their interest in possible alternatives to the health law. Upton is also part of a House working group that includes Ways and Means Chairman Paul Ryan of Wisconsin and Education and Workforce Chairman John Kline of Minnesota that party leaders have charged to develop an alternative to the health care law.

GOP aides said Wednesday that while there is additional urgency for Republicans to come up with an ACA alternative if the Supreme Court rules later this year to strike down subsidies in federally run health insurance exchanges, the Hatch-Burr-Upton plan could also be a starting point for discussions after Obama leaves office in 2017.

Aides said the next steps for the plan to be released Thursday  include outreach to Senate and House colleagues and to the nation’s governors.

Like last year’s document, the legislative framework would repeal the current law’s requirements on individuals and employers to purchase health care coverage and the option for states to expand Medicaid, the joint federal-state health program for low-income people. It would give states more control of Medicaid, provide tax credits to help people buy health insurance — but only to those who earn up to 300 percent of the poverty threshold, not the 400 percent now mandated — and scrap the law’s new taxes and fees. It would also eliminate the health insurance marketplaces set up under the federal health law and insurers would not be required to cover a specific set of benefits.

Insurers would still be prohibited from imposing lifetime limits on coverage. Plans would be required to offer dependent coverage up to age 26, although a state could opt out of enforcing that provision.

Insurers could charge an older person no more than five times what they charge a younger person — the health law allows insurers to charge older people up to three times more — but states could impose rating rules that were more or less restrictive.

Individuals who maintain continuous coverage for at least 18 months could not be charged more for a pre-existing medical condition, denied coverage or forced to pay a higher premium. The lawmakers envision a one-time open enrollment period in which people could buy coverage regardless of health status or pre-existing conditions, according to a summary of the measure.

As with last year’s proposal, the new framework would keep the health law’s Medicare provider payment cuts but not use the program as a “piggybank to pay for new programs,” a reference to Republican complaints about Medicare funding cuts in the health law, including payment reductions to the Medicare Advantage program, which are being used to pay for expanded coverage, among other things. Instead the money would be used for the Medicare program, aides said.

Aides said that differences from last year’s draft include changes in malpractice reforms, provisions allowing insurance to be sold across state lines and a cap on the tax exclusions for workers who get coverage through an employer-supplied plan at $12,000 for an individual plan and at $30,000 for family coverage. Any coverage over those thresholds would be taxed at the individual’s tax rate. The health law’s “Cadillac Tax”  assesses a 40 percent excise tax on plans costing more than $10,200 for an individual and $27,500 for a family.

The top Democrats on two Senate panels with jurisdiction over health care blasted the plan Thursday. “It’s little more than a lethargic rehash of last year’s unworkable ideas,” Sen. Ron Wyden, D-Ore., and ranking member of the Senate Finance panel, said in a statement. “It effectively raises taxes on the middle class, removes bedrock protections for consumers and chips away at key coverage benefits that Americans rely on.”

In the same statement, Sen. Patty Murray, a Washington Democrat who is ranking member of the Senate Health, Education, Labor and Pensions Committee, said the GOP framework would “put power back in the hands of insurance companies rather than patients, and undo the progress we’ve made toward a health care system that works better for families across the country.”

This article was updated to add the statements from Democratic senators.