Medicare beneficiaries may get speedier coverage for a newly approved screening test for colorectal cancer under a pilot project in which two federal agencies reviewed the product at the same time instead of one after the other. 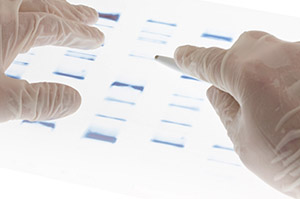 The Cologuard test, which detects the presence of DNA mutations that may be cancers in the stool, was approved by the Food and Drug Administration this week. The same day, the Centers for Medicare& Medicaid Services issued a proposal to cover the test once every three years in asymptomatic people over age 50 who are at average risk for the disease.

It’s the first time the agencies have undertaken a parallel review, and it could trim up to six months off the time it takes to offer Medicare coverage for a medical device, according to Nancy Stade, deputy director for policy at the FDA’s Center for Devices and Radiological Health in the FDA news release.

Although CMS has proposed covering the test, a final decision won’t be made until after a 30-day comment period.

Advocates say parallel review could be good for patients. “The American Cancer Society Cancer Action Network is in support of the parallel review process as it has the potential to accelerate access to evidence-based tests,” says Mona Shah, associate director of  federal affairs for the group. The organization, however, hasn’t taken a position on the new test yet.

If Medicare covers the test, private insurers will generally follow suit, say experts. The new test will reportedly cost between $500 and $600.

The U.S. Preventive Services Task Force, which under the health law determines which preventive treatments should be covered by private health plans without cost sharing, said in 2008 there was not enough evidence to recommend DNA screening for colorectal cancer at that time. Some advocates expect the task force to re-evaluate its recommendation in the near future.

In a clinical trial, Colorguard detected 92 percent of colorectal cancers and 42 percent of advanced adenomas, large polyps that are more likely than small polyps to lead to cancer. A traditional (fecal occult) stool test was less accurate, detecting 74 percent of cancers and 24 percent of advanced adenomas. A consumer using Cologuard would receive a kit from the manufacturer, collect a stool sample at home and mail it in the kit to the Cologuard maker. If a Cologuard test comes back positive, patients are advised get a diagnostic colonoscopy.

So why not just get a colonoscopy in the first place? Even though it’s a lot more expensive than a stool test, a screening colonoscopy it will generally by covered without cost sharing by Medicare and private insurers.

“A lot of [asymptomatic] people won’t get a colonoscopy, and this is an effective, less invasive screening method,” says Eric Hargis, CEO of the Colon Cancer Alliance. “We believe the best method is the one that gets used.”