Starting immediately, the federal government is making it harder for nursing homes to get top grades on a public report card, in part by increasing scrutiny of their use of anti-psychotic drugs and raising the bar on an array of quality measures. 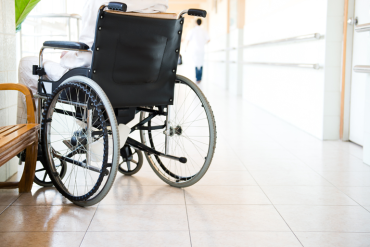 Those grades – in the form of one- to five-star ratings – are part of Nursing Home Compare, a government website to help consumers evaluate nursing homes. While the star ratings, which debuted in December 2008, are lauded as an important tool, critics say they rely too heavily on self-reported data and allow a majority of homes to score high ratings.

The system has come under recent criticism  with complaints that some highly rated nursing homes have numerous problems and face fines and other enforcement actions. On Thursday, the federal government said it would require nursing homes to do more to get higher quality scores.

Among the better-known measures that go into quality scores are the percentages of residents who develop bed sores or are injured in falls. The scores will now count the percentage of residents given anti-psychotic drugs, reflecting concern that too many are unnecessarily drugged to make them easier to manage. All of those measures will continue to be reported by the homes themselves, however.

The changes mean many homes could drop a star or more from their January levels, even though nothing may have changed, said officials from the Center for Medicare & Medicaid Services. They declined to say how many might see a ratings drop.

Consumer advocates welcomed the adjustments, but industry officials said the new rules may confuse patients and their families if scores change suddenly.

“If centers across the country start losing star ratings overnight, it sends a signal to families and residents that quality is on the decline, ” said Mark Parkinson, president and CEO of the American Health Care Association, the industry lobby.

But Brian Lee with Families for Better Care, a Florida-based advocacy group for nursing home residents and their families, said the shift was necessary.  More information is always better, he said.  He and other advocates had raised concerns that high rates were too easy to achieve.

Lee said about 55 percent of the nation’s nursing homes had overall scores of either four or five stars on Nursing  Home Compare in January. Drilling down, Lee said only about one-third of them got four or five stars on the website for inspections, which he calls the most objective measure because it is based on government, rather than self-reported data. “But when you look at the quality scores portion, 80 percent of homes are four- or five-star rated,” Lee said. “Something is not coming out in the wash.”

The new ratings will  be reflected on the website as of Feb. 20.  Nursing home administrators will be able to see their scores under the new system starting Friday.

The changes follow others announced in October that require additional verification of self-reported staffing levels and other efforts to confirm quality data submitted by the homes.