If a deal to reduce the deficit results in lower federal payments to states for Medicaid and the Children’s Health Insurance Program, then the National Governors Association will say no thanks. 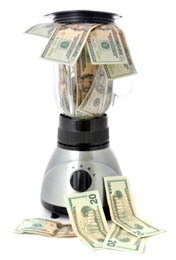 As part of the ongoing negotiations between the White House and Capitol Hill, one proposal would combine the federal government’s Medicaid and CHIP payments into a single blended rate for each state. A Center on Budget and Policy Priorities analysis says that change would mean less federal funding for already cash-strapped states, likely forcing state governments to reduce services and cut payments to health care providers.

“If the blended rate … is intended to do some good things for the states for us to administer at the ground level, we’d like to have that conversation,”  Gregoire, a Democrat, said. “If on the other hand it’s code for dramatic cuts, that’s a different subject. And, unfortunately, that’s what most of the governors believe that it is. … If blended rates is code for cutting benefits and cutting people, that is going to be a huge problem to the states, where we’re already struggling because of the recession with increased case loads.”

Department of Health and Human Services Secretary Kathleen Sebelius counters that “the blended rate in and of itself doesn’t necessarily lower contributions to states. It really depends on what the underlying premise is.”

“Is it easier for states to have one rate and know what their match is? Probably. Is that something that then is going to be accompanied with a decrease in funding? That’s the point at which I think a lot of states are nervous,” said Sebelius, herself a former governor. “It’s really what happens with the underlying assumptions of what the federal contribution is.”

A blended Medicaid-CHIP rate could also provide some administrative simplification to states, Sebelius noted. The CBPP analysis found that any administrative savings would be “slight.”