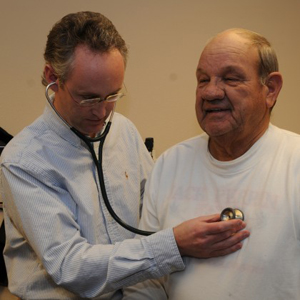 GRAND JUNCTION, Colo.  Just a year ago, as opposition to the proposed health overhaul flared at town hall meetings around the country, President Barack Obama made this western Colorado town of 53,000 people a crucial stop on his tour to revive the stalled initiative.

“How are you going to save money in the health care system?” Obama asked a crowd that had gathered to listen to him at a local high school gym. “You’re doing it here in Grand Junction.”

The city’s health care system is the envy of much of the nation: it provides quality care throughout the community at costs that are among the lowest in the country.

And when the national health overhaul eventually passed Congress earlier this year, it laid out a vision for the U.S. health care system that mirrored some of the key features that Grand Junction’s physicians and community leaders put into place here nearly four decades ago:

–Health care partnerships. Grand Junction’s doctors, hospital and the dominant insurer, Rocky Mountain Health Plan, work together on patient care, with many of the doctors on salary rather than being paid for each procedure they do. This approach is similar to nonprofit, consumer-oriented health cooperatives, called accountable care organizations (ACOs), that will be tested in Medicare pilot programs under the new health law. (See KHN primer on ACOs.)

— Primary care. The Grand Junction health system highlights disease prevention and management of chronic conditions to reduce expensive hospital visits, an emphasis that is also a key component of the new health law. That philosophy here plays out from birth to death. All women are guaranteed free prenatal care, regardless of their insurance status, and patients facing death are encouraged to seek care at the new Hospice and Palliative Care Center of Western Colorado, which is supported by grants, state money, private donations and an annual fundraiser.

— Treatment protocols. The local physicians and health plan have agreed to guidelines in terms of treating common problems, such as diabetes and lower back pain, based on best practices. In addition, Rocky Mountain opens its books to doctors, showing them what practices were efficient, what promoted the best care and what simply drained money from the system. Doctors can see how difficult it is to balance a budget when they order unnecessary treatments, such as extended hospital stays.

–Medical homes. Nearly all patients here have a personal doctor who oversees primary care. Such “medical homes” are also being advocated in the health overhaul.

A Town Ahead Of Its Time

Grand Junction’s journey to low health costs started in the early 1970s when Congress was deep into another health care debate, then on a bill that would become the Health Maintenance Organization Act of 1973.

Physicians formed a nonprofit health maintenance organization that is now Rocky Mountain Health Plans. After establishing the HMO, the doctors turned it over to a community board to be a nonprofit venture. 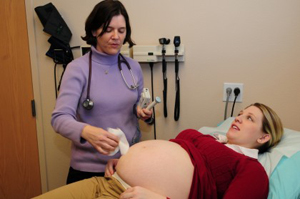 It now serves about 40 percent of the local population and has contracts with nearly every doctor in town, giving it tremendous clout in setting treatment standards, keeping costs down and reducing unnecessary care.

“We found that if you are using best practices for some of your patients, you do the same thing for all of them,” said Robert Shenkel, a family practitioner here, explaining that innovations from Rocky Mountain extend to other patients too.

The doctors also formed an independent physicians association to work with Rocky Mountain. Doctors agreed to set aside about 20 percent of their compensation. In return, Rocky Mountain provides a funding mechanism that allows for doctors’ reimbursements for Medicare or Medicaid patients to be the same as what they receive for private patients, so it is not difficult for people on those government plans to find a doctor.

In addition, because Rocky Mountain is a nonprofit, at the end of the year, money remaining from the funds set aside is allocated back to the doctors, a system that supporters say rewards doctors for efficient care.

The end-of-year bonus payments can represent as much as 20 percent of the physicians’ total annual income. A primary care physician in rural Colorado on average earns about $150,000 a year. The bonus pushes the average Mesa County doctors’ annual compensation above the average for most of Colorado  except the Denver metro area. “It doesn’t result in that much more money, but it’s surprising that that small of an incentive focuses your attention,” said Dr. David West, a member of the IPA. “It’s sort of the spirit of things that really works.”

Local employers have also embraced the Rocky Mountain plan because of the lower costs and since the plan contracts with nearly all the doctors in town, workers find it easy to choose the doctor they want.

The health system has produced impressive results: Grand Junction has the lowest per capita Medicare costs in the country, according to the Dartmouth Atlas on Health Care, and the city ranks in the upper 25 percent of Medicare’s index on quality of care. Primary care doctors comprise about 42 percent of the physicians in town, 10 points higher than the national average, according to family physician Michael Pramenko. Patients here spend one-third as many days in the hospital as the national average. And any of the city’s uninsured residents can see a doctor for as little as $7 at a local clinic subsidized by the hospital.

Despite those successes, Cindy Sovine, a political consultant for the Colorado State Association of Health Underwriters, said Grand Junction’s system might not work out everywhere. Using this model is “more complicated in larger metro areas like Denver, where there is an oversaturation of hospitals. They have three Level-One emergency rooms in the metro area-that’s more than is necessary for the entire state.”

But Len Nichols, director of the Center for Health Policy Research and Ethics at George Mason University, calls Grand Junction “a great example for the nation. They have an impressive combination of commitment to the community, plus incentives” to boost quality and keep costs down.

The willingness of doctors and the local hospital, St. Mary’s, to an alternative system has been critical here.

St. Mary’s, of course, faced severe consequences from the doctors’ efforts to keep care to a minimum. But although it lost 8,000 in-patient days over the past five years, it recouped the costs by lowering the amount of uncompensated care it gave when it helped set up the non-emergency clinic for uninsured patients.

Hospital officials have been supportive of the efforts doctors have taken on costs. The treatment protocols and monthly physicians peer reviews “have led to better efficiency and better quality and certainly have kept prices down,” said Bob Ladenburger, the chief executive of St. Mary’s Hospital. 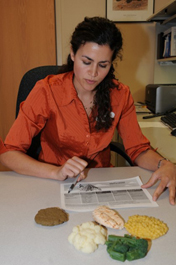 The peer reviews of doctors’ practices do not evaluate individual cases but instead look for physicians who heavily use expensive or unproven tests and treatments. What emerged were protocols such as fewer MRIs and other expensive tests than in other similar-sized counties; far more use of generic drugs; more reliance on low-tech procedures such as ice bags for bad backs, rather than CT scans and surgeries, doctors and plan officials said.

“At the end of the day, they can see that they may be giving 10 times as many MRIs as their peers,” said Steve ErkenBrack, chief executive of Rocky Mountain. “Decisions should be made by the doctor and patient, period. But those decisions ought to be reviewed. Not in terms of Patient X  because there may be a good reason that any particular patients needs some treatment out of the norm  but in terms of practice patterns.”

The reviews, however, have raised the ire of at least some physicians. In letters last summer to the Grand Junction Free Press, Dr. James Schroeder, a pediatric cardiologist here, called the approach rationing.

“Is your doctor advocating for you, or for the insurance company? Are you being steered away from costlier options solely due to cost? … The (barely) unspoken message is that you have a duty to die cheaply in order to save money for everybody else,” he wrote.

So is Grand Junction’s success a sign of how the national overhaul can work or is it an example of the need for local communities to make decisions on the ground instead? People here say they can’t tell. Although Pramenko, who is also the incoming president of the Colorado Medical Society, is not a critic of the federal law, he acknowledges the advantage when a community makes its own rules.

“If government makes the law that says doctors have to do this, they will get resistant,” he said. “But if it’s home-grown, there’s much more buy-in by the local physicians.”

This article comes from a project on Grand Junction produced by

Colorado Public News
.  Bill Scanlon’s reporting on these stories was supported by the