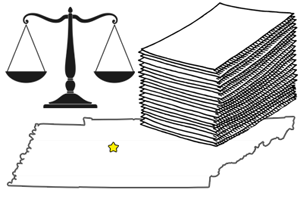 The suit was filed several weeks after the Obama administration ordered Tennessee and several other states to resolve problems that have led to a backlog nationwide of more than 1 million applications for Medicaid, the state-federal health insurance program for the poor.

Tennessee officials responded to the administration, blaming many of the state’s problems on the federal website, healthcare.gov. State officials did not immediately comment on the lawsuit.

Tennessee is the first state to be sued over Medicaid enrollment problems since passage of the federal health law, said Jane Perkins, legal director of the Washington, D.C.-based National Health Law Program, one of the groups that filed the suit in U.S. District Court in Nashville. The other plaintiffs are the Southern Poverty Law Center in Montgomery, Ala., and the Tennessee Justice Center, based in Nashville.

The lawsuit alleges that Tennessee makes it harder than any other state to enroll in its Medicaid program, called TennCare. The state has discontinued accepting applications in person at county offices and instead requires use of computer kiosks that connect people to healthcare.gov, making harder to enroll, according to the suit. The plaintiffs said that “thousands” of residents are applying every month and many are facing delays.

Under federal law, an application for Medicaid benefits must be processed within 45 days. But people in Tennessee are waiting as long as six months, the suit said.

“Tennessee officials are sacrificing the health of the state’s most vulnerable citizens just to score political points,” said Sam Brooke, an attorney for the Southern Poverty Law Center.

Tennessee is one of 24 states that did not expand its Medicaid program under the Affordable Care Act, turning down full federal funding that lasts through 2016 when states have to begin paying for up to 10 percent of costs.  The health law also required all states to streamline their Medicaid application process and gave states money to do that.

Tennessee Medicaid officials have downplayed the problem, saying that only a “small number” of people have had difficulty enrolling and blaming those problems on the federal online marketplace.

The federal marketplace was initially supposed to be a one-stop shopping place to apply for either Medicaid or subsidized individual health insurance, but there have been technical issues connecting applicants to that site with some state Medicaid programs.

The lawsuit wants the court to order Tennessee to give people decisions on their applications within 45 days, or grant them a hearing with state officials if that does not occur.

The plaintiffs in the case include April Reynolds, a mother of three, who applied for coverage in February but still has not been enrolled. In March, she had to be hospitalized with a blood pressure problem and now owes more than $20,000 for her care and was told by doctors that she needs to receive monthly checkups.

Reynolds has seen a doctor only once since March because she’s afraid to go into even deeper debt.

“It is time for the state to take responsibility,” her husband, Ricky, said in a conference call with reporters. “We can’t afford to pay for the doctor.”

The lawsuit also describes how the family of a baby identified only as “S.P.” incurred more than $17,000 in medical bills after the child was diagnosed with a severe bacterial infection. Despite applying for Medicaid shortly after the baby’s birth in February, the family has struggled to get information about the status of their application. They have yet to receive coverage.

Plaintiff Melissa Wilson, a caretaker of three young grandchildren, has been stuck without care since February. Williams has kidney failure and is supposed to take 17 medications daily but can afford only three of them.

Wilson has called TennCare every two weeks since February, only to be told the status of her application is not known. Without coverage she can’t afford even to see her primary care doctor or take the drugs she needs, let alone see specialists. “What they are doing to me is wrong,” she said of the state.