Usually Americans hear that phrase only in the most sarcastic contexts. Opponents of the health reform law have hung the “Obamacare” moniker on it to belittle the measure as nothing more than an attempt to fix America’s health care problems – varied as they are – with a one-size-fits-all approach they say expands the reach of government to never-before-seen levels. 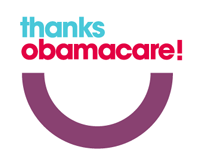 We hear it used almost daily by Republican candidates for president, who have picked up the theme and taken it one step farther — to “Romneycare,” which has become a the negative label for GOP presidential hopeful Mitt Romney’s health reform in Massachusetts. Former GOP presidential candidate Tim Pawlenty even coined the phrase “Obamneycare” to link the state law Romney signed while governor to the federal law advanced by President Barak Obama.

This is not the first time “-care” has been used to describe a health reform effort. Back in the 1990s, “Hillarycare,” named for the former first lady and now secretary of state, was used to describe the Clinton administration’s attempt at overhauling the health care system. In the 2008 presidential primary elections, the GOP candidates in turn linked “Hillarycare” to Romney to try to unseat him as the odds-on favorite candidate.

But now, two nonprofit advocacy groups, ProgressNow Colorado Education and the Colorado Consumer Health Initiative, are trying to take back “Obamacare,” painting it as a positive brand in a new campaign (complete with its own Twitter feed and hash tag, #thanksobamacare) launched Monday. The campaign highlights 10 reasons people should  be thankful for the health law. Among them: allowing people younger than 26 to stay on their parents’ health insurance plans and stopping insurers from denying coverage to children with pre-existing conditions (the law does the same for adults beginning in 2014).

The effort also comes with a video, below, which places a special emphasis on the “-care” part of “Obamacare.”

Groups Thank ‘Obamacare,’ And Not Sarcastically