Long before the sweeping health law was even a notion on Capitol Hill, HMOs were a force in American medicine. The business model of patients having a primary care doctor, who coordinated care with specialists and hospitals in an established network, was designed to apply best and most effective practices in medicine while controlling spending. 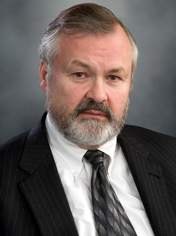 Then, when the law was written, a key provision called for insurers, hospitals, doctors’ groups and other providers to form accountable care organizations. The goal:  to offer patients unified care systems with electronic health records, quality measurements and best-practices medicine.

George Halvorson knows a lot about how to do that. As the chairman and CEO of Kaiser Permanente’s hospitals and health plans (which is not affiliated with KHN), he says, “With more than $40 billion a year in revenue, we’re bigger than 42 states and 135 countries relative to our care delivery system and the population we care for.” And he’s also proud of the awards it has won for delivering high-quality care.

In a recent conversation with Joanne Silberner, Halvorson took a look at the future of health care under the 2010 Affordable Care Act, including the role ACOs are likely to play. An edited excerpt follows.

Q. From what you’re seeing in your visits to Washington, what’s the future of the health law?

A. All the things related to care — coordinated care, care safety — are pretty much going to survive because  people really want hospitals to report their infection rates, people want databases about cancer care. The only part of the bill I think is in jeopardy legally at the Supreme Court level is the consumer mandate; the betting is 50/50 either way. If it doesn’t survive, we’re going to have to figure out another mechanism for making sure the risk pool isn’t just comprised of people who are the equivalent of buying your car insurance after your car has crashed. On the insurance side, there are going to be some questions on how well the exchanges work.

Q. You run what is essentially an accountable care organization. From your viewpoint, can an ACO not only give integrated care but also save money?

A. I think that the very best way to save money in health care is to make care more accountable and effective and to focus on the right level of care. We at KP have cut the number of broken bones in our seniors by about 40 percent by delivering team care to them, and identifying all the seniors at high risk and making sure they get the right prescriptions, the right follow-up and the right coaching. And we save hundreds of millions of dollars a year by not having those bones break.

A: Private care delivery can do this. The problem is they’re not paid for it. At KP we do six things for seniors that help keep bones from breaking, and three of the six do not appear on a Blue Cross or Medicare or Medicaid fee schedule. For example, we have the nurse and the pharmacist sit down together to figure out the right prescriptions and do follow-up care to make sure the patients are filling their prescriptions. A pharmacist and nurse in any other setting who did that work would have to do it for free.

Q: What do you see happening with ACOs as envisioned by the Affordable Care Act?

A: For Medicare, it means that even though (the program isn’t) going to pay for what the pharmacist and nurse do, if as a result of this you save money on broken bones providers  get half the savings. Right now the caregivers who do that work get absolutely no reward and actually lose revenue.

But the version of ACOs that was written into the law for Medicare is complex and the law wasn’t as well drafted as it could have been.  (The main ACO program) is probably going to have very few people signing up and is going to be almost a non-starter.  But Medicare is creating  some pilot programs with ACOs, and I think there are going to be a few dozen of these that are going to figure out ways of dealing with the patient population more directly.

There’s a third version of ACOs for the commercial health care insurance market; it’s to help them work with sets of caregivers to figure out how to create team care.  I think there’s going to be a lot of energy in that area. The care systems are much more interested in doing that work than they were before, inspired in part by the act.

Q.  ACOs depend on electronic health records. It took some work to get your electronic record system up and going. What kind of lessons have you learned that others might benefit from?

A. One of the lessons that we learned is that if you think of it as an end in itself, that’s a mistake. But if you say once the information is on a computer and it’s accessible and available, you can use it to make care better if you do particular things, then it’s very workable. We know which of our patients have asthma, which allows us to check to see which of them are getting the right asthma drugs and following the right asthma protocols. If you don’t do step 2, just putting that information in the computer doesn’t do any good.

Our overall medical cost trend since the medical record system has been installed has been about 20 to 30 percent lower than the cost trend of anybody else in health care, and we have 23 categories where we’re the number one scorer in the country on quality scores.

Q. What about the R word  rationing? Will ACOs lead to rationing?

A. When doctors join an ACO, if they do the ACO right, they will figure out what’s the very best care for patients, what are the tests, what are the follow-ups, what are the treatments. If they function well as an ACO team, they’ll have that information available and the patients will get the right care. If you do it right, there’s no need for a “no” anywhere in the process.

Dr. Halvorson’s title has been corrected in this article.