The rich variety of health issues at stake in Tuesday’s elections included the federal health law, abortion, medical marijuana and more.  Here’s a round-up of state health initiatives and the results: 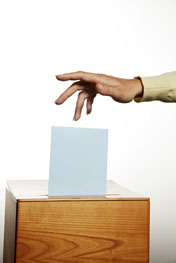 Implementation of the 2010 federal health law

Four states—Alabama, Florida, Montana and Wyoming—had provisions to block the federal health law’s requirement that almost all Americans have insurance or pay a penalty.  All four provisions were put on the ballot before the Supreme Court ruling in June that the “individual mandate” was permitted under Congress’ taxing authority. While three of these provisions passed (in Alabama, Wyoming and Montana) states can’t override federal law: citizens of those states will still be subject to the mandate.

Meanwhile, Missouri voters approved Proposition E, which prohibits state officials from creating a health insurance exchange. Missouri joins eight other states that have already decided not to create a state exchange, according to the Kaiser Family Foundation. (KHN is an editorially-independent program of the foundation.)

Florida’s Amendment 6, which failed to get the 60 percent approval needed to pass, would have prohibited public funding for insurance policies that cover abortion, except in cases of rape, incest and the life of the mother. This would have made it more difficult for government workers to have abortions paid for by their insurers.   Amendment 6 would also have cleared the way for future legislation to require parental consent for a minor to obtain an abortion.

Montana’s LR-120, which did pass, requires physicians to notify parents before performing an abortion for a girl under age 16. The law also specifies that “a parent, a guardian, or any other person may not coerce a minor to have an abortion.” Montana is the 38th state to pass a parental consent or notification law, according to KFF.

By a narrow margin, Massachusetts voters rejected Question 2, which would have allowed doctors to prescribe life-ending drugs to terminally ill patients with less than six months to live. Voters in Oregon and Washington state already have approved so-called physician-assisted suicide. The measure was opposed by some religious leaders, as well as advocates for the disabled, who said patients could too easily by swayed by physicians or family members. Supporters argued that the law provided enough safeguards to prevent abuse.

Voters in the state did, however, approve Question 3, which legalizes marijuana for medical use. Massachusetts joins 17 other states and the District of Columbia, which have passed similar measures.  A medical marijuana initiative failed in Arkansas, but passed in Montana, which voted to restrict usage.

Colorado and Washington last night became the first states to legalize marijuana for recreational use.

Missouri voted against raising the state tobacco tax to fund tobacco control programs and public education.  This was the third attempt in 11 years to raise taxes on tobacco, according to the St. Louis Post-Dispatch, which notes that Missouri’s cigarette tax remains the lowest in the nation.

Likewise, South Dakota also voted against a tax-raising measure. Measure 15 would have increased state general sales and use taxes to fund Medicaid and public education.

Meanwhile, Michigan voted against creating the Michigan Home Health Care Council in the executive branch, which would have affected about 42,000 home health workers. The initiative would have allowed the workers to unionize, give them limited collective bargaining rights and list them in a statewide registry.

And Louisiana voted to approve Amendment 1, which protects the Medicaid Trust Fund for the Elderly from “being used or appropriated for other purposes when adjustments are made to eliminate a state deficit.”

Health Care Issues On The Ballot: The Final Tally