BOSTON – For years, Massachusetts has been out in front of other states, trying ideas to change the health system. It passed a state law extending health insurance coverage to almost all citizens four years ahead of the federal health law, and then the commonwealth tried to tackle rising health costs.

But the latest numbers are disappointing: Massachusetts spent $632 million more on health care last year than it aimed to, according to a report from the state’s Center for Health Information and Analysis. 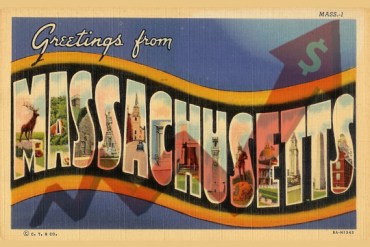 The goal, established by a 2012 law, is to keep health care spending in line with the rising costs of other goods and services. Every year the state sets a benchmark. In 2013 — the first year of accountability under the law — Massachusetts stayed well under the cap on health care cost growth. But last year, spending shot right past the 3.6 percent target and hit $54 billion, a 4.8 percent increase over the previous year.

So what happened? The big jump was at MassHealth, the government insurance plan for low- and moderate-income residents. MassHealth added 379,000 members and saw spending rise $2.4 billion, or 19 percent. Some members became newly eligible through the Affordable Care Act, but most, about 325,000, were automatically enrolled in the months after the Health Connector website crashed.

“Obviously the 19 percent growth in MassHealth is distressing to all of us,” said Marylou Sudders, the state secretary for health and human services. “And this administration is taking steps to redesign and restructure a MassHealth program that is sustainable for the long haul.”

Sudders aims for a 6 percent budget increase this year.

There are signs that the influx of MassHealth members may be temporary. Through an eligibility review, MassHealth has reduced enrollment so far this year by 205,000 members.

But where did all of those new MassHealth enrollees come from and where will they get insurance now that they’ve left? No one seems to know. Private insurance plan membership did not drop significantly last year and the state claimed to have few residents without health insurance.

“There’s much more going on here that we don’t understand,” said Stuart Altman, who chairs the board of the state’s Health Policy Commission. “We need to dig deeper and find out.”

Altman said the commission will also look at a 13 percent rise in drug costs highlighted in the CHIA report. But there’s not much one state can do to curb drug prices, Altman acknowledged.

“You can make sure that only those people that really need the drug get it, but of course that can be quite controversial,” Altman said. “And one needs to look at whether there are tradeoffs between more drugs and less services.”

In the private insurance market, premiums rose more than the year before, but the increase remained modest, at 2.6 percent. The CHIA report says employers and insurers kept premiums low by switching to plans with higher deductibles or by changing co-payments.

“The purpose of insurance is to protect people from out-of-pocket expenditures and so that’s a trend that is worth watching,” CHIA Director Á ron Boros said. “Massachusetts tends to have less use of these products than any other state, but it’s growing faster than any other segment of the market.”

This report, with some troubling signs for health care spending, comes a week after small businesses learned that the base rate increase for premiums will rise more than 6 percent at the beginning of next year.

“We are seeing an acceleration of health care spending,” said Rick Lord, president and CEO of Associated Industries of Massachusetts, a membership organization for businesses. “It’s too early to predict whether this trend will continue, but it does look like next year premiums for small employers will be more than double what they were in 2014.”

So is the state’s health care cost law working? Does setting a yearly spending goal help?

“This is just a never-ending battle,” said Hurst, of the retailers group.. “We cannot continue to drain money from our consumers, employers and taxpayers and shift it over to the health care industry.”

But, health secretary Sudders said, “We’re not going to always hit the benchmark, but what this [law] does is it continues to put a very public spotlight on our need to control costs.”

“Whether or not it’s working to dramatically change behavior is much harder to tell,” added Boros. “We do have some indications that commercial health care spending is rising faster and faster, especially with the introduction of new technology and, in particular, prescription drugs.”

“My sense is that the people who provide care have been very conscientious about trying to lower spending,” said Altman, who has been studying health care costs since the late 1960s. “The law is having an effect.”

One last figure of note from the report: $8,010 is the average amount of health care spending for each resident of Massachusetts last year. The report’s authors say few, if any, states spend more.