Labor unions, under pressure by states and employers to shoulder more of their health care costs, have fared relatively well at protecting workers’ health benefits during the recession, according to a study released today. 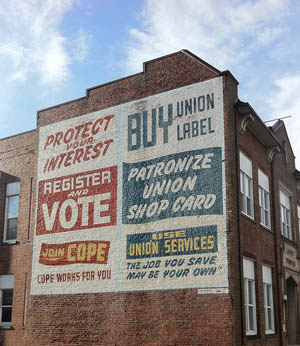 The study by the nonpartisan Employee Benefit Research Institute in Washington found that from 2007 to 2009 union workers were less likely to lose employer-based health coverage than nonunion workers.

“The analysis shows that unionization is a key to many workers having health benefits, and that during tough economic times, union worker health benefits suffer less,” said Paul Fronstin, director of EBRI’s Health Research and Education Program and author of the study.

But Fronstin warned that as unionization in the private sector continues to decline, so will the overall percentage of workers with employer-based coverage.

Last September, the Census Bureau released a study that showed that the bad economy caused a sharp increase in the number of the uninsured in 2009, to 50.7 million people.