Skip to content
This story is part of a partnership that includes Minnesota Public Radio,

If you have health insurance through your employer, imagine what it would be like to choose a health plan without a human resources staffer to explain the choices. Would you know how to evaluate an array of different premiums, co-pays and deductibles? 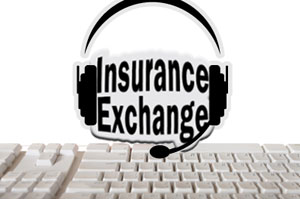 Health insurance exchanges, called for in the federal health law, are supposed to make it easy to compare health plans side-by-side, much like Expedia or Orbitz gives a list of flights by price and departure time.

But choosing a health plan is far more complicated than arranging a flight to Des Moines.

The exchange will be the primary entry point to find insurance for people who are uninsured or have an individual or small group policy. Congress envisioned exchanges as one-stop shopping for people who need coverage either from a government program like Medicaid or from a commercial health plan.

But there’s a general concern that for a lot of people, the new marketplaces will be daunting no matter how well the exchange software is designed.

“Not everybody is going to be able to independently hop on an online program,” said Joan Cleary, who heads the Minnesota Community Health Worker Alliance. “Some people are going to need these warm connections.”

Warm connections — that’s one of the buzzwords to describe human helpers. The official term in the health law is “navigators,” but exactly what they’ll do is still unclear. Will they help people with government health programs, commercial plans or both? Exchange planners in Minnesota are weighing that question now.

One problem is that both government and commercial plans tend to be extremely complex. And in the health care industry, people tend to specialize in one or the other but not both.

Debra Holmgren, a member of a state task force trying to determine what roles Minnesota navigators should play, is an expert at helping individuals with Medicaid and Medicare, but doesn’t feel qualified to help a small business find a commercial plan.

“I don’t feel like we, working with government plans, would be able to work with small businesses unless we became licensed brokers,” said Holmgren, who is the president of Portico Healthnet, a nonprofit that helps uninsured Minnesotans access health care. “And is there a reason to do that when we already have licensed brokers?”

Hanlon says brokers may not know much about Medicare and Medicaid, but they are experts at guiding people through the complexities of commercial health plans.

“Benefits, and deductibles and out-of-pockets, and co-pays and all this kind of stuff,” Hanlon said, “now you need a person schooled that way, which is what the broker does.”

The federal health care law requires states to have community-based organizations in the navigator program, but states have the option of including insurance agents and brokers.

In Minnesota one of the big questions is: If agents and brokers are included in the state’s exchange, how would they be compensated?

Agents and brokers traditionally are paid on commission by health plans, and they do not want that to change. But opponents say that would give brokers and agents an incentive to steer people into more expensive plans that pay a bigger commission.

Agents and brokers dispute that idea.

But some states are figuring out ways to finesse the commission problem because they want the brokers and agents’ expertise. Oregon is considering creating a network of agents who earn a special certification allowing them to sell plans on the exchange.

The exchange itself would collect commission payments from insurance companies and pass those commissions on to the agents who earned them. Oregon Insurance Exchange Deputy Director Amy Fauver says agents would not be called navigators but would be critical to the success of their exchange.

“Agents have existing relationships with individuals and small businesses all around the state,” Fauver said. “And we need their help to spread the word to get as many Oregonians enrolled in plans through the exchange as possible.”

States are running out of time to solve the navigator problem. The exchanges have to be ready to enroll people in one year.

In New Health Exchange, Human Element Of Customer Service Is Up For Debate