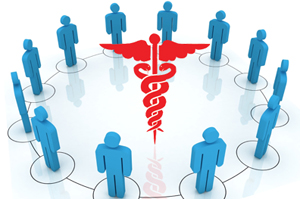 Lobbyists for doctors, hospitals and drug companies are urging lawmakers to derail a planned government panel that health industry officials fear will sharply curb Medicare spending — a critical revenue source for them.

The American Medical Association, American Hospital Association and Pharmaceutical Research and Manufacturers of America are among many groups that want to weaken or kill the Independent Payment Advisory Board, which was created by the health law to cap the growth of Medicare spending beginning in 2015.

A House GOP leadership aide said the board is among several provisions the House will be aiming to repeal this year. Some Democrats will help, seeing the board as an encroachment on Congress’ authority. It’s “dangerous,” Rep. Pete Stark, D-Calif., declared last year.

Doctor groups have been the most vocal critics on Capitol Hill, but the board also worries consumer organizations such as the seniors lobby AARP, which fears that Medicare savings targets could have an “unintended impact on beneficiaries’ access to or quality of care,” according to spokesman David Allen. Dozens of organizations representing interests as varied as Medicare beneficiaries, social workers and hospices signed a letter last January to Senate Majority Leader Harry Reid, D-Nev., expressing “strong opposition” to the board.

Rep. Phil Roe, R-Tenn., plans to introduce legislation Wednesday to eliminate the board; Sen. John Cornyn, R-Texas, is expected to follow. If legislation fails, opponents have another strategy: blocking Senate confirmation of presidential appointees to the board.

Supporters of the board — led by President Barack Obama — aren’t ready to give ground. They say it’s one of the few cost-containment measures in the law and are counting on savings generated by the board to help finance the law’s expansion of insurance coverage. Health and Human Services spokeswoman Jessica Santillo said the board “is one of the key parts of health reform that will set our system on a path to sustainability in the long run.”

But some of the administration officials who made this argument so forcefully when Congress was debating the health bill are now gone: White House budget director Peter Orszag, National Economic Council director Larry Summers, Office of Management and Budget health adviser Ezekiel Emanuel and Robert Kocher, special assistant to the president on health care.

The broad, powerful opposition to the board underscores the difficulty of trying to rein in Medicare spending even as federal deficits soar. Supporters say the board will make the tough decisions Congress has ducked, but lawmakers and interest groups are loath to see their influence diluted by handing authority to an independent group.

The board is to be run by 15 health care experts named by the president and confirmed by the Senate; they will be paid $165,300 a year and serve six-year terms. The panel will make recommendations for slowing Medicare spending, such as changes to payment systems, with spending targets pegged to the economy’s growth rate. Congress must adopt the recommendations or substitute its own  so long as it meets the targets.

The law states the board may not “include any recommendation to ration health care, raise revenues or Medicare beneficiary premiums, increase Medicare beneficiary cost sharing or otherwise restrict benefits or modify eligibility criteria.”  The Congressional Budget Office says the board may save up to $15.5 billion by 2019 with much more savings expected later because Medicare payments to hospitals will be exempted until fiscal 2020. Medicare spending was projected to total $509 billion in 2010.

The five-year exemption negotiated by hospitals means doctors and drug makers will bear the brunt of Medicare reductions during that period, say officials of those groups. Doctors could take “a big hit,” said Dr. Mark Warner, president of the American Society of Anesthesiologists. “And we are already under-reimbursed.”

Drug companies fear the board may consider reducing subsidies to Medicare prescription drug plans. They also want stronger congressional oversight of the board. The CEO of drug maker Sanofi-aventis, Chris Viehbacher, told Kaiser Health News he wants the provision repealed or amended. “There needs to be transparency and oversight. (The board) has to be accountable. I think their evaluation is going to be flawed because a major chunk of costs aren’t included, like the hospitals, and there needs to be a process of oversight,” said Viehbacher, who is chairman of PhRMA.

Katie Orrico, director of the Washington office of the American Association of Neurological Surgeons, decried the board as “a group of 15 unelected, unaccountable individuals who will be making significant changes to Medicare.” The AMA’s president, Cecil Wilson, complained the board “would put in place another arbitrary system, in the mold of the Medicare physician payment formula, and could leave physicians subject to two sets of cuts.”  The formula imposes doctor pay cuts to help control spending, but Congress usually rescinds them.

The American Hospital Association said on its website that the board “threatens the long-time, open and important dialogue between hospitals and their elected officials.” AHA officials declined to elaborate.

The providers’ message resonates with many congressional Republicans who have attacked the board for its expansion of government power over the health care system. “While the GOP is absolutely concerned about the insolvency of current entitlement problems, it’s the structure of the IPAB that is very problematic,” said a House GOP leadership aide. “Republicans support competitive models to lower cost– programs that are designed to empower people and put them in control of decisions, not a board of bureaucrats.””

Rep. Phil Gingrey, R-Ga., a physician and co-chairman of the 18-member House Republican Doctors Caucus said in searching for cuts the board will have no choice but to target “payments to providers. We just absolutely must repeal that provision.”

Many House Democrats share their view. Last January, 72 joined Republican colleagues in sending a letter to then-House Speaker Nancy Pelosi, D-Calif., opposing inclusion of the board in the law. In September, 14 Democrats, three of whom were re-elected, voted to repeal the board.

Those who want to kill or weaken the board face significant hurdles. Several key Senate Democrats, including Kent Conrad of North Dakota, Mark Warner of Virginia and John “Jay” Rockefeller of West Virginia, will fight any attempt to remove the board. “With IPAB, we finally have a way to take special interests out of the process and create an independent entity with the sole mission of protecting Medicare’s long-term quality and solvency,” said Rockefeller, who is planning to introduce a bill eliminating the hospitals’ exemption.

Given those obstacles, lobbyists are still considering their strategy on repealing the provision. Orrico said her group, which is a member of two coalitions fighting the provision, the Alliance of Specialty Medicine and the Surgical Coalition, is working hard to find Democrats to join Roe and Cornyn and is “cautiously optimistic” they will succeed.

There are other options. Rep. Tom Price, R-Ga., said he will look for ways to eliminate funding needed to launch the board, but faces formidable technical and political obstacles. Another option, said a Democratic aide, is to try to amend the law so the board could recommend revenue increases rather than cuts to meet spending targets.

If all else fails, opponents may have success blocking Senate confirmation of board members Obama is expected to nominate by October. Lobbyists said they plan to trumpet opposition research on every nominee. “Anyone who is a real expert in the health business has stuff that is going to be dredged up and wouldn’t make it through the confirmation process,” said Joe Antos, a scholar at the American Enterprise Institute.

Health Industry And Lawmakers Move Against Medicare Spending Board