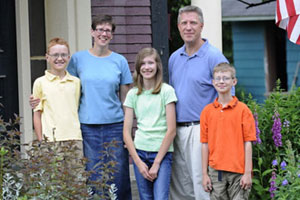 Liz Stevens of Waterbury, Vermont, struggles to pay 12 percent of the family’s income for health insurance. She is unlikely to find relief in any health reform plans, especially as lawmakers trim the price tag on the bills.

Patrick Gilbert, an uninsured lumber company worker in upstate New York, is in a predicament that President Barack Obama and congressional Democrats believe they can solve. Gilbert and his wife have two children, but he says that on his family’s $50,000 annual income, he can’t afford the $600 monthly premiums for his employer’s coverage.

“If I could find some reasonable insurance for about $100 a month, then I would do that,” says Gilbert, 38, a lymphoma survivor who lives near Lake Placid. “Something reasonable, not with high deductibles. Something fair.”

The House’s health overhaul proposal would allow Gilbert to obtain family coverage for $250 a month, with the government picking up the rest of the premium costs. While that subsidy would make insurance more affordable for Gilbert, he could still be stuck with huge medical bills if he or his family members got seriously ill. In the worst case scenario, Gilbert could end up paying $4,400 in co-insurance and deductibles on top of $3,000 in annual premiums – adding up to 15 percent of his family’s income.

Concern about the legislation’s cost has overshadowed a major worry among some policy experts: Whether the Democrats’ plans would protect low- and moderate-income earners from excess financial burdens, as backers have promised.

Under the House proposal, people receiving government subsidies could still end up spending 20 percent or more of their annual incomes on premiums, deductibles and co-insurance, according to estimates prepared by the House Committee on Ways and Means and obtained by Kaiser Health News. That financial load could grow substantially if the proposal’s financing – $1 trillion over a decade – is pared back as congressional leaders come under pressure to reduce the legislation’s costs.

“What we see every day is that families and individuals who have high co-payments or high out-of-pocket expenses that they have to satisfy are virtually in the same situation as people who don’t have insurance. They delay or don’t seek care,” says Elisabeth Arenales, director of the health care program at the Colorado Center on Law & Policy, a nonprofit favoring expanded health care coverage that has studied low earners’ health cost burdens. “Most of the conversation” in Washington “is focusing on premium costs and not out of pocket expenses.”

Government premium subsidies and limits on patient cost-sharing are critical components in the Democratic approach to help more people afford private insurance. The financial support from the House bill would offset costs for as many as 27 million low- and moderate-income Americans, both those lacking coverage and those struggling to afford their existing policies, according to the Congressional Budget Office.

In July, the House Energy and Commerce Committee reduced the portion of premiums the government would subsidize. This month, under pressure from Republicans and conservative Democrats to draft an even less expensive bill, the Senate Finance Committee may also lower the maximum annual income a family could earn to qualify for subsidies, from four times the federal poverty level (about $88,000 for a family of four) to three times of poverty ($66,000 for that family). That would mean millions of Americans would have no possibility of being eligible for subsidies.

“For those who thought there was going to be broad coverage, I just don’t see that as in the cards,” says Joseph Antos, a health care economist at the American Enterprise Institute, a market-oriented think tank. “It’s too expensive and there’s going to have to be some paring back of that expectation.”

But reducing subsidies too much could threaten the entire architecture of the Democratic health care overhaul strategy. The major bills pending in both the House and Senate require everyone to obtain health insurance. Without adequate financial support to buy insurance, millions of people would have to be exempted from the mandate and left out of the pool for insurers to spread their risk between healthy and unhealthy enrollees. A diminished pool would make it hard to lower premiums for everyone, and for Congress to require insurers to sell policies to everyone regardless of their condition. It might also jeopardize the measure’s political viability.

“Affordability, in our judgment, is going to be the number one basis on which people decide whether health care reform is helpful to them,” says Ron Pollack, director of Families USA, a liberal advocacy organization pushing for comprehensive health care legislation.

The House Democratic plan, entitled America’s Affordable Health Choices Act, would increase coverage in three ways. Medicaid, the state-federal program for the poor and disabled, would be expanded to include millions more people. Employers would face new requirements and incentives to provide insurance to their workers. And people who either couldn’t afford employer coverage or didn’t have the option could buy insurance directly from insurers through a new regulated marketplace called the “exchange.”

Calculating the out-of-pocket costs is less than exact, because the House bill relies on complex formulas that dictate how insurers must structure deductibles and co-insurance in their policies. To evaluate likely cost sharing, KHN examined three different models put together by experts, including the one from the Ways and Means Committee. 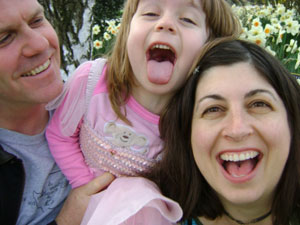 Pam Hartman is a Seattle school teacher whose husband lost his job as an environmental consultant last year. Hartman and her daughter currently are insured through the school where she teaches. They only pay $75 a month, but she says it would cost another $450 a month to add her husband, who doesn’t have insurance, to the plan.

“I try not to worry about it because I can’t do anything about it, but if he gets seriously sick, we’re totally screwed,” she says. “We have no money. We would lose the house.”

Under the House plan, if Hartman earns $38,000 next year, as she expects, she would be able to drop her employer coverage and buy insurance directly, with the government picking up all but $174 a month in premiums.

The House plan also would establish a sliding scale to determine how much of the copayments and deductibles people would have to pay. Those in poverty would pay almost nothing, while affluent individuals could be responsible annually for up to $5,000 in out-of-pocket costs. For families, the cap would be $10,000.

Should her family run up substantial medical costs in a year, such as major surgeries or hospitalizations, Hartman’s family could be responsible for $4,400 in out-of-pocket payments. Along with her premiums, her family could face costs equal to 17 percent of her earnings.

No Consensus on What’s Affordable

There is no consensus about how much people can afford to pay out of their pockets on health care before the costs impinge on other core areas of their lives. Some economists, such as Mark Pauly, a professor at the Wharton School of the University of Pennsylvania, say that since most people who earn above three times the poverty level ($32,000 for individuals) already hold health insurance, “how can you say the remainder can’t do it?”

But the Colorado Center on Law and Policy examined the household budgets of 903 low- and moderate-income families and concluded that those who spend more than 5 percent of earnings on health care end up making sacrifices in child care, transportation, housing or other areas. Some of these families, faced with significant debt and insufficient income to meet their expenses, could not afford much more than token premium costs, the survey determined.

The overhaul plan would offer little benefit for some of those families who say they are struggling right now to afford insurance.

To cover her husband, herself and their three children, Liz Stevens, a business manager at a small design firm who lives in Waterbury, Vt., says she currently pays $8,687 in premiums for insurance, and her employer chips in $2,213.  In addition, she contributes $2,600 to a health savings account while her employer pays $1,500; the money goes toward her plan’s $4,000 annual deductible. All told, the family’s share adds up to about 12 percent of the Stevens’ income of roughly $91,000 a year.

Those costs are so high, Stevens says, that she and her husband stopped saving for college or retirement, and are discussing dropping out of her employer’s plan and enrolling their three children in the state insurance Vermont offers to minors. Stevens and her husband would then go without coverage, as they did during the family’s leaner financial years. As it is, she says she already shuns regular check-ups for herself to save money.

“It’s the equivalent of what happens with people without health insurance: you avoid going to the doctor,” she says. “It definitely changes your mental approach.”

Under the House bill, Stevens would have to pay more than $10,000 a year on premiums before the government subsidized the remainder. Even then she would still be on the hook for deductibles and face as much as another $10,000 in out-of-pocket costs should family members fall very ill. “The least expensive option for her would be to keep her current employer coverage,” says Ken Jacobs, chairman of the University of California, Berkeley’s Center for Labor Research and Education, who reviewed the case for KHN.

In recognition that lawmakers’ efforts may still leave some Americans unable to afford coverage, all the congressional plans would allow people to opt out of the requirement that they buy insurance if the premiums eat up too much of their earnings. That’s what Massachusetts did when it created the health care plan that congressional Democrats are using as a model. In 2007, Massachusetts excused 76,000 adults, or nearly 2 percent of tax filers, from the mandate to buy insurance, because their coverage was deemed too expensive.

But that would leave people such as Stevens in the same situation they are in now. Stevens says she isn’t optimistic about the prospects of congressional negotiations “because I think it’s going to work out that guess who nothing will change for? Me.”

Health Bills Might Not Protect Some Needy Americans, Experts Say