As health care continues to be a major issue for American consumers and voters, readers write in with questions.

Are the health insurance rebates that some insurers must pay their members under the health law owed only to those currently covered by a policy, or are they retroactive? My son was covered until March 2012 by a policy he purchased himself. 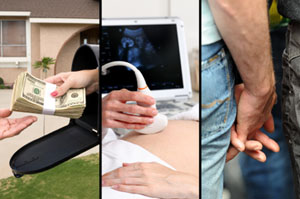 Under the health law, insurers must spend at least 80 percent of the premiums they collect on medical care and on measures related to health-care quality. Otherwise, they must pay rebates to consumers and employers for the portion of the premiums collected that were over the limit. (For large-group plans, the threshold is 85 percent.) The first rebates, for 2011, are due by Aug. 1.

Even if your son has left his plan, he would qualify for a 2011 rebate if his insurer didn’t meet the threshold, according to the Center for Consumer Information and Insurance Oversight, part of the federal Department of Health and Human Services.

HHS estimates that 12.8 million Americans will receive more than $1.1 billion in rebates this year.

Insurers may issue rebate checks directly to policyholders or use the rebate amounts to reduce future premiums, according to HHS. Since your son purchases an individual plan and is no longer covered by it, his future premiums can’t be reduced. Therefore, he would probably receive a check in the mail if the plan is required to pay rebates, say experts.

Whatever form the rebate takes, it’s important to keep in mind that it may be taxable. According to the Internal Revenue Service, if people deduct their health insurance premiums on their tax returns, they may owe some taxes on any rebate they receive.

I was married in the District to a same-sex spouse. I work for the federal government. What information do you have regarding health coverage for same-sex spouses?

More than half of Fortune 500 companies offer domestic partner benefits to their employees, says Brian Moulton, legal director at the Human Rights Campaign, an advocacy organization.

More than a dozen states and the District recognize same-sex partnerships and generally accord them the same legal rights for health insurance and other benefits as opposite-sex partnerships, according to a report by Mercer, a human resources consulting firm. (Maryland’s law becomes effective Jan. 1, 2013, if it survives a referendum in November. Virginia has no law.)

The situation is different for federal employees, however. The federal Defense of Marriage Act defines marriage as a legal union between a man and a woman, and a spouse as someone of the opposite sex. Federal agencies follow DOMA; according to the website of the Office of Personnel Management, that means that same-sex partners are ineligible for health coverage through the Federal Employees Health Benefits Program.

There have been several legal challenges to the law, including a Massachusetts case in which same-sex couples who were legally married in that state claimed the law violated their constitutional rights to equal protection. In May, the U.S. Court of Appeals for the First Circuit found in their favor, the first appeals court to rule on the constitutionality of DOMA, says Moulton. Experts say the case will likely go to the Supreme Court.

Unless and until that happens, however, “there’s not a good answer for this particular individual,” says Cathy Stamm, a senior associate at human resources consultant Mercer.

My granddaughter is looking for an individual health policy in Florida. She was told that she will not find an individual policy there that will cover pregnancy. She is not planning a pregnancy but wants coverage if that should happen. Under the health law, will insurance companies have to offer this coverage?

Nine states require all insurers in the individual market to cover maternity care, according to a recent report by the National Women’s Law Center.  But Florida is not one of them.

“Insurers figure some people will wait until they know they’re trying to get pregnant before they try to buy insurance,” says Adam Sonfield, a senior public policy associate at the Guttmacher Institute, a research and advocacy organization.

Group coverage is different. Employers with 15 or more employees are generally required to provide maternity coverage under the Pregnancy Discrimination Act.

In states where maternity coverage in the individual market isn’t mandated, only 6 percent of plans offered it, according to the NWLC report.

Starting in 2014, maternity coverage will improve considerably for people who buy their own insurance. Under the health law, maternity care is one of a number of services considered to be an “essential health benefit.” All plans that are sold on the state-based health insurance exchanges must cover those services. In addition, new health plans sold outside the exchanges must also cover maternity and newborn care.

Please send comments or ideas for future topics for the Insuring Your Health column to questions@kaiserhealthnews.org

Even After Changing Policies, Some Consumers May Get A Rebate