There has been much hand wringing over the health law requirement that large employers this year offer insurance to workers who put in 30 or more hours a week or face penalties for not doing so. The new rules would cost employers a bundle, some fretted, as part-timers clamored for company coverage previously unavailable to them. Others worried that employers would cut workers’ hours to get under the cap. 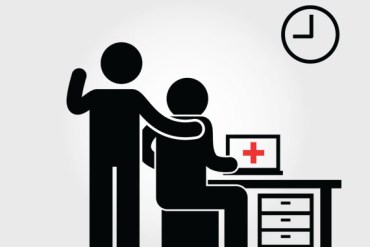 A new study found that so far there’s little cause for concern: Average enrollment in company plans was essentially unchanged between 2014 and 2015 at 74 percent of all workers.

The survey of nearly 600 employers by benefits consultant Mercer found that in 2015 the average percentage of employees who were eligible for coverage increased 1 point to 88 percent, but it was offset by a drop in the enrollment of eligible workers of 1 point on average, to 83 percent.

Part of the explanation for the stable results stems from the fact that most employers were already in compliance, says Beth Umland, Mercer’s director of research for health and benefits.

In 2014, employees had to work 25 hours a week on average to be offered health insurance, according to Mercer. That figure has edged up since 2011, when it was 23 hours weekly, but is still well below the law’s 30-hour threshold.

Still, while the expansion in eligibility wasn’t a big change for many employers, “if you were impacted you were really impacted,” says Tracy Watts, Mercer’s national leader for health care reform.

Food and lodging companies were most affected by the new rules, with the average percentage of workers who were eligible for coverage increasing from 57 to 60 percent. Other industry sectors that felt the change included health care, where per diem nurses and other professionals take on short-term assignments, and higher education, which employs many part-time adjunct professors, says Watts.

Even though the health law aims to encourage employers to offer coverage by imposing fines on those who don’t do so, not all take advantage of the offer. Workers might not sign up because they have other options under the health law. Low-income workers may be eligible for Medicaid in states that have expanded coverage to adults with incomes up to 138 percent of the federal poverty level. Young people can stay on their parents’ plan until they turn 26 under the health law, and many people continue to get coverage through their spouses.